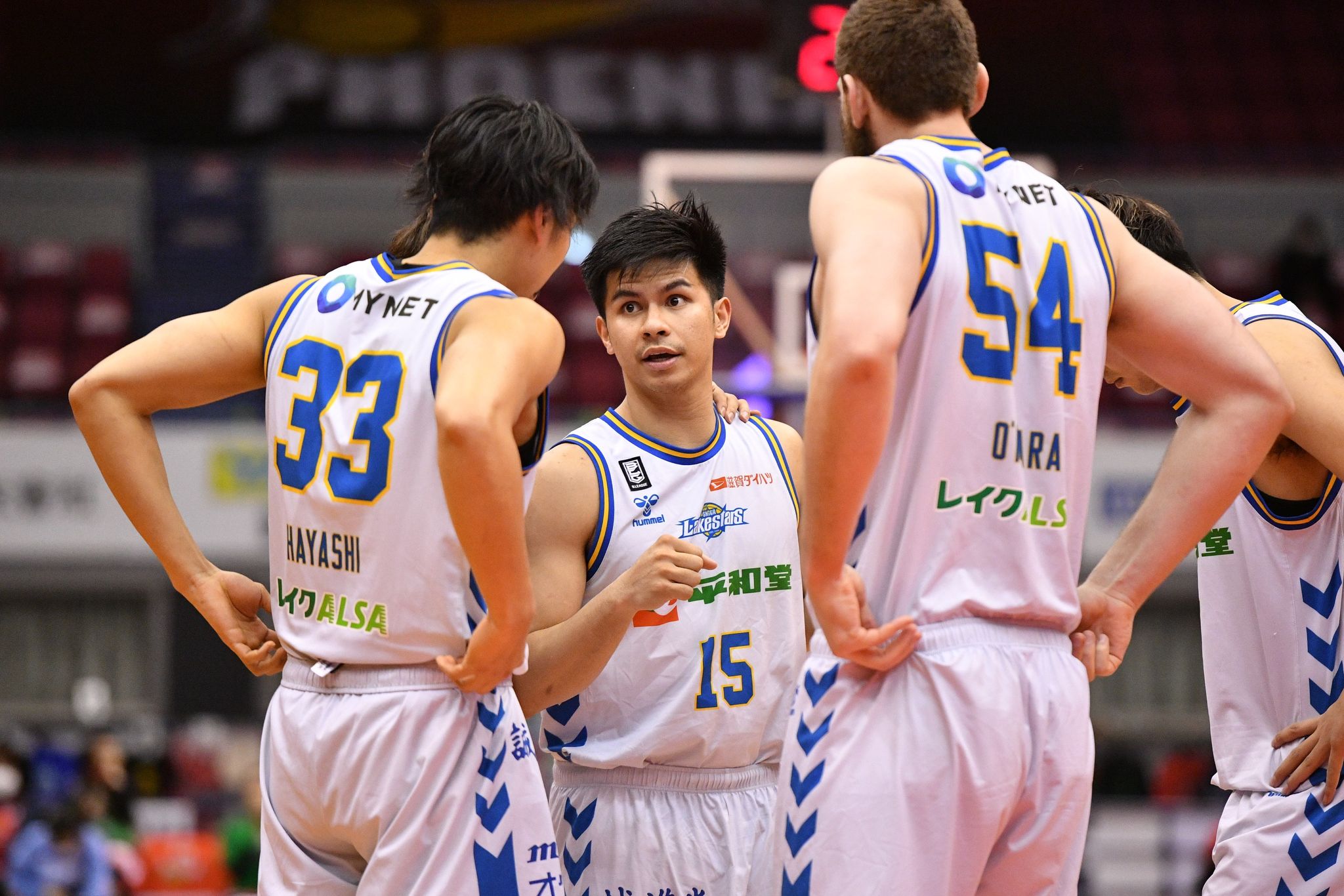 Kiefer Ravena and Shiga showed rust in their first game since January 3 but still mustered a 104-100 win over San-En in the 2021-22 B.League season, Saturday at Hamamatsu Arena.

The Lakestars have been ravaged by the ongoing COVID-19 outbreak in Japan, missing action for the last 54 days.

It showed in Ravena’s game, as he went just 1-of-10 from the field for nine points. The second generation cager still dished out 10 assists with five rebounds and two steals.

But it was not just Ravena who struggled but also Shiga, who saw their 15-point third quarter lead fall apart late.

With 41 seconds left, Elias Harris drained a clutch trey to cut the lead down to a solitary point, 99-100.

After a series of turnovers from both sides, Sean O’Mara knocked down two big free throws to extend their lead to three with 12 seconds left.

Shiga went up to 10-17 in the standings while giving San-En its ninth straight loss to fall to 4-28.

O’Mara led the way for Shiga with 37 points and 19 rebounds, while Gadson added 27 points, eight rebounds, and five assists.

Harris had himself a game for San-En with 29 points and seven rebounds. Carter got 14 points, nine rebounds, and six assists, while Shuta Tsuyama and Kazuma Tsuya each had 12 points apiece.

Thirdy missed the game due to national team duties.