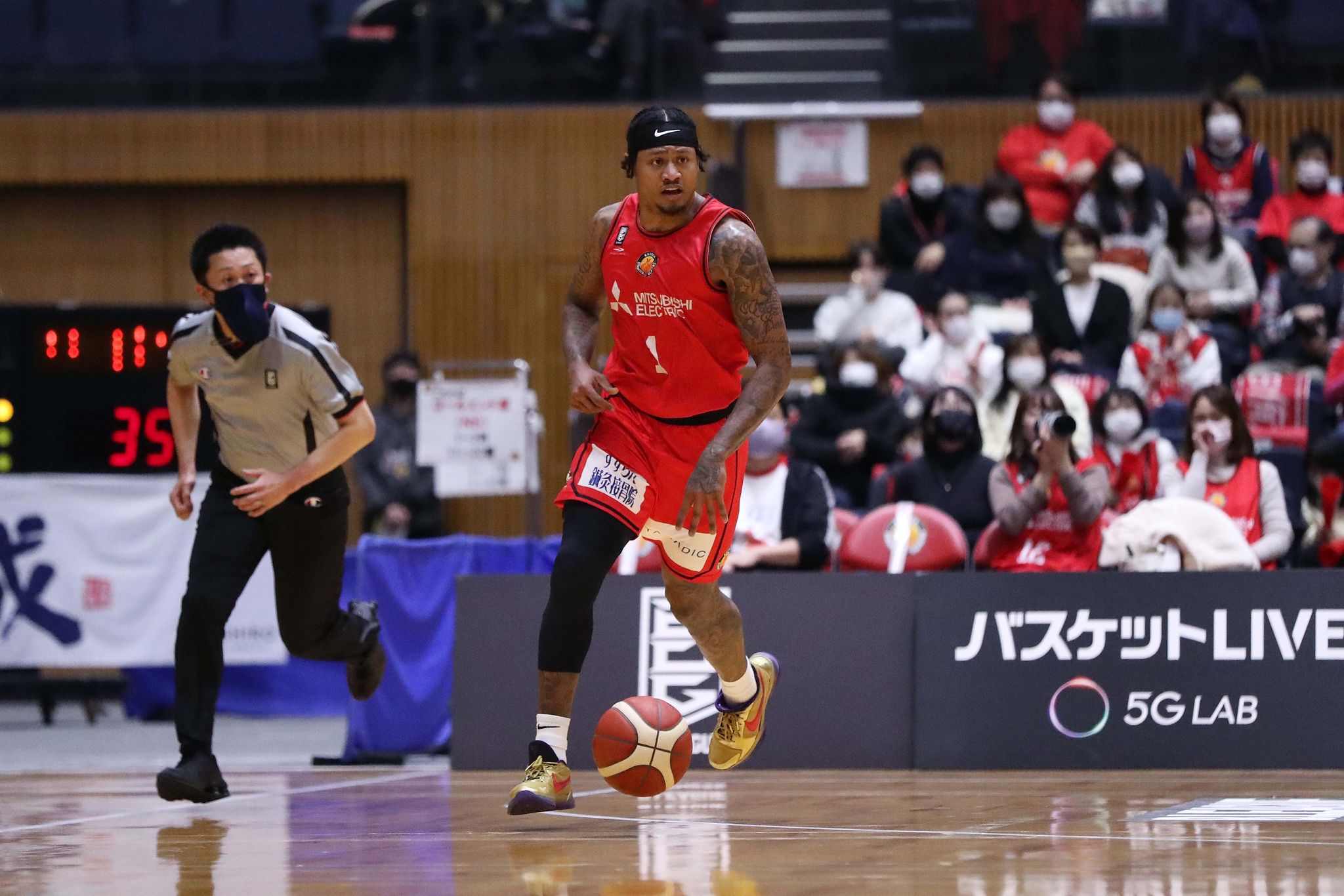 Nagoya rallied back from 14 points down to its weekend series against Shinshu, taking an 81-76 win in the 2021-22 B.League season, Sunday at Dolphins Arena.

It was a thrilling win for the home team, as it went up to 24-10 in the standings to keep solo third in the West District of Japan’s premier league.

Falling behind by as much as 14 points, the Diamond Dolphins stormed back.

Though Ko Kumagai kept Shinshu afloat after two free throws with 54 seconds left that cut the lead down to five, defensive stops in the end game sealed the win.

Clark led Nagoya with 18 points, eight rebounds, and two steals. Ovie Soko got 15 points from off the bench duties.

Takumi Sato and Tenketsu Harimoto chipped in 13 and 16 points, respectively.

After dropping 18 points yesterday, Ray Parks was limited to just six points on 2-of-10 shooting from the field.

Shinshu, meanwhile, suffered its third straight loss to fall to 19-22 in the standings.

Both Wayne Marshall and Kumagai got 18 points apiece for Shinshu. Reo Maeda added 15 points, while Josh Hawkinson tallied a double-double with 14 points and 18 rebounds.

Nagoya will next face Mikawa on Wednesday still at Dolphins Arena. Meanwhile, Shinshu will host Toyama on the same day at White Ring.