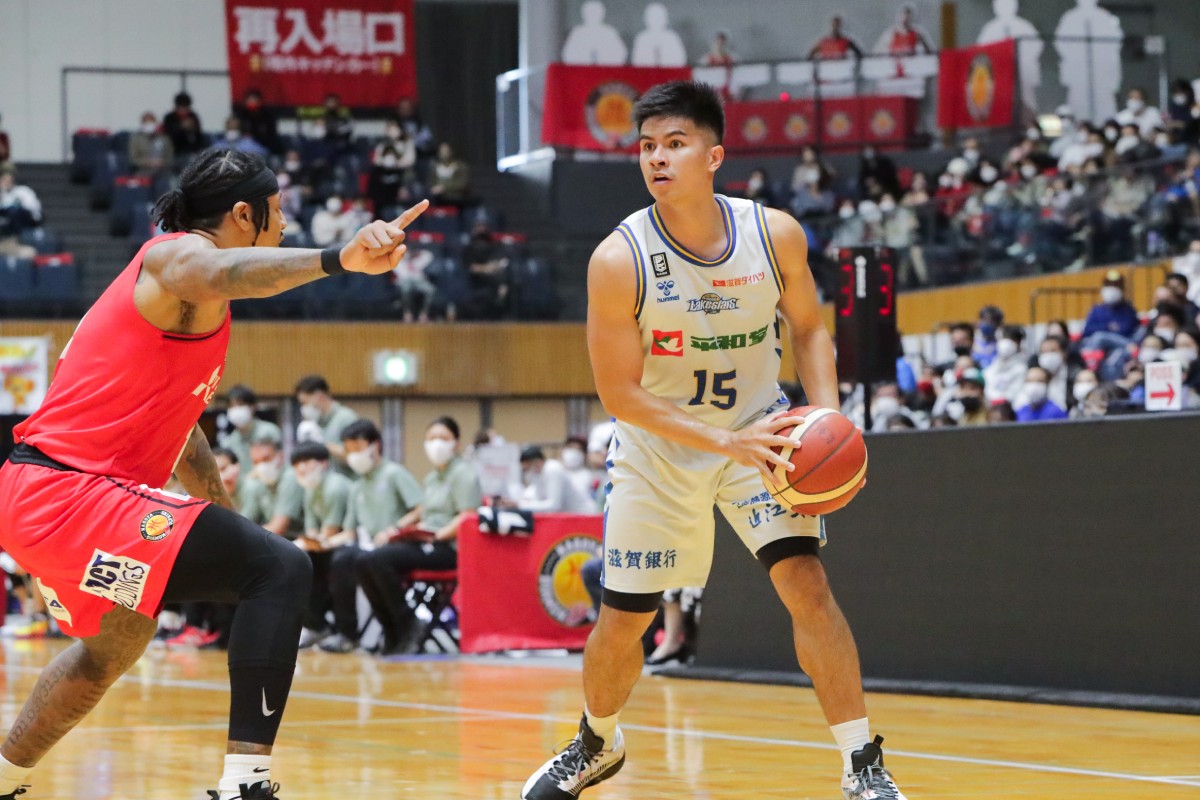 Kiefer Ravena and Shiga exacted vengeance on Ray Parks and Nagoya by giving their opponents a dose of their own medicine, taking a 110-79 win to close out Week Four of the 2021-22 B.League season, Sunday at Park Arena Komaki.

In contrast, Parks tallied 22 points on 9-of-15 shooting with four rebounds and four assists. Furthermore, he was checked all game long. The three-time ASEAN Basketball League MVP only had seven points on four shot attempts with two turnovers.

On fire was Ravena right from the get-go, firing triple after triple to help his side gain a 31-12 advantage in the opening frame.

Ovie Soko also had 26 points and 14 rebounds for the blue shirts while Sean O’Mara added 22 points and nine rebounds.

Teppei Kashiwagura had 16 points as well for the Lakestars built on five treys.

Shiga raised its record to 6-2, while dropping Nagoya to 4-4.

Coty Clarke paced the Diamond Dolphins with 26 points, seven rebounds, five steals, and four assists while Scott Eatherton got a double-double with 19 points and 10 rebounds.

Ravena and the Lakestars will next face Kawasaki on Wednesday at Ukaruchan Arena. On the same day, Parks and the Diamond Dolphins will face Kiefer’s brother Thirdy and the NeoPhoenix at Toyohashi City Gymnasium.