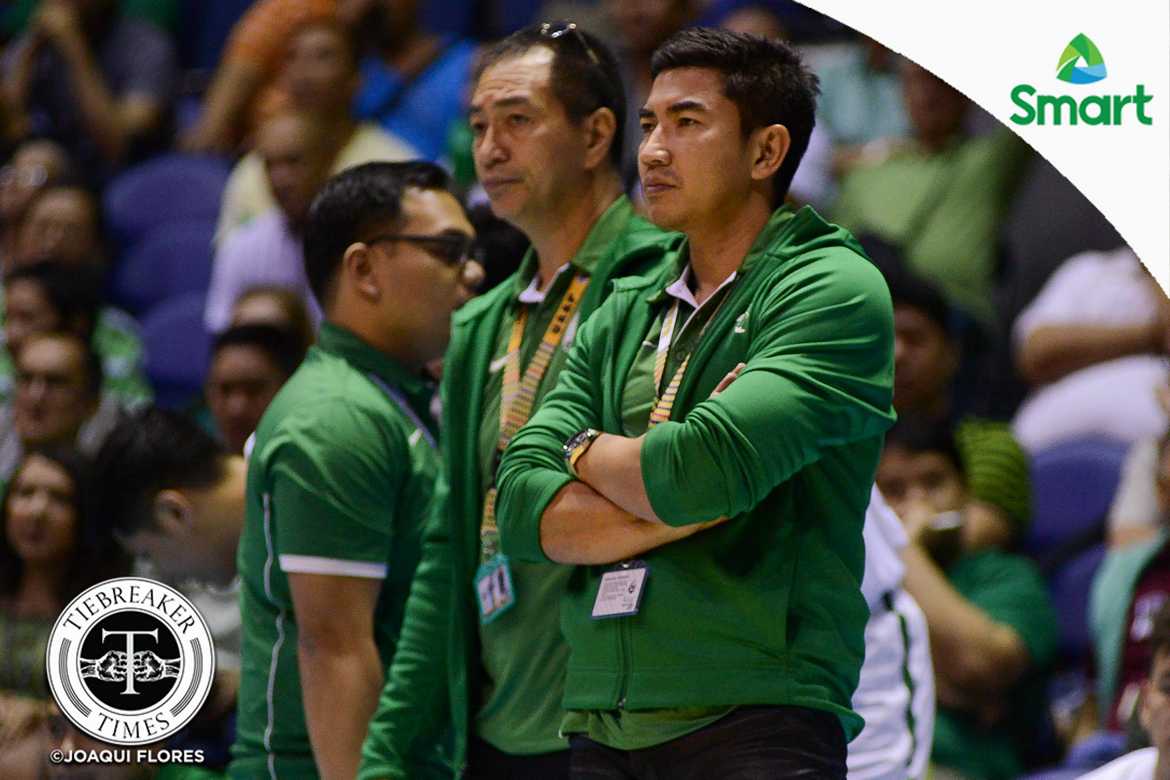 With La Salle up 78-40 with 7:06 left in the game, the Green Archers five on the floor featured Cameroonian student-athlete Ben Mbala, Filipino-Americans Jason Perkins, Julian Sargent, and Abu Tratter, and Pampanga-native Mark Dyke. It was the first-time in a UAAP-sanctioned game that that five was on the floor. The line-up was on the floor until Perkins fouled out with 4:35 left.

Critics said that it was “disrespectful” or it was done in bad taste. Ayo explained the logic in putting a line-up like that Wednesday afternoon.

For him, he just wanted to make a statement how well-rounded the built of this batch of Green Archers is.

“I make sure na may na-aachieve kami and gusto ko rin magkaroon kami ng impression sa teams na hindi lang kami small-ball. We have all the materials, we can go big, we can go small.”

He then asked why no one questioned him during La Salle’s first-round encounter against the NU Bulldogs that saw him play Mbala at center, Ricci Rivero at the four, while point guards Aljun Melecio, Kib Montalbo, and Thomas Torres at backcourt.

The 39 year old then shared that everything decision he makes is just based on everyone’s goal: to win.