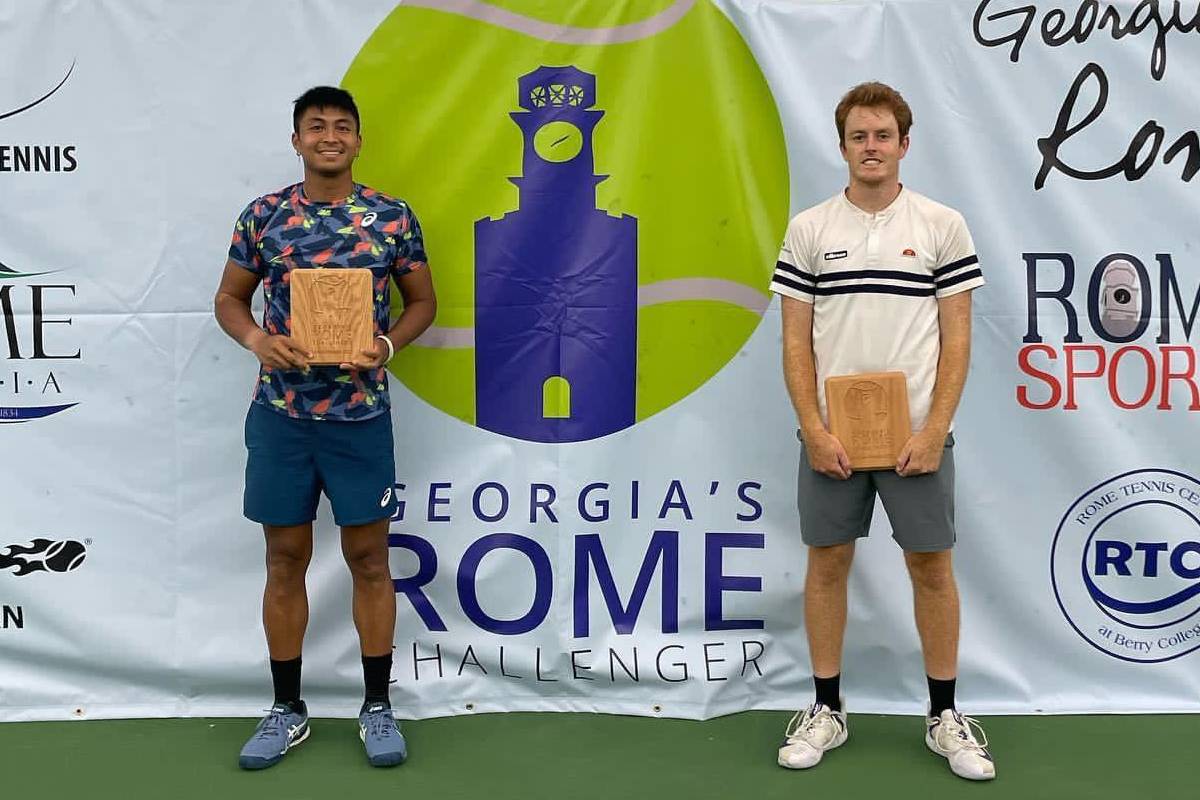 Ruben Gonzales and Reese Stalder of the United States settled for runner-up honors as they could not overcome the in-form fourth seeds Enzo Couacaud of France and Andrew Harris of Australia, falling 4-6, 2-6 in the finals of Georgia’s Rome Challenger held on Saturday at the hardcourts of Rome, Georgia, United States.

Seeded second in the $53,120 ATP Challenger event, Gonzales and Stalder had their chances but could not make headway in the opening set which was a close affair that was separated by a lone service break by Couacaud and Harris.

The second set, however, was more definitive in favor of the French and Australian duo.

Although Gonzales and Stalder finally were able to break serve, Couacaud and Harris countered with three service breaks of their own to close out the match.

Couacaud and Harris blitzed through the competition the entire week and never dropped a set in four matches.

The runner-up finish is the best result thus far in four tournaments together for Gonzales and Stalder.

They will hope to carry over the momentum of their outstanding play this week when they compete next in the Rajeev Ram Foundation Indy Challenger in Indianapolis which begins on July 18.