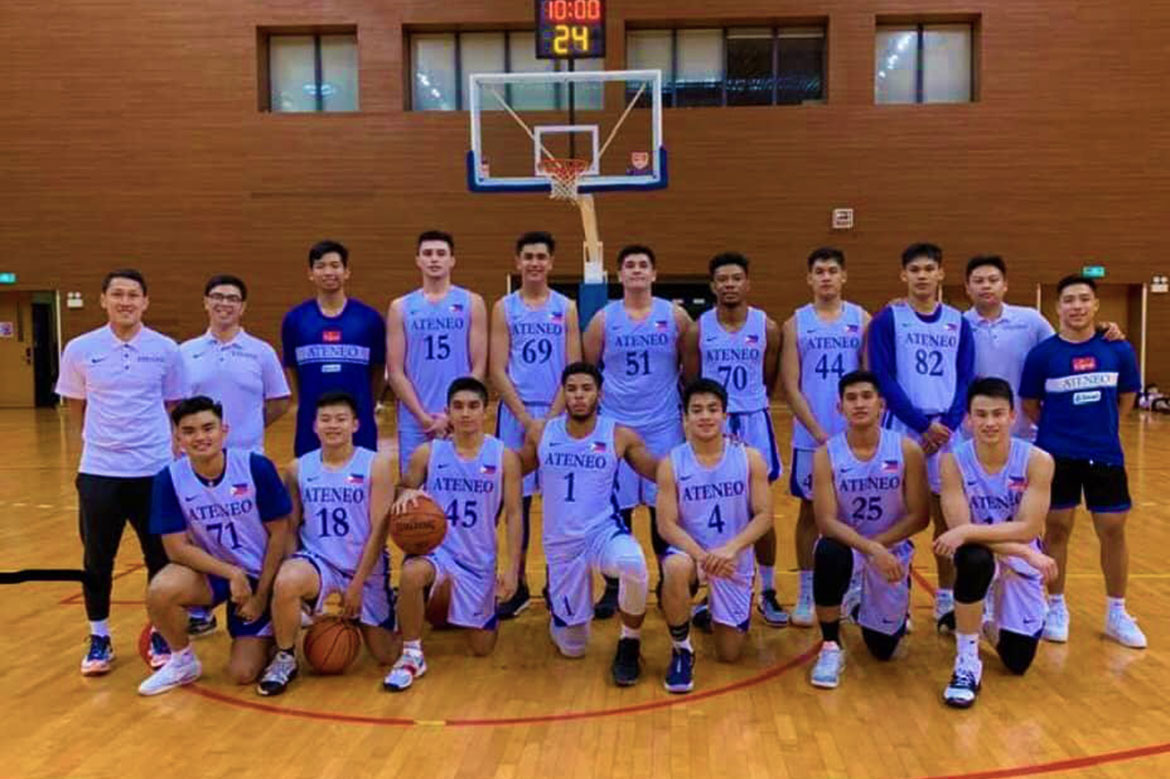 When Ateneo tapped Coach Tab Baldwin as the Blue Eagles’ head coach four years ago, the former Gilas Pilipinas envisioned to have a holistic program. And this includes the Team B squad of the school that is known as Glory Be.

Sunday evening, Ateneo’s Glory Be brought home gold in the 2019 International University and Youth Basketball Tournament after trouncing South Korea’s Kyungghee University, 64-54, at the Sports Pavillion of University of Macau.

“I think we are still far from Coach Tab’s vision of being a strong team but the players and the team in on the right track,” said Glory Be mentor Yuri Escueta.

“Our main goal for our Team B players has always been to prepare them for Coach Tab’s system and for them to improve their individual skills.”

Up by three with six minutes left in the game against Kyungghee, an Inand Fornillos putback sparked Ateneo’s breakaway run.

Guard Miguel Fortuna knocked down a triple to extend the lead to eight.

While Patrick Maagdenberg connected on a triple to stop a Kyungghee rally with 4:20 left.

With 2:36 left, the returning Troy Mallillin knocked down a dagger triple that extended Ateneo’s lead to 13.

In order to get to the finals, Ateneo needed to outlast Taiwan’s Ming Dao University in the semifinals, 91-86.

To make it to the knockout semifinals, Glory Be topped Pool D, a group that also had host University of Macau, Century GNES of Malaysia, and Wuyi University of China.

“We joined this tournament to show the program’s commitment to our Team B players,” expressed Escueta.