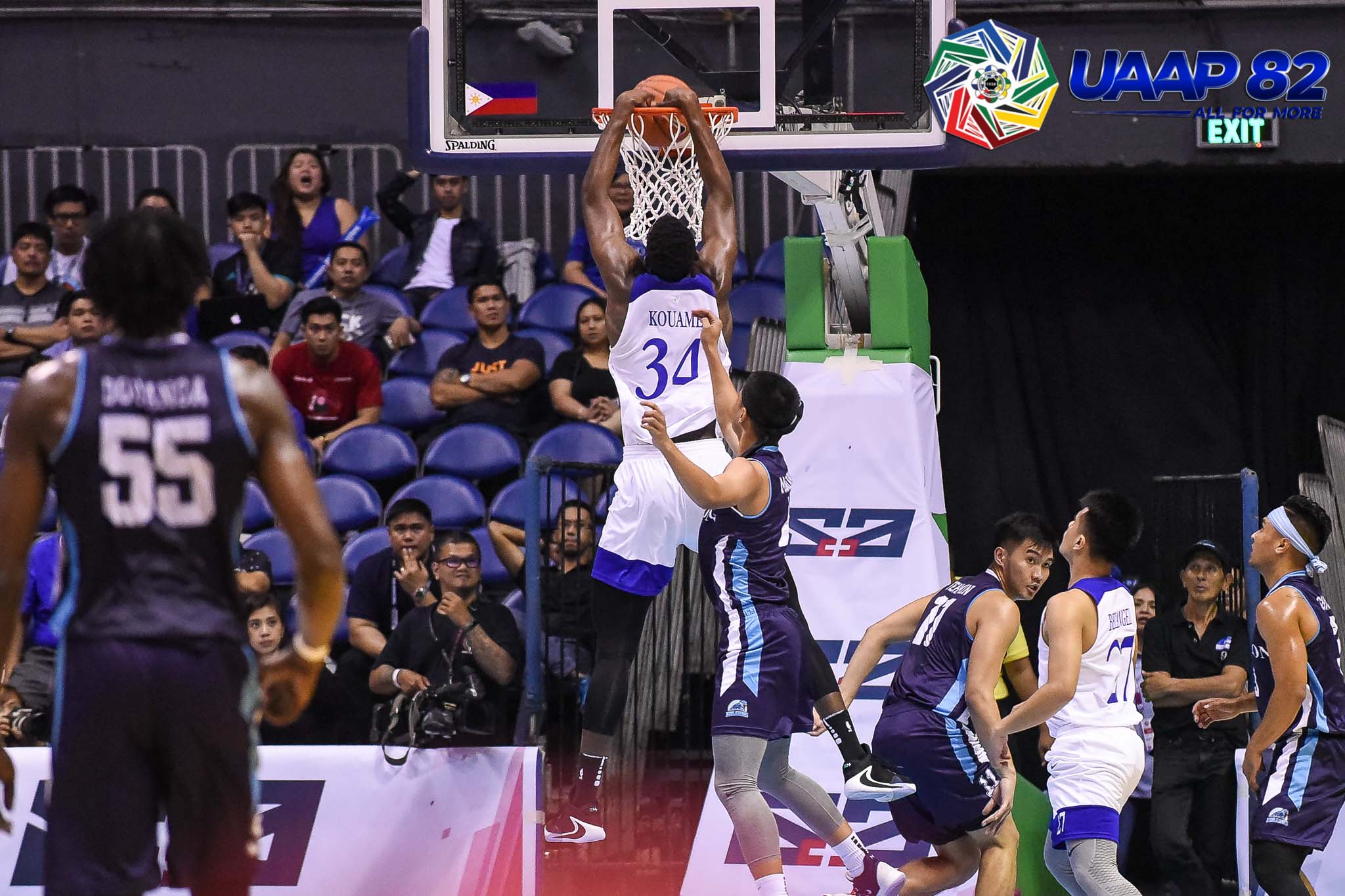 Angelo Kouame powered the Ateneo de Manila University to a 70-52 conquest of the Adamson University Soaring Falcons on Wednesday in the UAAP Season 82 Men’s Basketball Tournament, at Smart Araneta Coliseum.

The Ivorian big man bullied his way to 17 points, 11 rebounds, six blocks, and three steals to help the Blue Eagles notch their first win in their quest for a three-peat.

Still, it wasn’t an easy victory. Ateneo lost hold of a 23-point third-quarter lead, 48-36, and saw Adamson slice it down to just five. The Blue Eagles then went on a 13-0 salvo to end the game.

“We knew it was going to be tough,” sighed coach Tab Baldwin. “It’s the last team I really wanted to see in the first game.”

Matt Nieto contributed 14 points, four assists, and two boards for the Blue Eagles. He played a big role in staving off the Soaring Falcons after they closed in, 57-52, in the last 4:26.

Thirdy Ravena recorded a double-double with 10 points, 13 rebounds, four dimes, one steal, and one rejection. Meanwhile, Will Navarro tallied nine points and 11 boards in the win.

Adamson rode the hot hands of Valandre Chauca, who went 3-of-6 from beyond the arc to lead his side with 17 points and four assists.

The Fil-Peruvian’s hot streak was a big factor in helping the Soaring Falcons get back in the game. They used the 19-2 run to crawl their way back to a 50-45 deficit with 7:09 remaining.

Jerrick Ahanmisi and Congolese slotman Lenda Douanga were limited to just seven points each in the losing cause for Adamson.

READ  From Zero to Hero: Sean Manganti bounces back in a big way