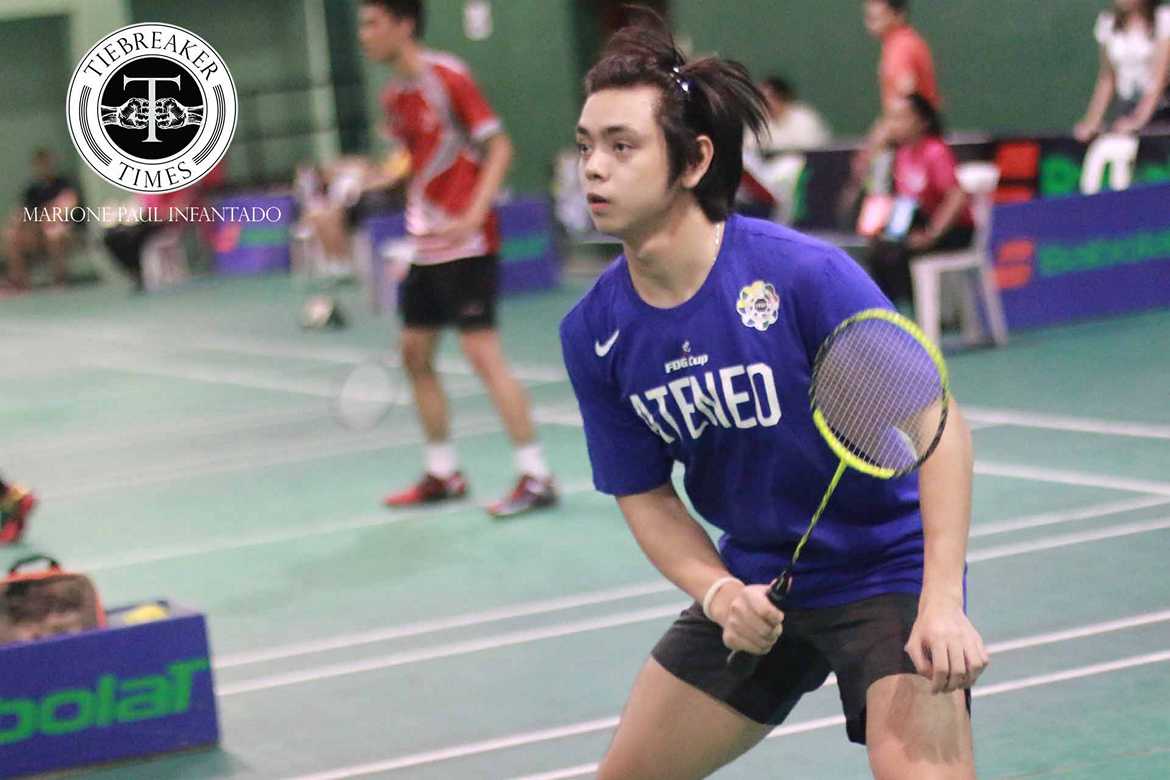 Ateneo sophomore, Jan Mangubat, was the first player to hit the court against AdU. In 26 minutes, Mangubat made smash after smash, hitting Adamson’s Elben Concha with several runs, 21-13, 21-14.

In the second singles, Blue Shuttler Clarence Filart got a landslide victory, defeating Gerioth Delizo, 21-7, 21-6 in just 21 minutes. Most of Delizo’s scores came off costly errors from his opponent.

Securing the win, the Hanz Bernardo-Mangubat duo showed resilience on the court against Adamson’s Aldrin Paglibaro and Gerioth Delizo. However, in the first set, the AdU doubles got the lead at 11-8, but the Blue Shuttlers struck back and made a 5-0 run, and eventually getting the set, 21-14. After the first set, it was an easy win for the Ateneo duo, as the Blue Falcon pair lost their composure and gave away the win, 21-14.

Carlo Remo and Patrick Gecosala stumbled a bit on the court, losing the first set to Adamson’s Elben Concha and Joshua Antonio, 20-22. However, they were able to bounce back in the second and third sets, 21-15, 23-21.

In the last singles, Keoni Asuncion put Joshua Antonio through his paces as he quickly ended the game, 21-5, 21-11.

The Ateneo Blue Shuttlers are now at third place with a win-loss record of 4-2, while Adamson stay at the bottom.