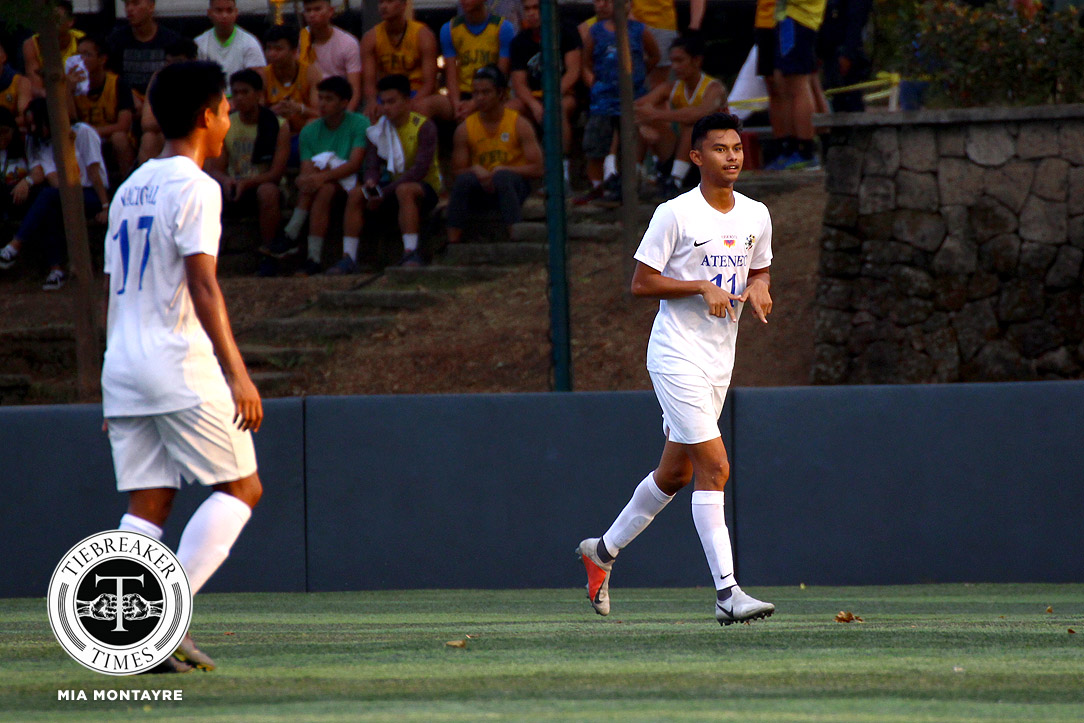 While a draw would have been enough, the Blue Eagles secured a 3-0 victory over the University of the East Red Warriors, Sunday morning at the FEU-Diliman turf.

Jay Pee Merida’s men are the second team to book their tickets to the post-season after the Far Eastern University Tamaraws. If the Tamaraws fail to win in their final elimination round assignment, then the Blue Eagles clinch top spot.

“We’re very happy ngayon talaga sa result because we [entered] the Final Four. We got our first objective. We made it na so of course, we have to back again now for the second objective, which is to play better in the semi-finals,” said Merida.

Mark Nacional set the Blue Eagles on their way to the vital win when he put his team in front after just three minutes of play with a cool finish past UE goalie Franz Rieza.

Jarvey Gayoso then raced ahead of the Red Warriors backline to double Ateneo’s lead in the 68th minute. Midfielder Niño Herrera then converted from close range four minutes from fulltime to wrap up the three-goal rout.

“Of course, it was (a) very disappointing (performance) last game against UST,” added Merida. “We were very complacent dun sa result. We thought kasama na kami sa top four. Maganda ngayon we got the most important three points to be part sa top four.”

Ateneo (26 points) await their next opponent in the Final Four. Meanwhile, UE (9 points) end their campaign against the University of the Philippines on May 2, 2019, 9:00 AM at the same venue.

#ReadMore  Pablo sees the need for her all-around contribution