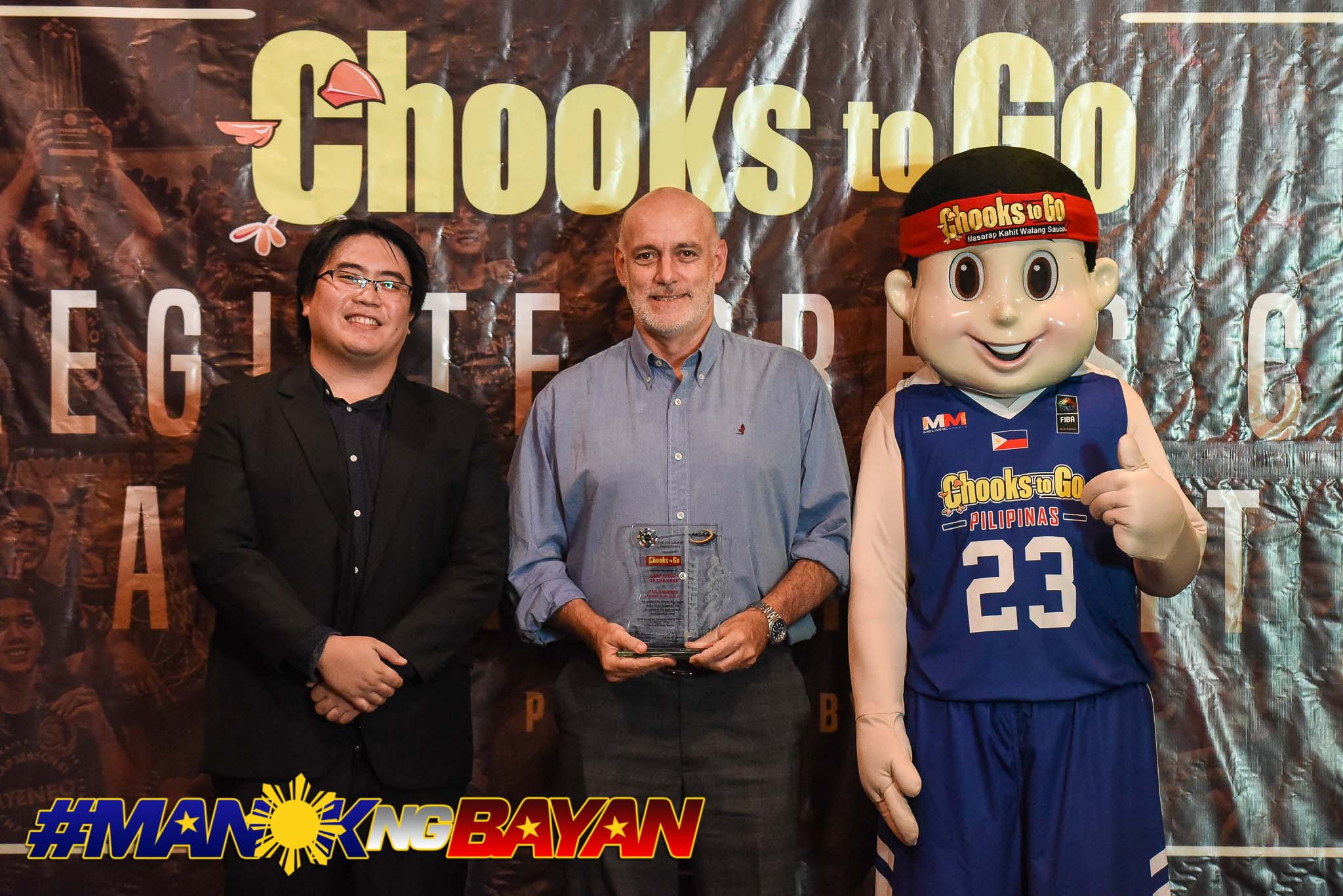 Last Monday was a busy day for some members of the Ateneo Blue Eagles.

Right after Cignal-Ateneo booted out the Chadao-FEU Tamaraws in the quarterfinals of the PBA D-League at the Ynares Sports Arena in Pasig, Thirdy Ravena, Angelo Kouame, and Tab Baldwin packed their bags and headed straight to the Amelie Hotel in Manila.

And it’s something Baldwin doesn’t want his boys to miss.

“Obviously, it’s an honor to be acknowledged by anybody. And when the press corps does it, they cover what we are doing very closely so they have a good feel of what’s going on. I had this award before and every time, it’s really an acknowledgment of the team and the staff,” he said. “You know, coaches are just a reflection of their team. We don’t score any baskets or get any rebounds.

“So when a team does well, it’s very standard that the coaches are acknowledged. I’m just honored to have a team that I’m proud to be the coach of.”

Unlike last year, however, the Blue Eagles’ pre-season plans are still not set in stone.

But with the Blue Eagles advancing to the best-of-three semifinals in the PBA D-League, the defending, back-to-back UAAP Men’s Basketball champions may be unable to book any camp abroad.

“Look, we would like to. But obviously, the D-League requirements now will carry us through June. Even if we get knocked out, you have to plan as if you are going to be abroad,” disclosed the third-year Blue Eagles mentor.

“So, we can’t put chores together overnight.”

Last year, the Blue Eagles went to Greece for a series of tune-ups against A-2 level squads and the Greek youth team. They then represented the Philippines in the William Jones Cup.

With the D-League, Ateneo didn’t join any summer leagues as well outside of the second league.

“So I don’t think we are going anywhere in June which is unfortunate because we would like to,” Baldwin continued as squads like UP, La Salle, and UE already have their camps abroad booked.

“We are trying to put something in July but now we are not sure.”