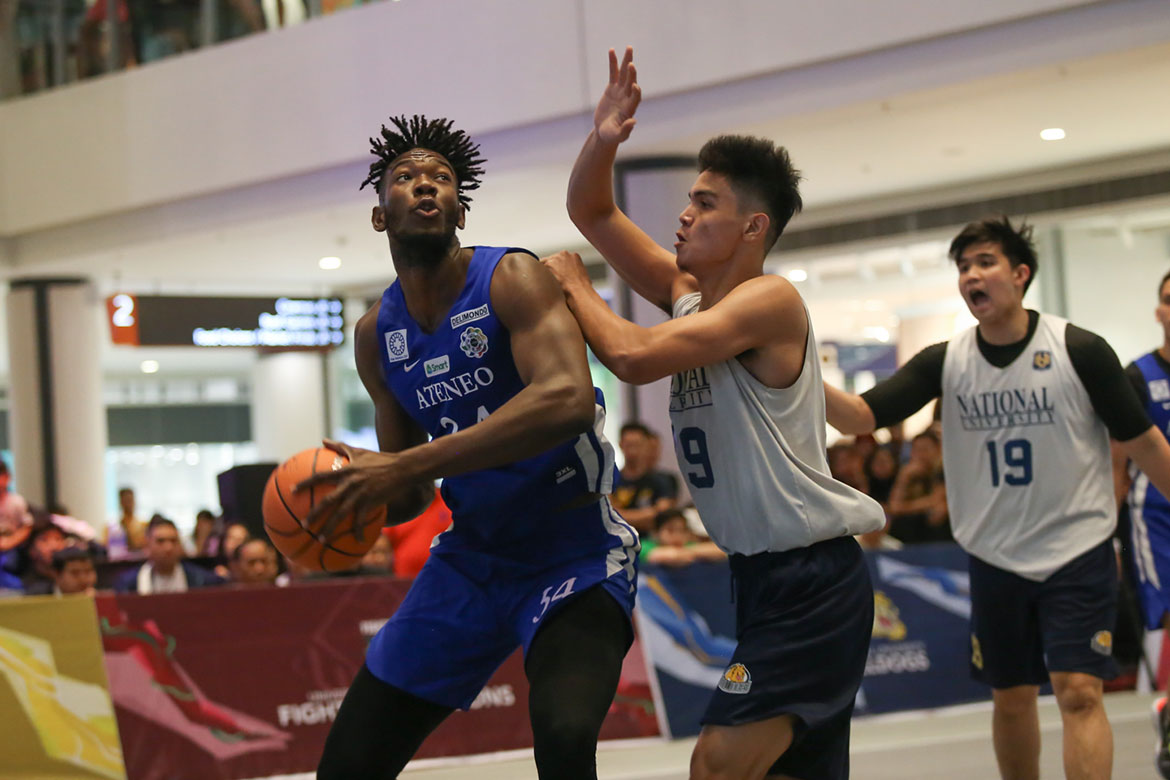 The defending, two-time five-on-five men’s basketball champions were untouchable in Day 1 of the UAAP Men’s 3×3 Basketball tournament, going 3-0 to take the lead, Saturday at the Ayala Malls Feliz in Pasig.

Ateneo defeated the NU Bulldogs, the FEU Tamaraws, and the Adamson Soaring Falcons by an average margin of 4.3 points per game.

Ivorian tower Angelo Kouame proved to be the difference for Ateneo as he has been dominant in all three games. Thirdy Ravena and Matt Nieto were equally dangerous as well.

Placing second in the standings are the UP Fighting Maroons and the DLSU Green Archers.

UP’s sole loss in the tournament came against the UST Growling Tigers, 8-12. Renzo Subido, Rhanz Abando, and Soulemaine Chabi Yo had four points each in the contest.

On the other hand, La Salle’s defeat came from UP, 11-14, that saw Juan Gomez de Liano and Ricci Rivero score five points each.

Behind Abando’s stellar 3×3 debut, UST soared to the top four of the standings with an even 2-2 slate.

FEU and Adamson ended up with one win each while Adamson went winless in three tries.

On Sunday, the two-day tourney holds its final day of competition. Before the semifinals and the finale, Ateneo will take on both UP and La Salle in their last games of the elimination round.