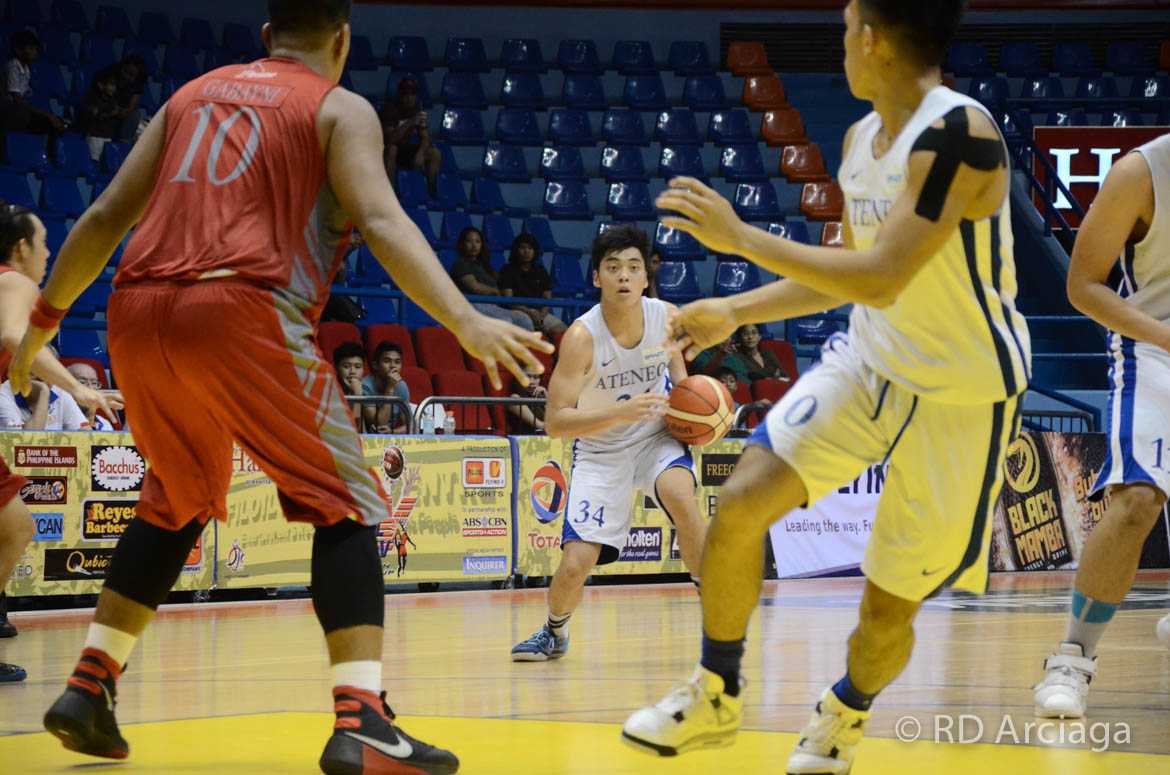 Thirdy Ravena led the Blue and White with another spectacular outing. He had 15 points and eight boards. Moreover, he was efficient from the field in shooting 6-for-11 from the field.

The Blue Eagles took a 38-28 lead entering halftime as 16 players were fielded by the Ateneo staff. The troika of CJ Perez, Aaron Black, and Tyler Tio all scored six points during that span.

Lyceum was able to cut the lead to just six, 46-40, late in the third frame but Thirdy Ravena was able to spark a 7-2 rally capped by a buzzer-beating triple by Black to give the Blue Eagles a 53-42 lead entering the final frame.

Outside of big man Harry Nzeusseu, the Pirates had a tough time stringing together a rally in the fourth quarter while the Blue Eagles went on an 8-2 spurt with buckets coming from Shaggy Almond, Tio, and Mike Nieto to give Ateneo a 63-48 lead with 4:16 remaining. It proved to be enough as the Blue Eagles took home the win.

“This is a good learning experience that we need to win the rebounding battle,” designated Ateneo head coach Sandy Arespacochaga said as Lyceum held an 11-5 edge in the second chance points department. “But a lot of other players performed well in this game. We’re continuing to learn and that’s the most important thing.”

For the Pirates, Nzeusseu notched a double-double with 16 points and ten boards. Mer Ayaay scored 12 points while Wilson Baltazar added 10.

Looking forward to Sunday, Arespacochaga shared that La Salle will be a tough test for the team. “We expect La Salle to press us the entire game and they have a lot of big men. This was a good test for us before our game on Sunday,” he closed.

Galang had no idea F2 Logistics snagged the first pick