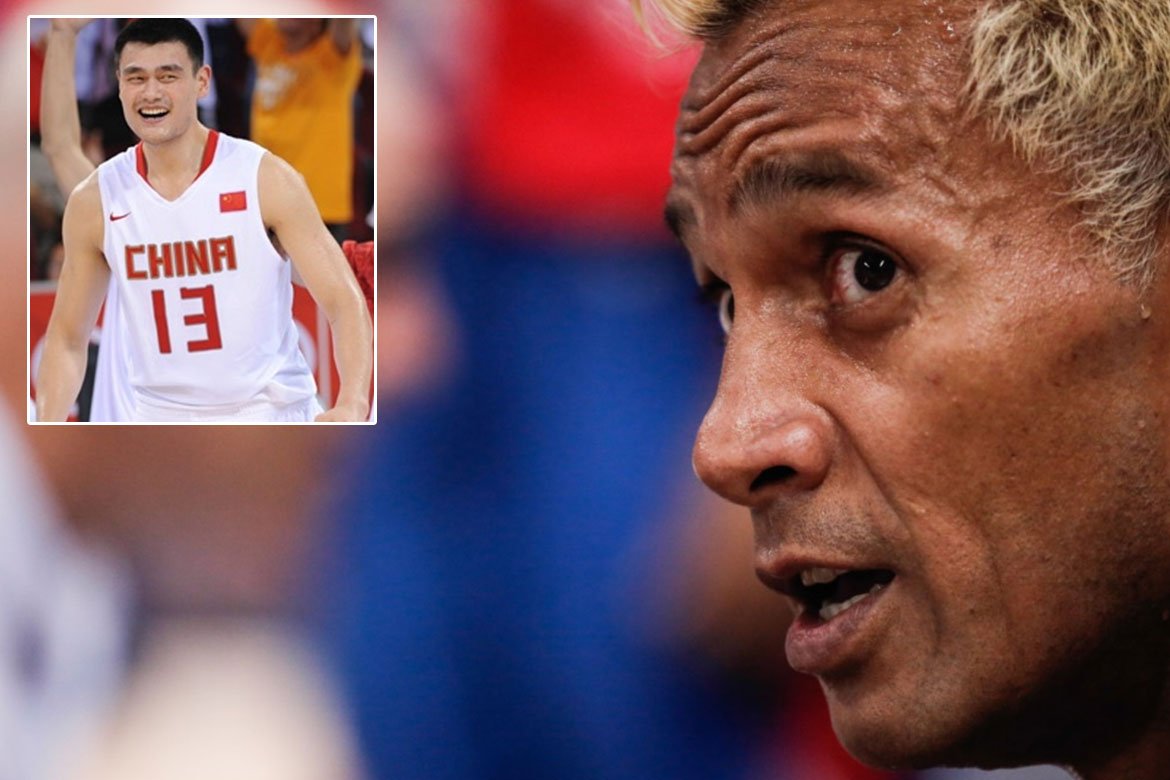 As Asi Taulava described it, his meeting with Yao Ming nearly two decades ago looked like a volleyball game.

It was the 2002 Asian Games in Busan. Taulava was facing off with a young Yao, as the Philippines and China collided in the quarterfinals of the continental meet’s men’s cage tilt.

The 6-foot-9 slotman still remembers that he made his first shot over his 7-foot-6 counterpart. Taulava attacked Yao’s defense, pump-faked, turned, and then launched a hook shot.

“I made my first shot and I was screaming at Yao,” Taulava recalled in the Hoop Coaches International Webinar hosted by Blackwater Elite alternate governor Ariel Vanguardia recently.

But moments later, Taulava realized that screaming at Yao following that shot wasn’t a good decision.

“I took seven shots that game. The next six shots I took? It was a volleyball game. Yao spiked it,” he said, smiling.

Of course, the Fil-Tongan big man tried his best to keep going despite having his shots smothered. But to no avail, as Yao was “so motivated to play against the Philippines that time,” Taulava said. “I was looking at Coach Jong [Uichico], I was like, timeout, timeout. Get me out of the game. This is so embarrassing!

“I was like, after my next six shots, I’mma keep attacking. Coach Jong kept saying, ‘Attack the basket, Asi. Attack, attack.’ Boy, he was so motivated to play against the Philippines that time.

“He spiked the next six shots. And I had no choice but to stand around and watch it,” Taulava recounted.

Yao was indeed fired up versus the Philippines, and his side went on to win in dominant fashion. China eventually finished with silver, bowing to host South Korea in the final.

The Filipinos, meanwhile, ended up at fourth in that quadriennial meet after a stinging defeat to the Koreans in the semifinals no thanks to Lee Sang-min’s triple in the dying seconds.

“I think they beat us by like forty or fifty points. I can still remember that,” said Taulava. The final score was 92-51.

Taulava may have felt embarrassed that night, but he has nothing but respect for Yao, who was just 22 years old and a few weeks away from his NBA debut when their clash happened.

For the 47-year-old, Yao is the toughest he has faced in the international stage, and the best Asian cager ever, too.

“For me, hands down the best Asian player ever will be Yao Ming,” said Taulava, who actually had a brief reunion with Yao, now the CBA chairman, in the 2018 Asian Games in Jakarta.

“People try to have this, like, Michael Jordan, you know, they try to say who’s the best player. Some of them say (Hamed) Haddadi and other players, but for me, by a landslide, it would have to be Yao.”

Taulava added that Yao’s skills aren’t just good in Asia, but in the NBA as well. He played there for 10 seasons with the Houston Rockets, the team who selected him with the first pick in the 2002 draft.

In his NBA career, Yao was an eight-time All-Star, a two-time All-NBA Second Team member, and thrice included in the All-NBA Third Team. The Rockets retired his jersey number, 11, in 2017.

The jersey retirement came about a year after his election in the Naismith Memorial Basketball Hall of Fame.

“Yao is very skilled. It showed when he got into the NBA. He wasn’t just good in Asia, he went to the NBA, and he was an All-Star. He was a superstar there — even globally.”