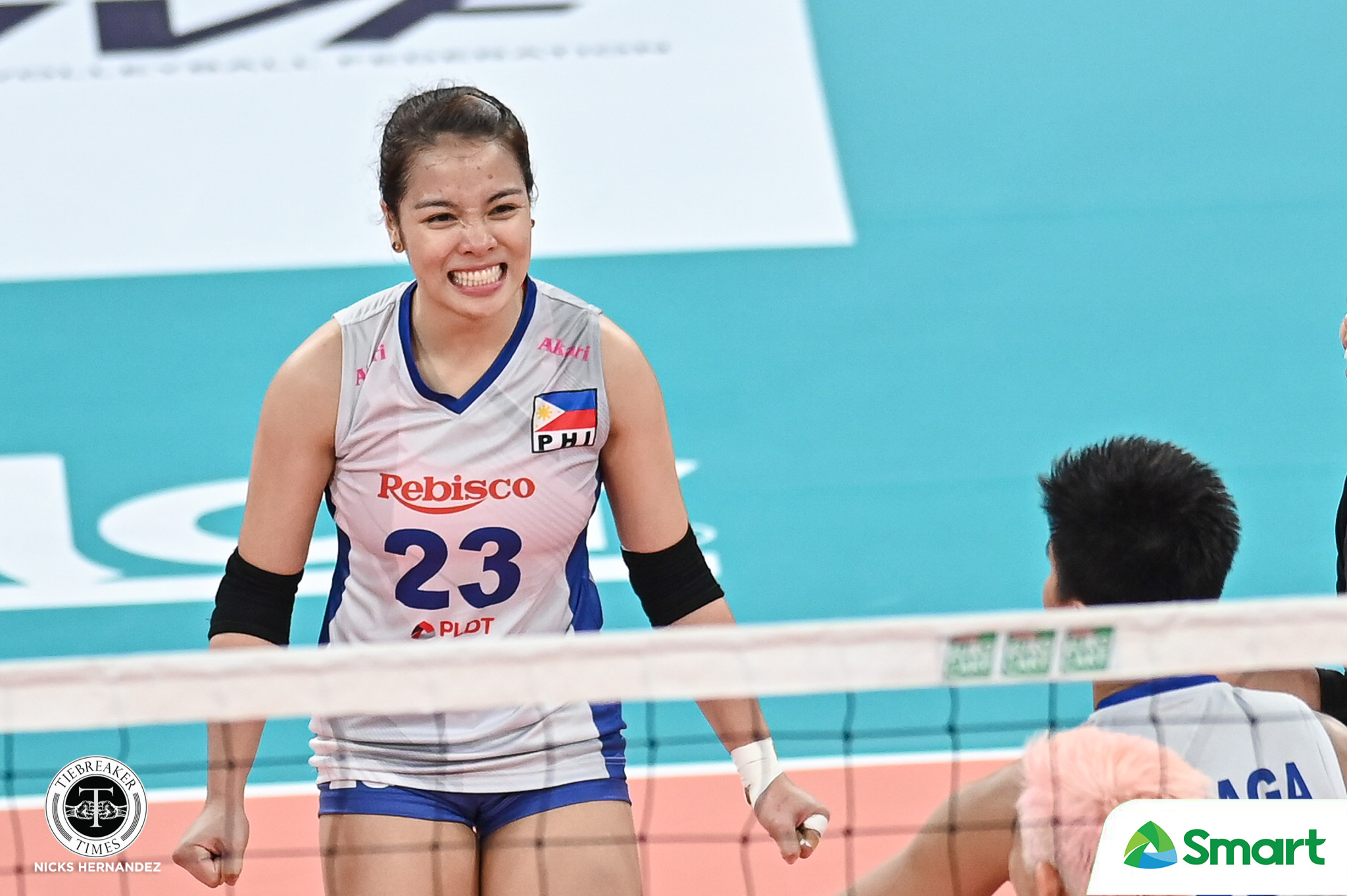 Thailand reasserted its mastery of the Philippines, 25-17, 25-22, 25-12, at the start of the 2nd ASEAN Grand Prix Women’s Volleyball Invitation at Chartchai Hall in Nakhon Ratchasima Friday night.

Behind Jema Galanza, the national women’s team was able to battle toe to toe with the hosts in the second set, as it even led 17-16, before falling short of tying the match.

Tots Carlos led the Philippines with 11 points built around 10 attacks and a block, while Galanza, who had five points in the second set, eventually finished with eight.

Ced Domingo and Michele Gumabao each had four points, while Jeanette Panaga scored two of her three points from the service area.

Pimpichaya Kokram paced the Thais with 17 points while Srithong Wipawee had 10 points before sitting out in the third set.

A victory will boost coach Sherwin Meneses side’s chances of securing of at least a silver medal. The Philippines won back-to-back bronzes in the inaugural edition in 2019, split into the first leg in Nakhon Ratchasima and the second leg in Santa Rosa, Laguna.

In the recent AVC Cup for Women, the national women’s team, then playing without ace setter Jia Morado, gave the Vietnamese everything to handle in the extended third set before losing.

It was Vietnam’s first win ever in the ASEAN Grand Prix as the Southeast Asian Games silver medallists, as it lost all of its six matches in the 2019 event.