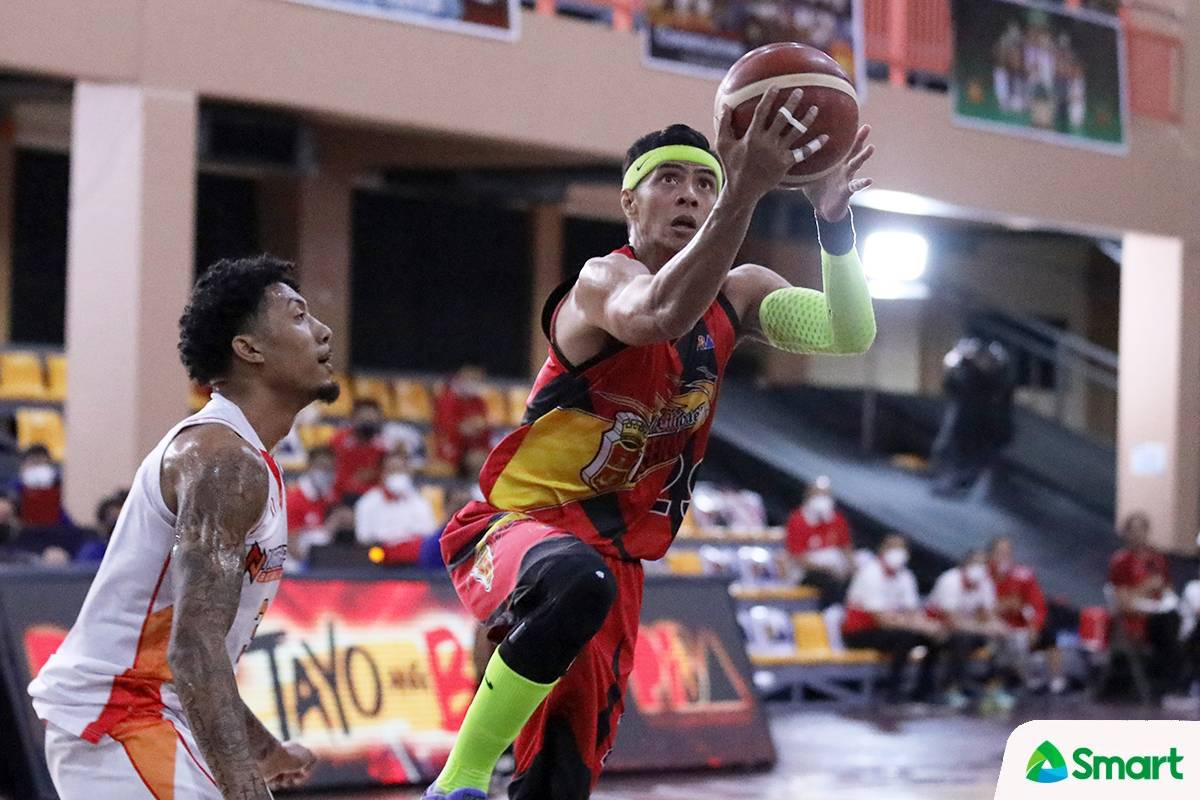 Arwind Santos facing the ball club he was a pillar of for a long time will perhaps serve as the biggest headline of the 2021 PBA Governors’ Cup that finally gets rolling next week at the Ynares Sports Arena in Pasig.

The former league MVP will have the chance to make San Miguel regret its decision of trading him to NorthPort last month as the Batang Pier and the Beermen lock horns on December 12, Sunday, at 3:00 p.m.

It could be remembered that Santos was shipped in exchange for All-Star forward Vic Manuel in a one-for-one deal that no one saw coming.

It would definitely be strange to see the 40-year-old rock different threads, given that he was with SMB for 12 long years and helped the storied ball club win multiple titles, including the unprecedented Philippine Cup five-peat.

But change is constant, as they say. And now, he’s set to battle a new-look San Miguel, which broke its famed ‘Death 5’ as it had also let go of gunslinging guard Alex Cabagnot by trading him to Terrafirma for Simon Enciso.

Later in the day, Justin Brownlee makes his long-awaited return to the country as defending champion Ginebra will open its title-retention bid against Alaska.

It is just two of the 10 games in the season-ending conference’s initial schedule released by the league Friday. The opening week features five gamedays, which will be the set-up for the rest of the elimination round.

Alaska and NorthPort will begin the hostilities on Wednesday, December 8, at 3:00 p.m., marking as well the return of an import-laden tilt as the league only held an all-Filipino tournament in 2020 no thanks to the pandemic. It is then followed by the meeting between San Miguel and NLEX at 6:00 p.m.

A new set of teams will debut on December 9 as Terrafirma faces Phoenix Super LPG at 3:00PM followed by Blackwater versus Rain or Shine.

On December 10, Northport takes on NLEX while San Miguel and Alaska rekindle their rivalry. A day later, Phoenix Super LPG squares off against Blackwater followed by Rain or Shine versus Terrafirma.

Philippine Cup finalists TNT and Magnolia, along with Meralco, have no opening week assignments.

All gamedays are double-headers, far from the tedious schedule the league had done in the last two conferences that mostly saw three games a day.

The eliminations will be a single round-robin, with the top four teams at the end are to be equipped with a twice-to-beat advantage for the quarterfinals.

Meanwhile, the semis will be a best-of-five battle, while the clash for the championship will see the teams figure in a best-of-seven affair.