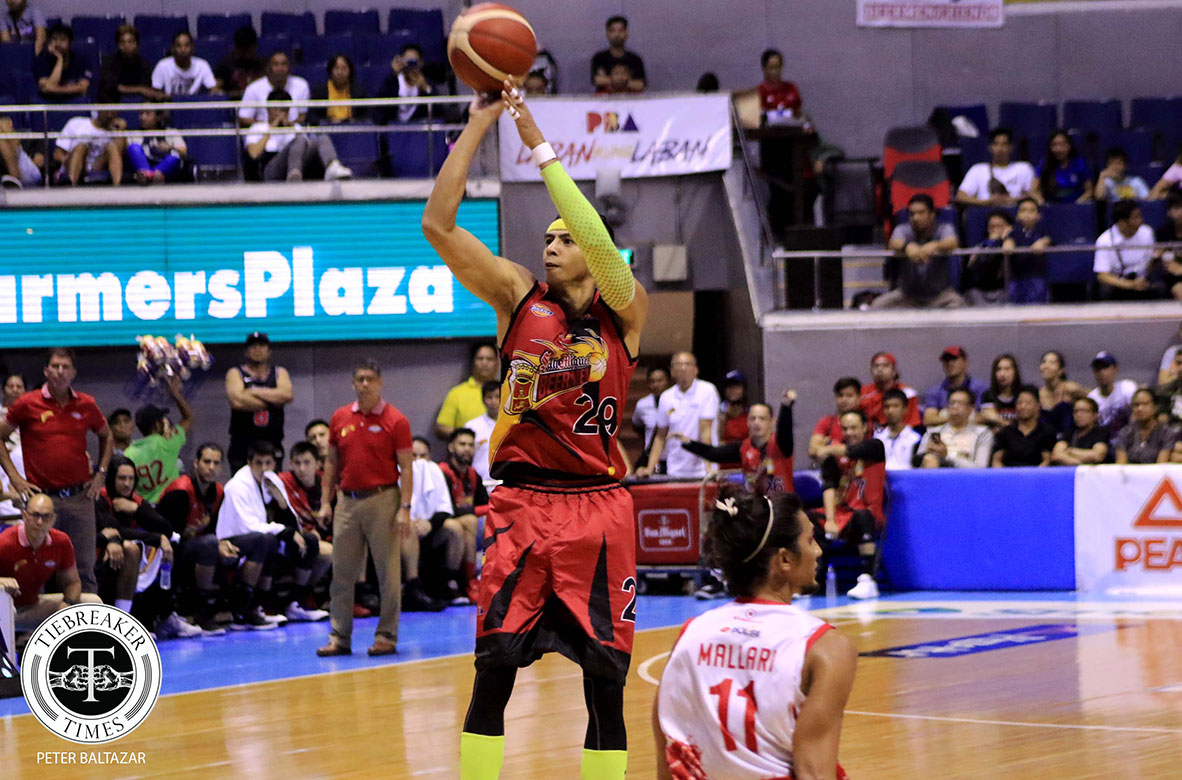 Barangay Ginebra head coach Tim Cone has admitted before that he would not want to face the San Miguel Beermen in the quarterfinals of the 2019 PBA Commissioner’s Cup, as he’s wary of how dangerous that team could be.

Arwind Santos has learned about what Cone has said. And for the outspoken Beermen star, the feeling is mutual.

A lot could still happen heading to the playoffs, given the tight race among the teams currently ranked from third to eighth. And one of the possibilities is a best-of-three clash between the Beermen and the defending champions.

But Santos isn’t really thinking much of who will they face once the dust settles. All that he and San Miguel care about now is reaching their goal of making it into the Top Six — which means they won’t be in a twice-to-beat disadvantage.

And the Beermen have given themselves another good chance of attaining such with their big win over the Fuel Masters, as it marked their second straight win — their first-ever winning streak in this joust — and hiked their card to 4-5.

READ  It's all about repetition and confidence for Nabong

Still, San Miguel would need to sweep their two remaining games to get to where they want to be. It will be challenging, though, as they will be facing Rain or Shine Elasto Painters this Saturday and the Magnolia Hotshots next Wednesday.

Santos, however, is confident of their chances, as he believes that everything is now falling into place for them.

David Carlos shows he could play 3×3 as well