Coming off a heartbreaker to Perpetual that halted Arellano University’s unbeaten run through the NCAA Season 95 Women’s Volleyball Tournament, Regine Arocha refused to let her team fall into a slump on Tuesday afternoon.

Arocha delivered a game-high 19 points built on 15 attacks and three service aces, lifting Arellano to a 6-1 slate to secure at least a playoff for a Final Four seat.

Reigning league MVP Necole Ebuen also made her presence felt for Arellano. She hammered down 10 attacks and a pair of aces to wind up with 13 markers.

Carla Donato was instrumental as well, collecting four of her team’s seven blocks to finish with 12 points. Princess Bello chimed in eight markers in the win.

Still, Javier could not help but be worried about the way Sarah Verutiao and Faye Flores performed as Arellano’s primary playmaker and defensive specialist, respectively.

Verutiao only managed four excellent sets, struggling to find her groove despite having potent hitters at her disposal. Meanwhile, Flores had a 13-dig, 13-reception outing — a far cry from her usual output.

On the other hand, the Knights couldn’t ride on the crest of their win over Lyceum, falling to solo fifth with a 3-3 slate.

Charmberlaine Cunada, who had a 28-point outing the last time out, finished with 16 points to lead all Letran scorers. Julienne Castro had 10 markers in a losing cause.

Arellano seeks to pick up steam anew when it collides with the unscathed EAC Generals on Thursday, February 13. Meanwhile, Letran tries to regain its footing when it faces JRU on Monday, February 10. Both matches will be held at the same venue. 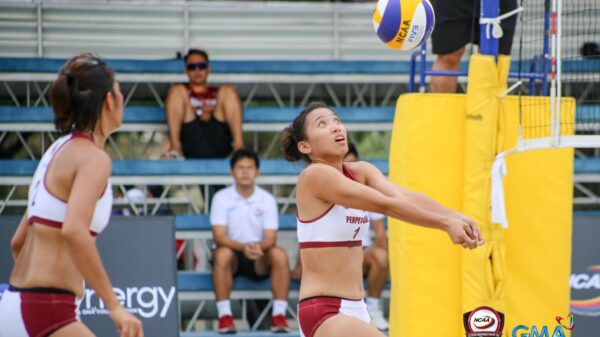