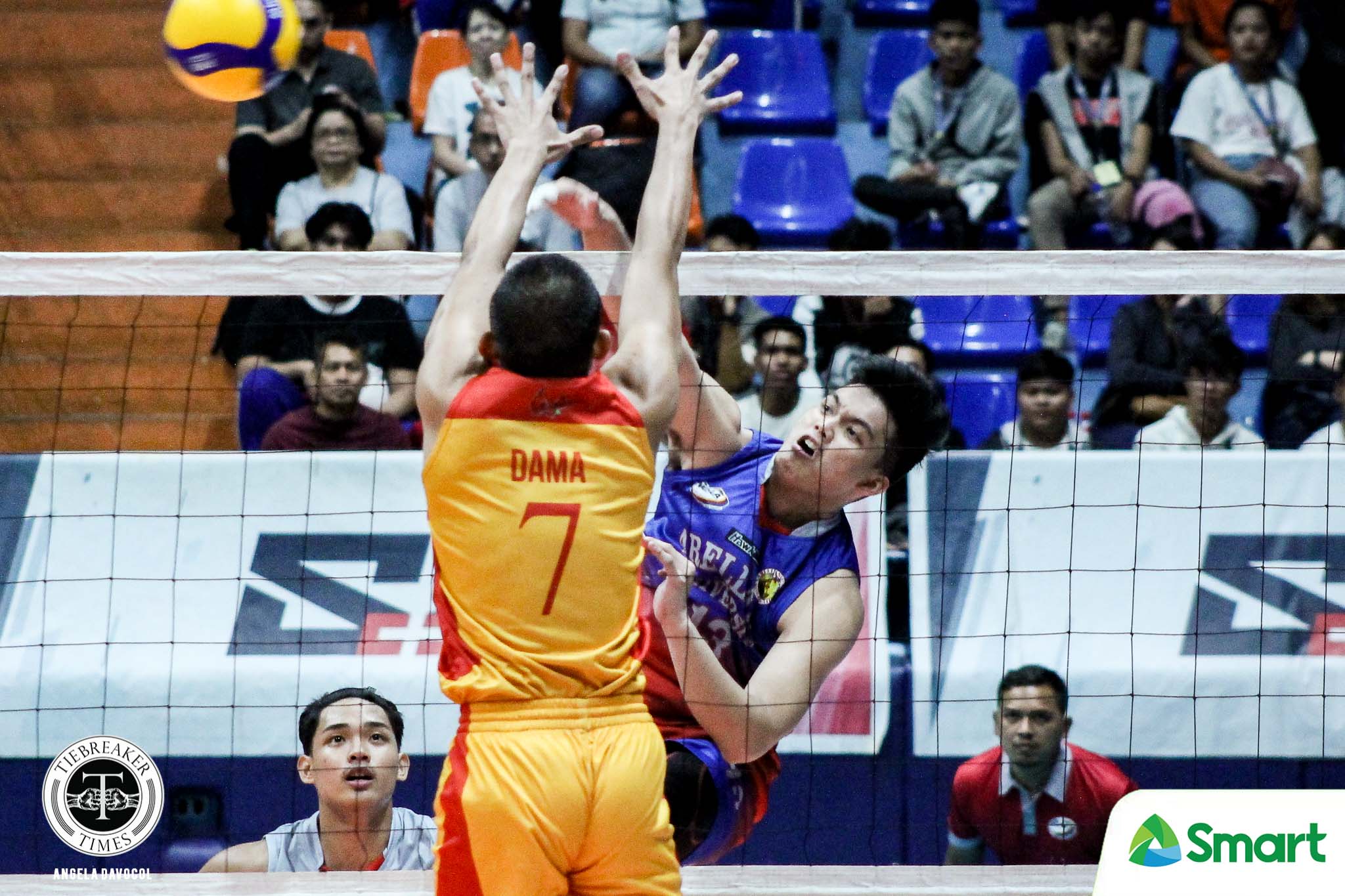 Arellano recovered from a third-set hiccup and withstood Mapua’s fourth-set scare, pulling off a 26-24, 25-19, 22-25, 25-23, decision to pick up its second win in the NCAA Season 95 men’s volleyball tournament, Thursday at the FilOil Flying V Centre.

Leading 22-20 in the third frame following a pair of crucial defensive plays, the Chiefs saw their lead evaporate, as John Benedict San Andres rallied the Cardinals back on top, 23-22. San Andres then carried the cudgels once more, scoring consecutive blows to give Mapua a lease on life.

After tipping the scales to their favor, the Cardinals carried the momentum in the fourth set. They sprinted to a searing 8-3 spread, but the Chiefs refused to give way and forged a knot at 12-all.

Deadlock after deadlock ensued from there, building up to a 19-all stalemate. Both squads continued to exchange blows, but Arellano slowly mounted crucial breathing room thanks to its stifling net defense.

Clinging onto a slim 23-22 edge, Emman Hizon coughed a costly error, sending his service attempt short and putting Arellano at match point. San Andras kept Mapua’s fire alive with an off-the-block hit, but he doused it all off in the ensuing sequence after a down-the-line attack that sailed wide.

Kim Vincent Tan spearheaded Arellano with 17 points built on 14 attacks and three aces, to go along with seven excellent receptions. Christian Segovia also had a stellar defensive outing with four of his team’s 14 blocks en route to 13 markers.

The Chiefs were outgunned by the Cardinals in the attacking department, 48-54. But they more than made up for it in blocking (14-8) and efficiency with a 27-34 differential in errors.

On the other hand, San Andres’ double-double performance of 24 points and 21 receptions went down the drain, as Mapua started off its campaign on a sour note.

Alfredi Pangulong was also a force in the match after tallying 19 points laced with 15 digs and 12 receptions. Hizon managed 10 markers.

Arellano will have a week break before taking on Jose Rizal University on Thursday, January 23, in a bid for its third consecutive victory. Meanwhile, Mapua will seek a bounce back win at the expense of Emilio Aguinaldo College on Monday, January 20.