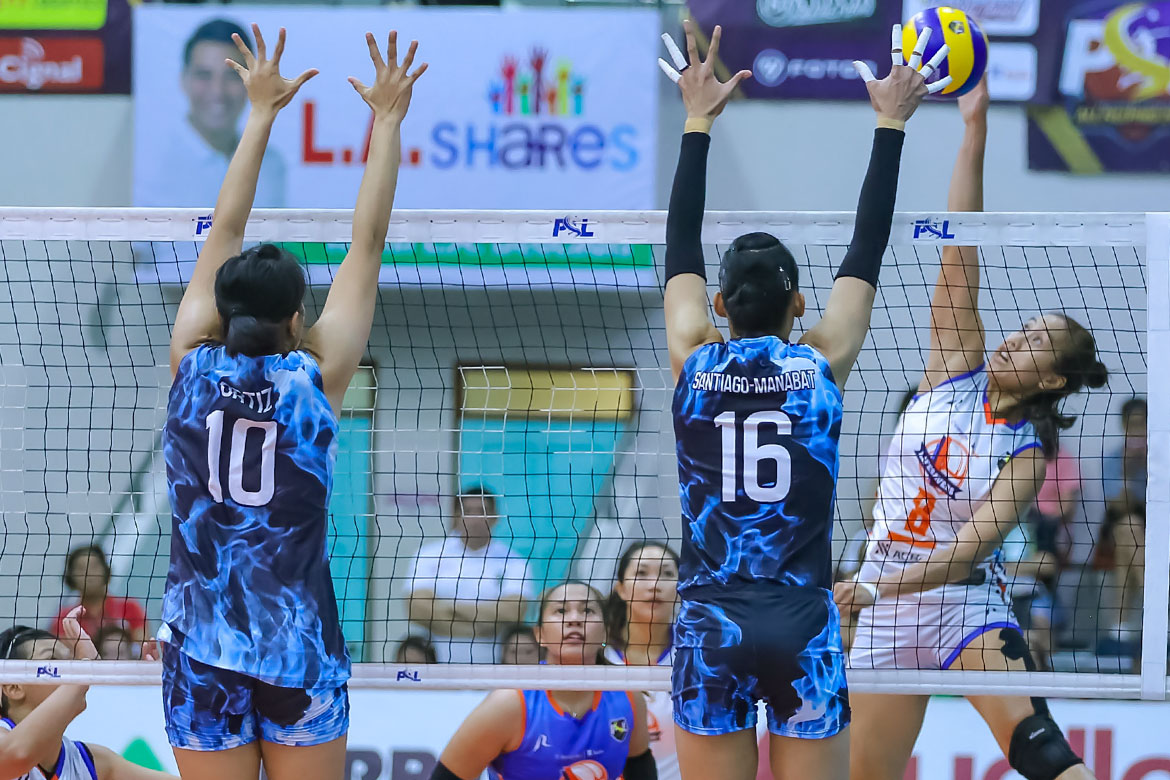 After barging into the win column last Tuesday, the Generika-Ayala Lifesavers sustained momentum, eking out a tight four-set victory over the Foton Tornadoes Blue Energy, 22-25, 26-24, 25-19, 25-17, in the 2019 PSL All Filipino Conference, Thursday evening at the Imus City Sports Complex.

After dropping the opening set in close-shave fashion, the Lifesavers weathered the Dindin Santiago-Manabat and Jaja Santiago-powered Foton offense to nab the next two sets.

Cradling an 18-11 lead in the fourth set, Generika-Ayala thought they were home free but Manabat-Santiago sliced the deficit to just three. Angeli Araneta then carried the cudgels to break away with a 23-15 lead. Jaja tried to will the Tornadoes one last time, but Fiola Ceballos dashed all hopes of a Foton comeback as she delivered the match-clinching aces.

Araneta finished with a game-high 21 points built on 17 spikes and four booming aces. Ceballos had a double-double performance of 19 points, all but two coming from spikes, and 17 excellent digs for the Lifesavers, who improved to a 2-1 card.

Meneses also attributed the win to their service reception. Patrolling the floor for Generika, Kath Arado had a double-double outing of her own, notching 24 excellent digs and tallying excellent receptions.

Dindin Manabat-Santiago’s 19 points, 17 of which came from spikes, went down the drain. Her sister Jaja Santiago added 14 while Mina Aganon managed 13 for the Tornadoes, who now sport an even 1-1 slate.

Generika-Ayala hunt for their third win when they battle the Sta. Lucia Lady Realtors on July 2 at Cadiz City. Meanwhile, Foton will try to return in the win column as they take on the F2 Logistics Cargo Movers on Saturday, June 22, at the Imus City Sports Complex.

Kiefer Ravena’s first practice will be with Gilas