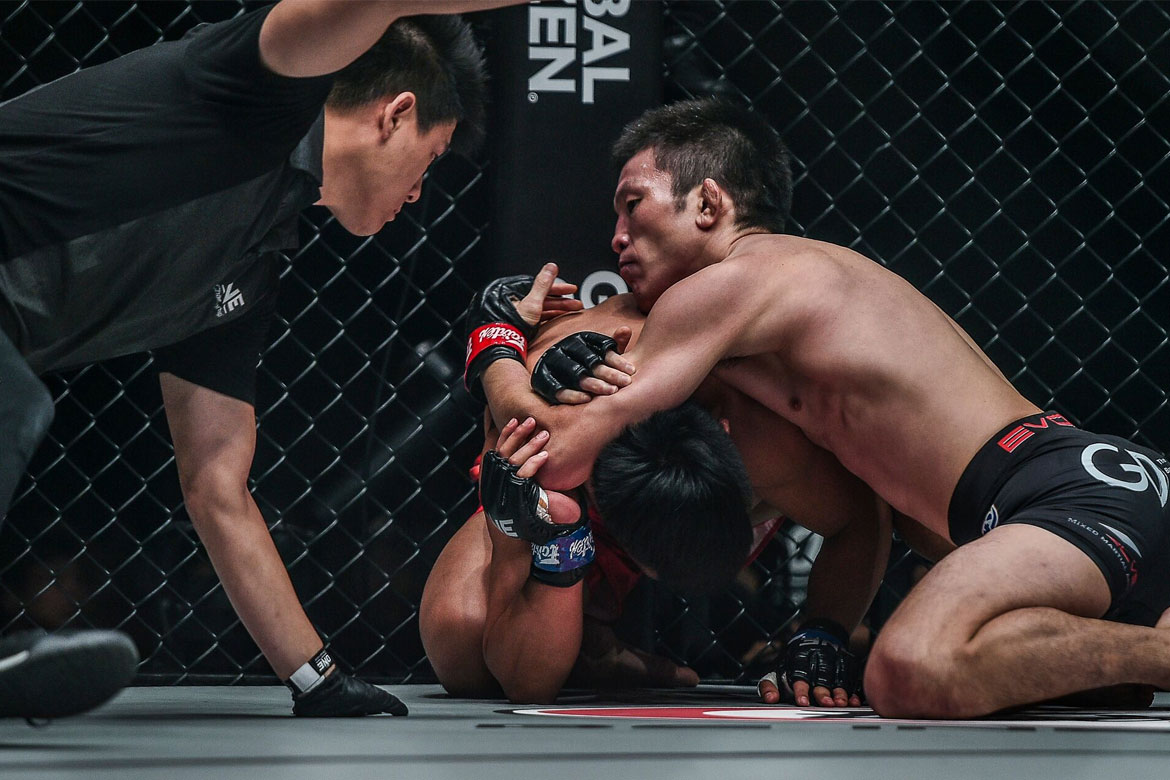 For the second straight ONE Championship event in Japan, Shinya Aoki has disposed of a Team Lakay athlete.

Japanese grappling whiz Aoki made mince meat of Honorio Banario, submitting him via a D’arce choke in just 54 seconds, Sunday evening during ONE: Century Part II held at the Ryogoku Kokugikan in Tokyo, Japan.

In front of his people, Aoki quickly secured a body lock on Banario before getting the takedown.

From there, Aoki worked his way to turtle up Banario. The former two-time ONE Lightweight Champion then locked a D’arce choke for the tap-out.

Aoki, who lost his championship to Christian Lee five months ago, raised his slate to 44-9.