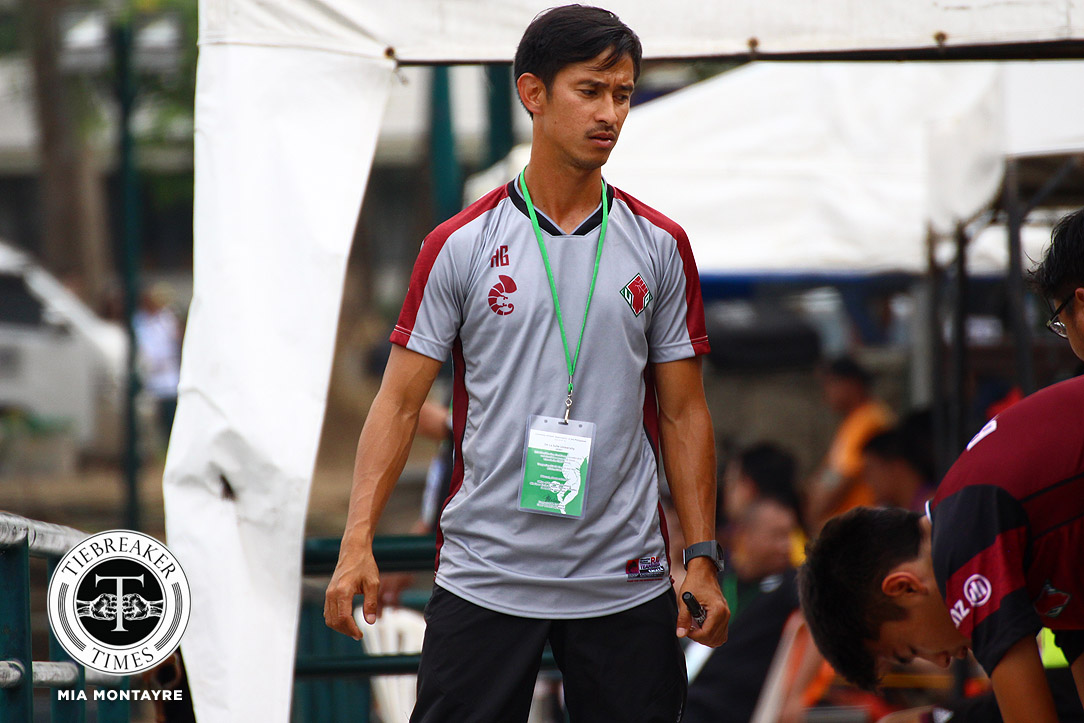 There has always been a debate as to whether or not leaders are naturally born or if they are made through different moments of triumphs and setbacks.

While that may not be the exact question in the mind of University of the Philippines Men’s Football Team coach Anto Gonzales, it precisely points to one of his biggest issues with his team at the moment – a perceived lack of leaders.

When his team was down 0-1 against the University of the East Red Warriors last March 17, 2019, at the FEU-Diliman turf, the former Meralco Spark gave his players a verbal lashing about their failure to play as a team and the players’ non-observance of the school’s mantra of honor and excellence.

State U ultimately became 2-1 winners after a leveler from Christian Lapas and a clutch strike in stoppage time by skipper Kintaro Miyagi, but the Claret School of Quezon City alumnus was still dismayed by his team after the final whistle.

“What I’m really hoping for is for the seniors to be the ones to assert themselves because their teammates will respond better to them because they’re the ones battling out on the field together. It’s not us (coaches),” said Gonzales.

After six games in the first round, the Fighting Maroons are in unfamiliar territory as they have suffered losses to De La Salle University and Far Eastern University alongside a draw against University of Santo Tomas. For comparison’s sake, UP went undefeated in the whole of the UAAP Season 80 Men’s Football Tournament.

“It’s leadership, having an influence on the pitch. Kulang kami nun. We have so much talent (but) who is the leader inside (the game)? Who is the leader? That’s the biggest question mark and until you have a leader, a good leader inside, things will always crumble,” reiterated the multi-titled mentor.

For his part, Gonzales admitted that he and his staff may have focused too much on tactics when it comes to their pre-game preparation and stated that these become useless if no one of the pitch reminds his comrades to implement them to the letter.

The former Meralco Spark explained, “I think that’s player management no. I think there has to be constant communication between leaders na mino-mold namin sa team. I guess that’s the only way. Also, our role as coaches to instill in the players’ heads na ‘Hey, your leaders are working for you. They wanna make sure that everything is okay so do your part by helping them, by listening, responding.’”

Now it’s back to the drawing board, are leaders naturally born or developed? The veteran mentor had the likes of Steph Permanes, Jinggoy Valmayor, Daniel Gadia and Ian Clarino to lead his squad throughout the years. In a sense, it’s up to him to develop Miyagi, Lapas and the rest of the seniors to become the lieutenants of the squad.

At the end of the day, though, it’s up to the players to step up and lead UP into a new era.

Bea De Leon on encounter with referee: ‘Talagang all emotion’

Jalen Green meant no disrespect after another facial on Kai Sotto