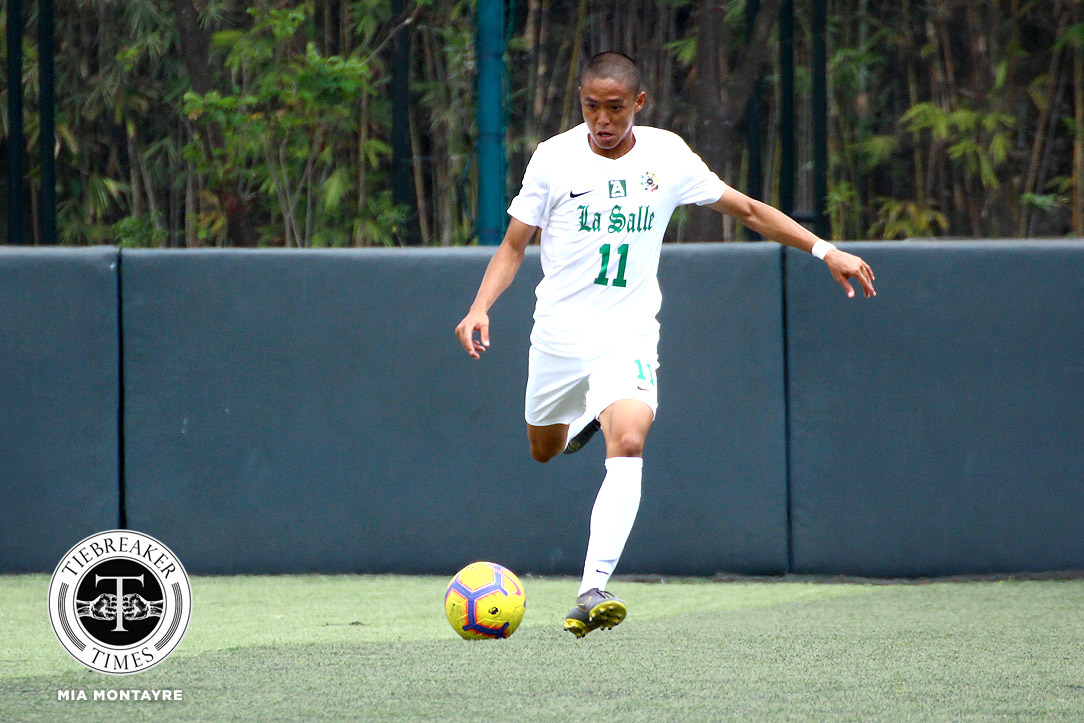 The last time the De La Salle University Green Archers defeated the University of the Philippines Fighting Maroons, Jed Diamante was just a rookie and his late header gave the Taft school the win at the McKinley Hill Stadium in Taguig City.

Fast forward to three years later, two rookies, Shanden Vergara and Gab Villacin, were the stars of the show as it was their fantastic performance that carried La Salle towards a 2-1 victory over UP, Thursday morning at the Far Eastern University-Diliman field in Quezon City.

The result marked the first time La Salle won back-to-back games in the UAAP Season 81 Men’s Football Tournament while it also signaled the end of UP’s unbeaten run of 16 matches.

The Fighting Maroons had to make do without their mentor Anto Gonzales in this match because of his suspension but they started dangerously thanks to the exploits of star winger JB Borlongan. However, it was the Green Archers who drew first blood at the 36th minute thanks to Vergara’s free kick.

It then became a seesaw battle in the second half with both sides eager to get the all-important next goal. UP assistant coach Popoy Clarino shuffled his pack and brought on the likes of Kintaro Miyagi and goalkeeper Harel Dayan for Raji Santos and Anton Yared.

Dayan’s first meaningful action of the game, though, came at the 65th minute when he got the ball out of his own net after he failed to properly deal with Vergara’s long strike. Unfortunately for the Green Archers, their celebrations lasted only for a minute as Kyle Magdato pulled one back for the Fighting Maroons a minute later.

The game then took an unsavory turn when a scuffle broke out between both teams. UP’s Miggy Clarino, Ray Sanciangco and Borlongan alongside La Salle’s Vergara, Mohammad Adil Almohijili received yellow cards for their role in the extra-curricular activity.

When the game resumed, the Fighting Maroons relentlessly bombarded the Green Archers for that leveler. Thankfully for La Salle, its goalkeeper Gab Villacin was alert to perform routine stops and preserve the Green and White’s lead.