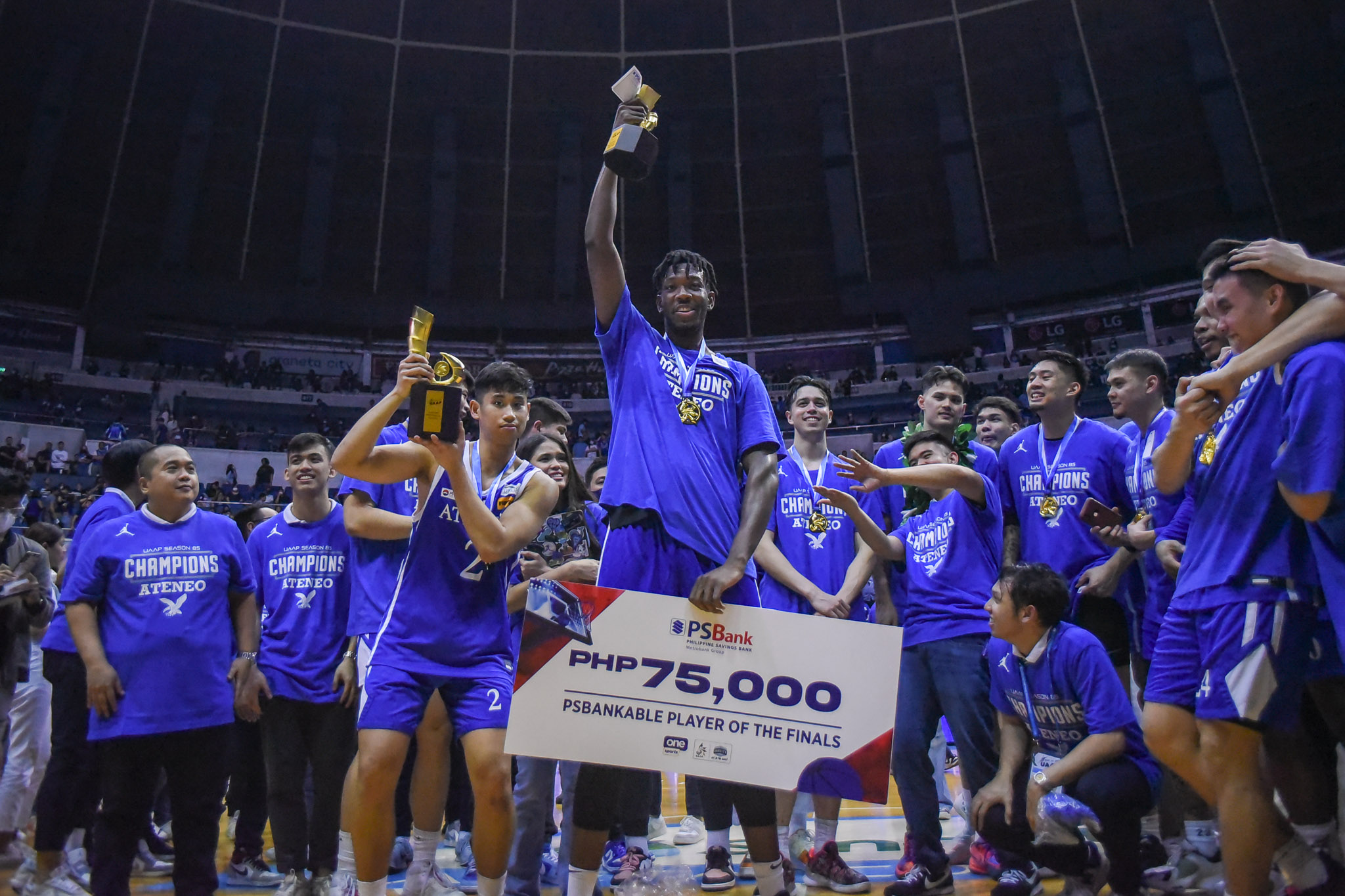 He might not have been able to retain the UAAP Men’s Basketball Season MVP plum but Angelo Kouame got something that is much sweeter.

The 6-foot-11 naturalized Filipino big man was crowned as the Finals Most Valuable Player on Monday at the SMART Araneta Coliseum.

Kouame, 24, averaged 17.66 points, 11.0 rebounds, and 3.0 blocks in the epic three-game series that saw Ateneo de Manila University claw back from a 0-1 series deficit against University of the Philippines.

“It was really tough for us because we knew it was going to be an inside game. Game One, I did not perform and for Game Two, we talked about how important the inside will be to win the series,” Kouame said about the series.

The Gilas pool member had been struggling with a partial ACL tear prior to the third window of the FIBA World Cup Asian Qualifiers.

And he is planning to go under the knife to fix it.

“At the beginning of the season until now, I’ve been struggling with it. But it’s all mental and I’ll get surgery next year. Let’s see what the future brings,” said Kouame.

But it was head coach Tab Baldwin who pushed him in the grueling season.

“This means a lot to me because nobody believed in us, even we didn’t believe in us at the start. But Coach Tab is the man and we just followed his lead,” he said.

Now that his stay with Ateneo has ended, Kouame shared that he will forever be grateful to the school.

“Maraming salamat sa Ateneo community, I love you all! This is for you!”