ONE Atomweight World Champion “Unstoppable” Angela Lee might have been busy with her pregnancy and her first childbirth but that hasn’t kept the charismatic Singaporean-American out of the headlines.

Mainly because her biggest challengers were out to get her even during her brief break.

It started with current atomweight no. 1 contender Denice “Lycan Queen” Zamboanga who engaged Lee in a fiery exchange of words during the latter’s pregnancy, with the Filipina star calling out the champ for not vacating the World Title.

Meng Bo, the no. 2 ranked atomweight, was a bit harsher in her critique – saying Lee will be ‘no match’ for her and if she got her World Title shot early she would have ‘beaten her’ already.

But Lee has learned to shut it all off as she braces for her eventual return and faces the winner of the historic ONE Women’s Atomweight World Grand Prix.

“It really doesn’t matter to me, honestly,” Lee said.

For the 24-year-old, what Zamboanga and Meng are doing is building up hype and drama but being a World Champion in the organization for the longest time – she knows better than to get lured into a war of words against either of the ladies.

“I really don’t care what Denice or Meng Bo have to say. I think they are just trying to stir up some drama just to make things more interesting, and I’m not about that.

“So I am just focusing on me, focusing on getting back, and, you know, I’ll be ready for whoever becomes the Grand Prix Champion,” she said.

For Zamboanga, she’ll have a lot of things to worry about ‘til she gets to Lee, especially since she’ll have a tough first round match in veteran “Arale Chan” Seo Hee Ham in what is easily the biggest match-up for her career so far.

While it won’t be easy for the Thailand-based Filipina, she’s relishing the extra time given to them to prepare for the South Korean juggernaut in Seo who plans to knock her out when they meet.

“Our strategy is going to be key in this fight. I think every fighter is tough and should not be underestimated,” Zamboanga said.

“This is MMA, and anything can happen in the cage. It will come down to who is better prepared to claim victory.” 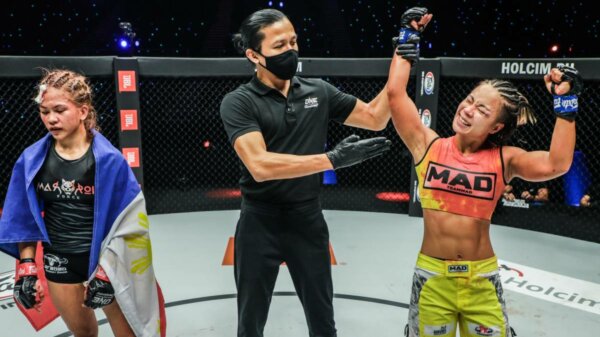 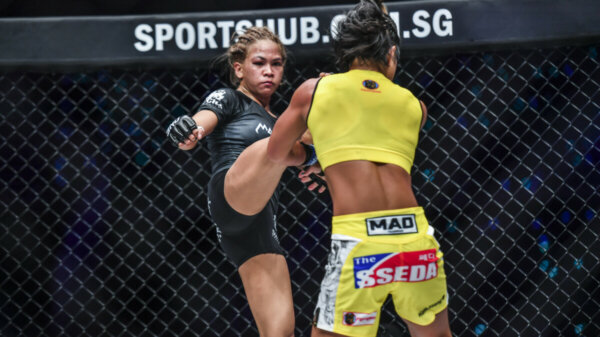 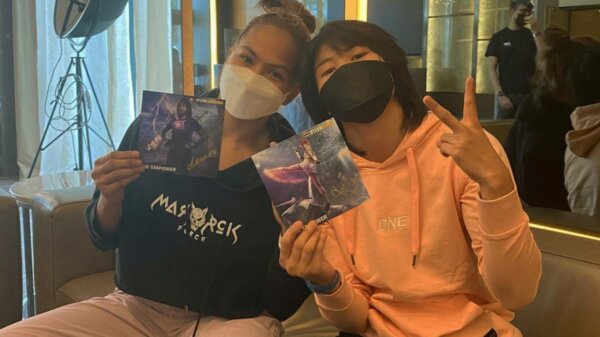 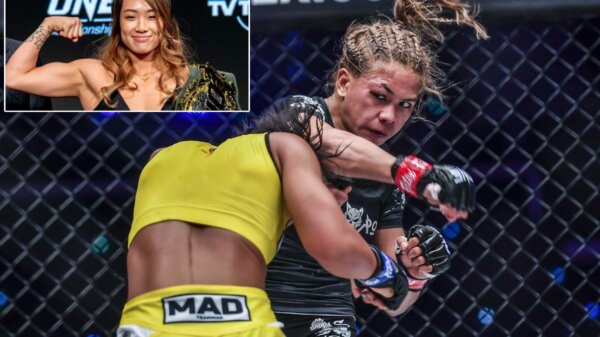 Angela Lee woke up early on Friday as she closely monitored the ONE Atomweight World Grand Prix in her home in Hawai’i. Of course,...

See Hee Ham was a picture of joy during the post-event press conference for ONE Championship: Empower, early Saturday morning. It was a stark... 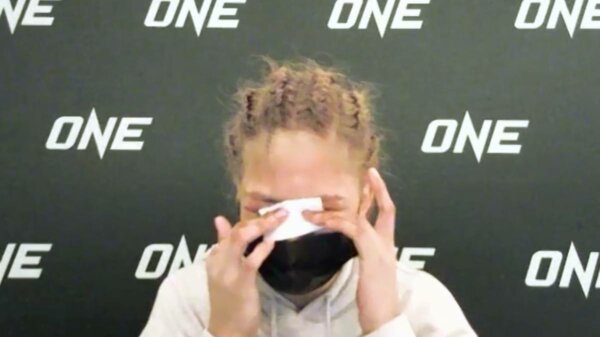 Denice Zamboanga could not fight back her tears hours after suffering her first career loss during ONE: Empower. In her heart, the 24-year-old believes...