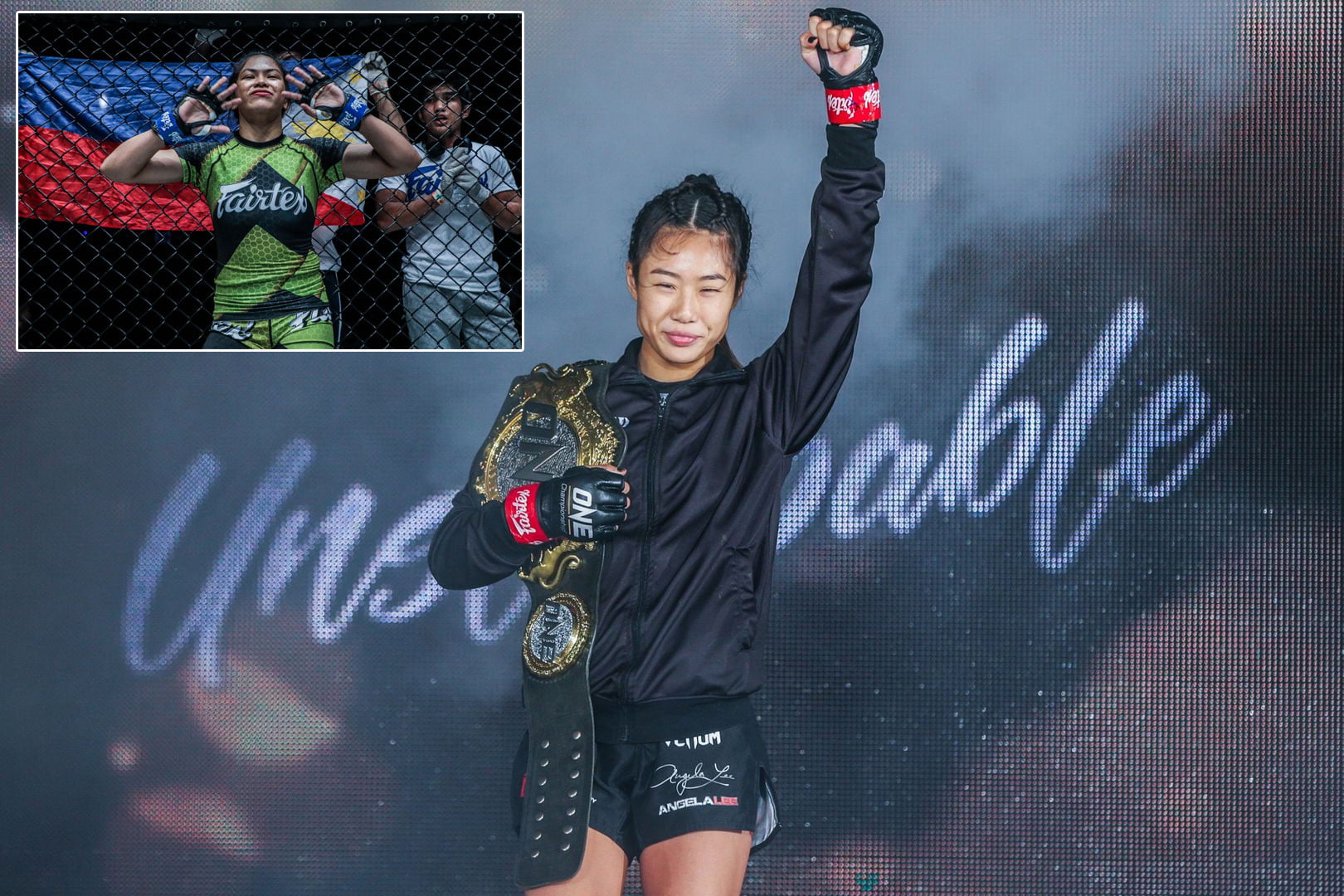 “Unstoppable” Angela Lee promises to not take Denice “The Menace Fairtex” Zamboanga lightly when they clash for Lee’s ONE Women’s Atomweight World Title sometime this year.

“Unstoppable” was impressed with how Zamboanga methodically broke down Mei “V.V” Yamaguchi at ONE: King of the Jungle in February. And now, with that in mind, she knows better than to be complacent against the young Filipina.

“I think Denice and her team came up with a very smart game plan, and she managed to execute that in the fight,” Lee told ONEFC.com

“Denice is definitely a dangerous fighter, and I won’t be underestimating her.”

The youthful World Champion sees Zamboanga as a legitimate threat to her crown. She has also noticef bits of herself when she was just starting to take off in The Home Of Martial Arts.

Asked to assess “The Menace Fairtex” as an athlete, Lee complimented her hunger and willingness to improve each time she enters the Circle.

It also helps that Zamboanga is training out of the famed Fairtex gym in Pattaya, Thailand — which fast-tracked her development as an athlete.

“I think Denice is a talented rising star. She is a well-rounded mixed martial arts fighter, and I’m excited to face her in the ONE cage,” Lee said.

“Denice is a young and hungry fighter. She is very well-rounded, and I feel like she is a part of the new generation of mixed martial arts. I’ve seen her previous fights, and she is constantly evolving her technique and fight game.”

That match will have to wait, though, as Lee is one with the world in combating the COVID-19 pandemic that has taken a stronghold on the globe.

“I hope everyone tries their best to take preventative measures to stay healthy,” Lee said.

“My prayers are with the people who have been affected by the coronavirus.”

10 Female Atomweight Mixed Martial Artists That You Need To Know