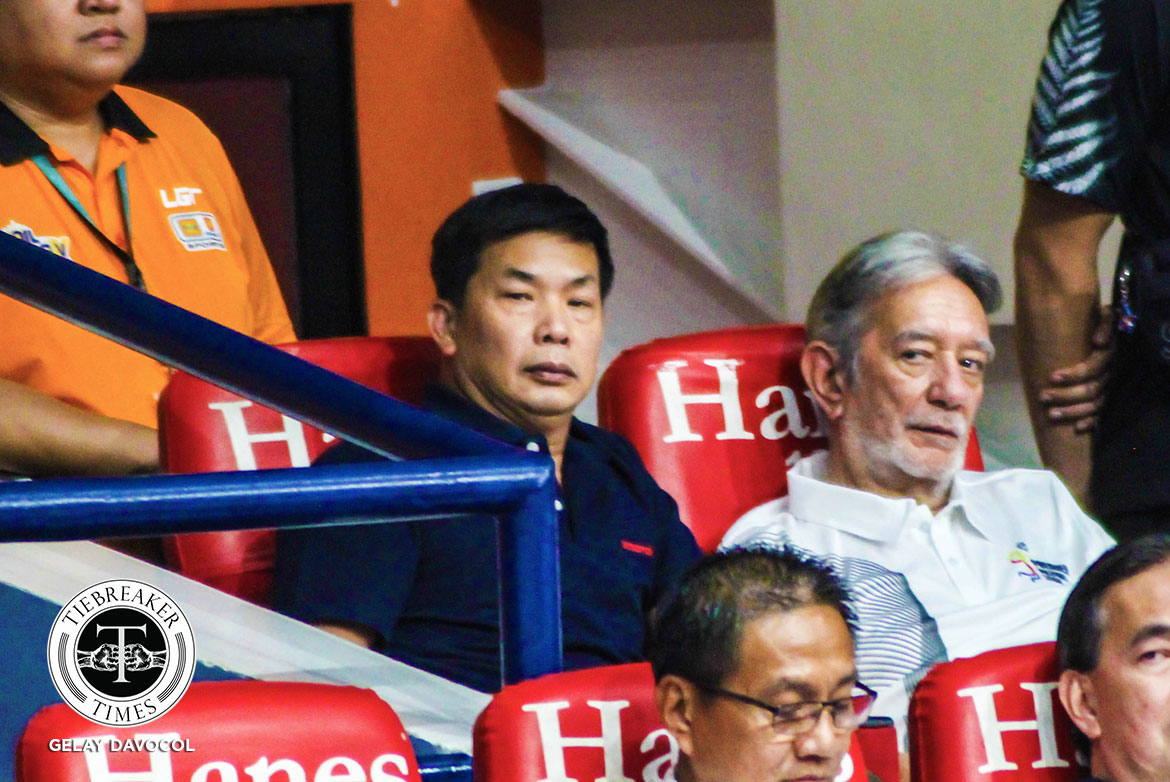 The man behind the ‘happy-happy’ and ‘heartstrong’ mentality has finally found his way back in the Philippine volleyball scene.

Tai Bundit made a triumphant return as the head coach of the Cool Smashers, manning the post for Creamline as they blew past Motolite in the PVL Reinforced Conference.

More than anything, the decorated coach is glad to be re-integrated at the helm of the club team that he steered towards the 2018 PVL Reinforced and Open Conference championships.

“I’m happy because Creamline is my team,” the former Ateneo Lady Eagles mentor beamed. “Not thinking about everything, you focus with me and play happy.

“If you play happy, you focus, you can win, but me, time to tune up. You and me again.”

Aside from the volleyball fans that Bundit has endeared during his stay in the country, his players in Creamline, all of whom he has mentored in the past, are elated to, once again, be under the spell of Bundit’s jovial philosophy.

“More than ever we have to bring back the happy and heartsrong mantra of Coach Tai.

Bundit, who bid farewell to the volleyball-crazy country last year as he wanted to focus on his family back home, disclosed that his family, his son in particular, is doing good in Thailand. Given this, he had the chance to return to the country that embraced his style of volleyball.

“Six months ago, I went back to fix everything and my son, he took the exam to go to high school that high school top five in Thailand and my wife says okay. My son’s doing good in high school so I can go to Philippines,” he bared.

Eyeing for another title run, Bundit knows all too well how steep the climb will be, but he also noted that tuning up his team will be the first step towards the paramount.