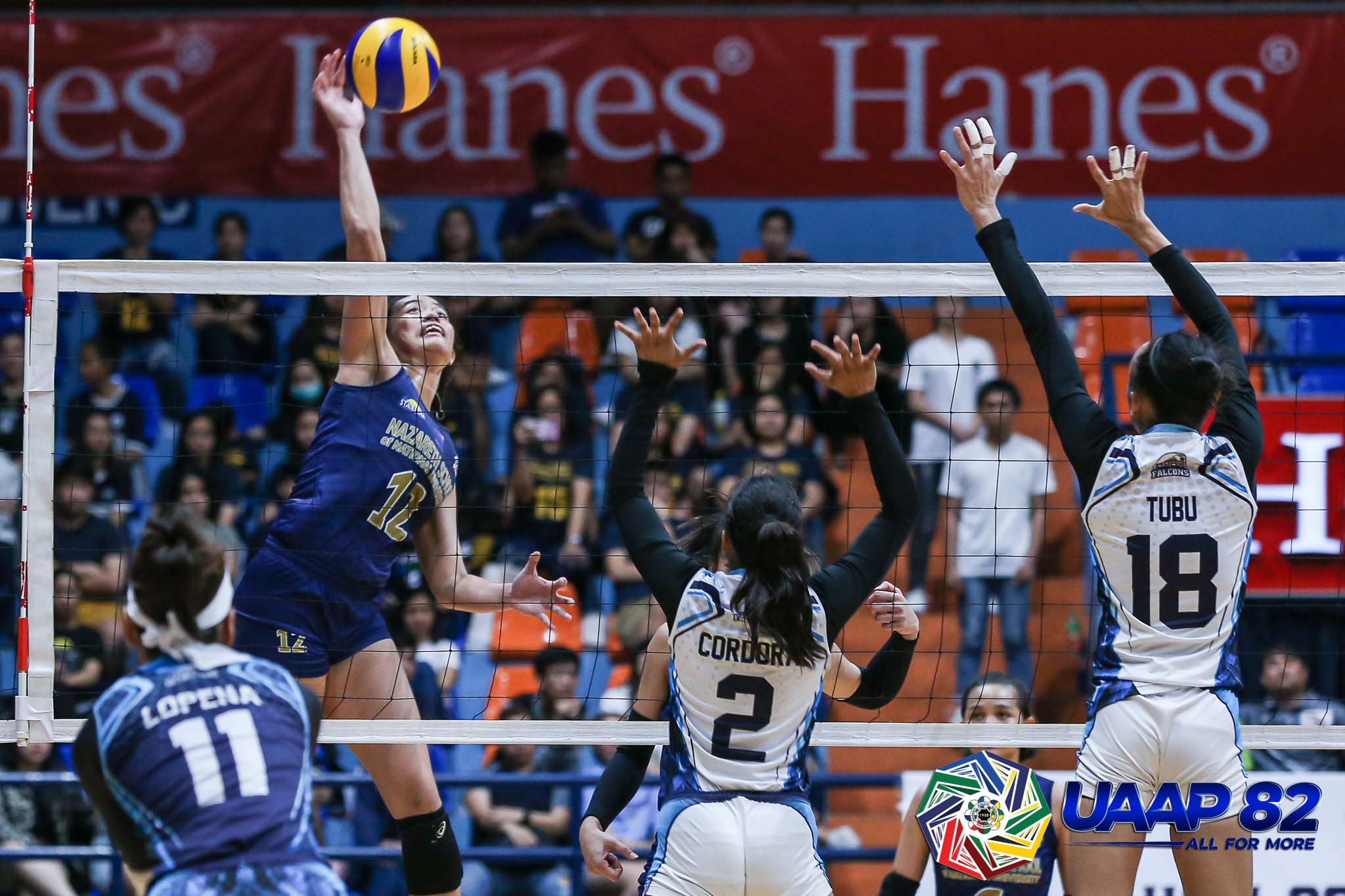 National University-Nazareth School made quick work of Adamson University, 25-13, 25-17, 25-23, to move to the cusp of reclaiming the crown in the UAAP Season 82 Girls’ Volleyball tournament Sunday at the Filoil Flying V Centre.

Alyssa Solomon came through with 22 points, including 11 in the pivotal third set. Meanwhile, Evangeline Alinsug added 16 markers on 12 spikes, three service aces and a block for the Bullpups.

Extending its perfect run to 13 matches, NU seeks to clinch its fifth crown in the last six years. Game 2 is slated at 12 noon on Sunday at the San Juan arena.

Mhicaela Belen, one of NU’s main scorers, was sidelined due to a stress fracture in her left shin, but is expected to play in Game 2.

Team captain Erin May Pangilinan and Barbie Jamili then stepped up in Belen’s absence, combining for 15 points for the Bullpups. Setter Camilla Lamina tossed in 18 excellent sets, while libero Shaira Jardio wound up with 18 digs and 18 receptions.

Up by just a solitary point in the second frame, 14-13, the NU exploded with an 11-4 run, highlighted by four crosscourt attacks by Solomon, to gain a 2-0 set lead.

On the other hand, May Nuique and Trisha Tubu paced the Baby Falcons with seven and six points respectively.

Bahuyan takes over versus Adamson, lifts FEU up stepladder