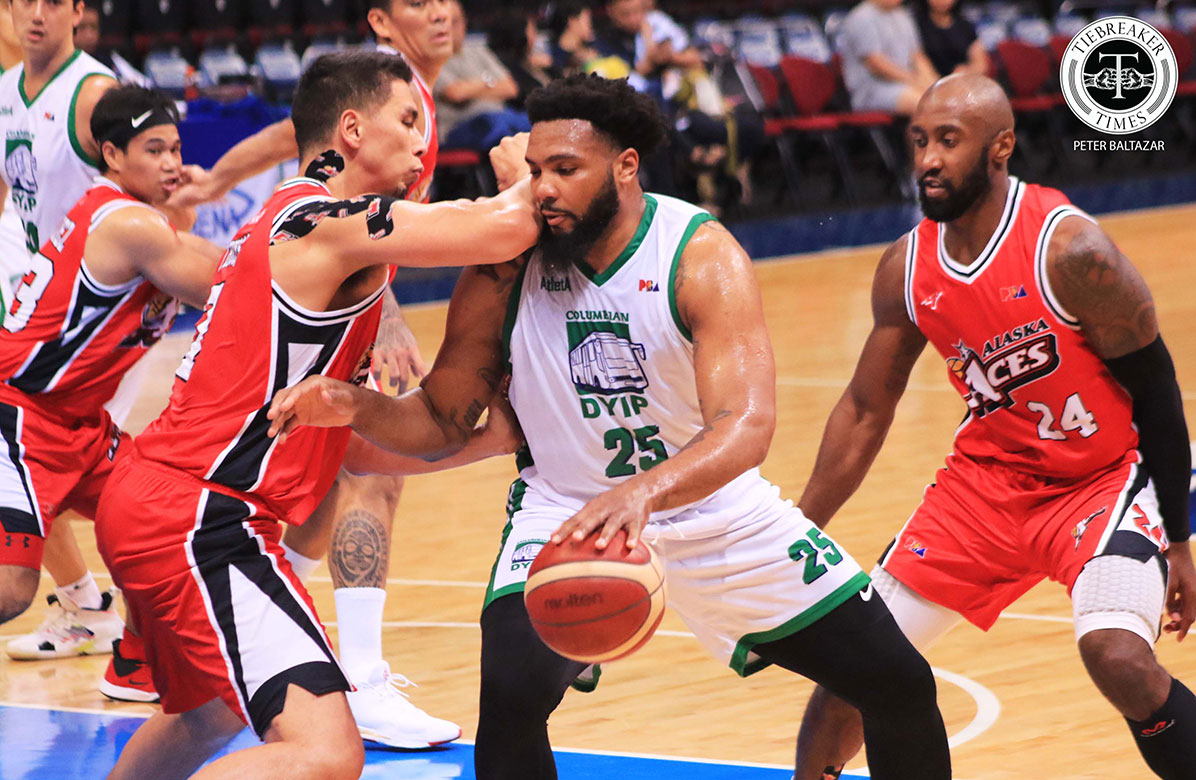 Behind a monster performance from Khapri Alston, the Columbian Dyip held off the Alaska Aces, 117-110, for a successful start to their 2019 PBA Governors’ Cup campaign Friday evening at the SM Mall of Asia Arena in Pasay City.

The burly American cager was a force inside the paint, muscling his way to 38 points on 63-percent shooting from the field. He also had 22 rebounds, four assists, and three steals.

“The win is just because of one thing: we have a good import,” lauded Dyip head coach Johnedel Cardel.

Just weeks removed from the FIBA World Cup, CJ Perez made an impact in the victory as well. He finished with a double-double of 28 points and 13 rebounds in over 37 minutes of play.

The win also ends Columbian’s eight-game losing skid versus Alaska. Still, the Dyip had to avert a meltdown before walking away with the win completely in their bag.

Columbian were already sitting on a 97-83 cushion with 9:34 to go in the payoff period. The Aces then slowly chipped away the deficit. Abu Tratter — Alaska’s new kid on the block, whom thy got via trade with Blackwater— got them to just five, 108-113, with 26.1 seconds left.

But Tratter missed two free throws with 21 seconds remaining, which could have trimmed the lead further

McCarthy then calmly made three of his four freebies seconds later to make the game out of reach.

Alaska were led by import Justin Watts, who finished with 40 points on 51-percent shooting and 14 rebounds.

Rookie Tratter was just a rebound short of a double-double with 15 points and nine rebounds. Vic Manuel made 14 points and eight boards, while Simon Enciso chimed in 11 markers.

Alaska suffered a tough blow with the exit of Noy Baclao due to a knee injury. The veteran big man left with 11:02 in the final frame after a bad fall off a drive to the basket.

Baclao was stretchered out of the court and initial reports say that he suffered a dislodged kneecap.

Both teams will see action again this Sunday at the SMART Araneta Coliseum. Columbian will look to go 2-0 versus the Rain or Shine Elasto Painters at 4:30 p.m. Meanwhile, Alaska will battle the Barangay Ginebra San Miguel at 6:45 p.m.