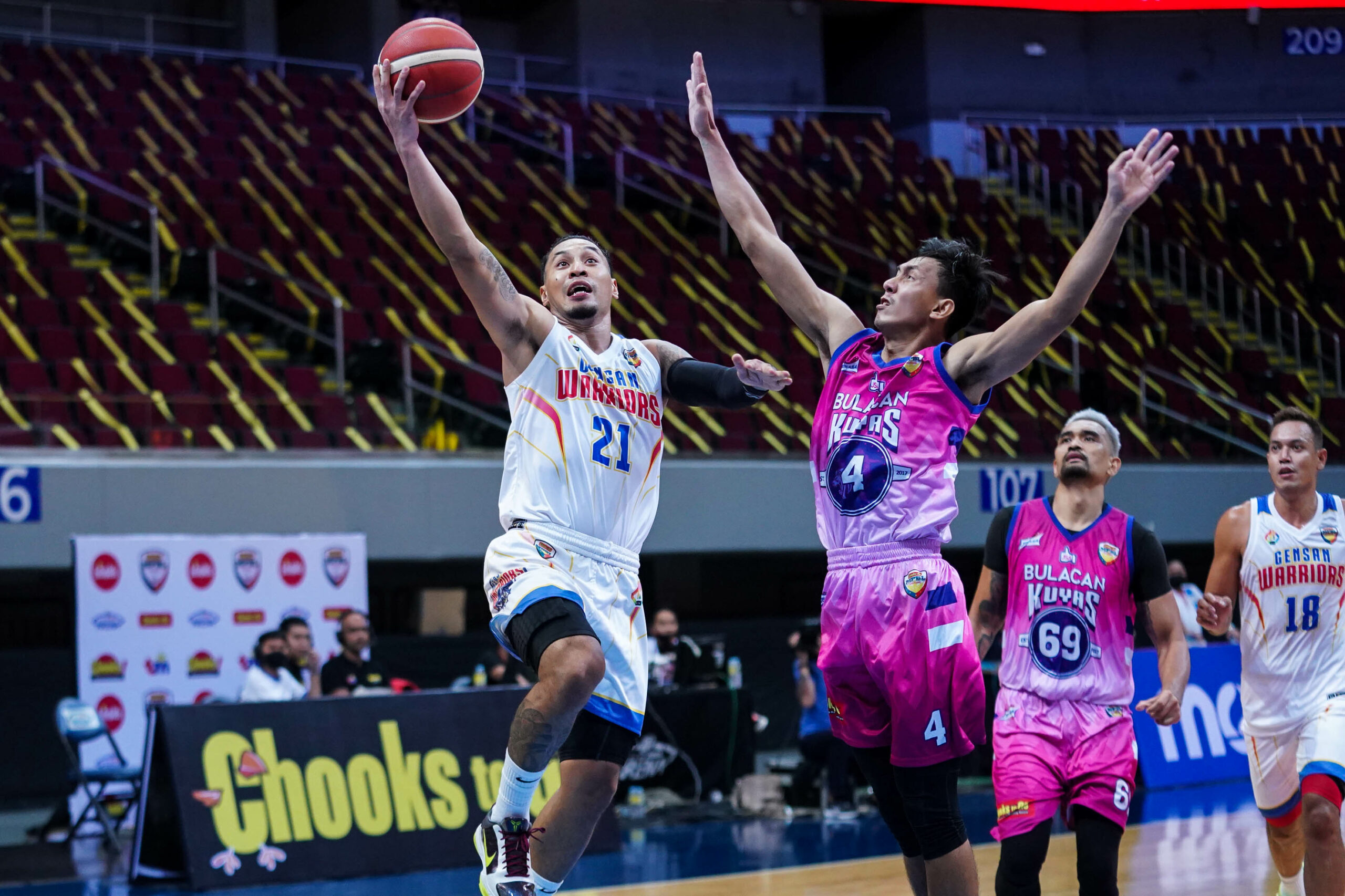 Unlike their first three games in the tournament that saw them lose by an average margin of 8.33 points per game, the Warriors did not remain persistent up to the very end.

“Thankful for the win and we just wished that we were able to start the tournament as strong as this,” said GenSan’s young Fil-Am guard RJ Ramirez.

Clinging to a 64-61 lead entering the final frame, Raymundo and Ramirez took charge for GenSan.

Raymundo kickstarted a 12-3 rally to gain an 11-point cushion midway through the last quarter. Ramirez meanwhile made a living from the foul stripe, helping extend GenSan’s lead to as high as 17 points, 84-67.

Ramirez, a product of Far Eastern University, had a game-high 22 points built on nine free throws while Raymundo added 18 points and seven assists.

Bulacan, whose playoff hopes in this 13-day tournament ended due to having a 1-3 card, was led by the 20 points and 13 rebounds of Bryan Faundo. JJ Caspe and Jack Hoyohoy got 15 points each with the latter also grabbing eight rebounds.

GenSan will look to continue its spoiling ways as it faces Mindoro (2-1) tomorrow at 8:00AM.

Bulacan, on the other hand, ends its campaign against Manila on Monday.