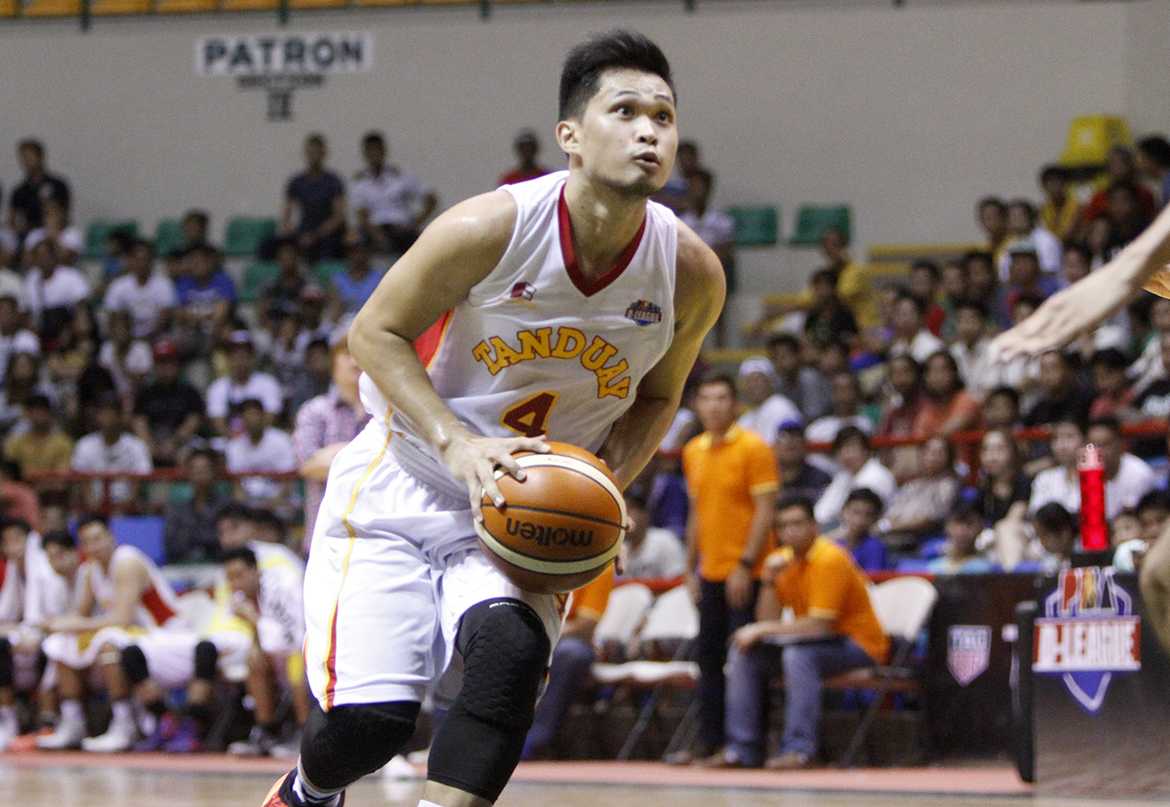 The former King Bulldogs dropped 26 points to tow the Tanduay Rhum Masters to an 89-75 victory over the Phoenix Acellerators Tuesday evening at the Alonte Sports Arena in Binan, Laguna to force a winner-take-all Game 3.

With his team’s back against the wall, Alolino poured 10 of his 26 markers in the payoff period, while adding three rebounds and two assists.

“Sabi ko nga, yung mga larong walang bukas, doon kami umaahon,” said coach Lawrence Chongson. “But before we get too ahead of ourselves, all we did is tie the series.”

Reden Celda also chimed in 15 markers and six dimes, while Jaymo Eguilos had in 11 points, seven boards, and three blocks for Tanduay.

The Rhum Masters took charge in the fourth, turning a five-point, 61-56 third quarter lead to 14, 77-63 before Mac Belo got thrown out for incurring two technicals at the 4:49 mark.

That was when Alolino and Eguilos took over, finishing the job as Tanduay grabbed a lead as high as 21, 89-68 late.

READ  Teams have already made picks for special Gilas Draft

Meneses believes Teodoro can make it to the PBA