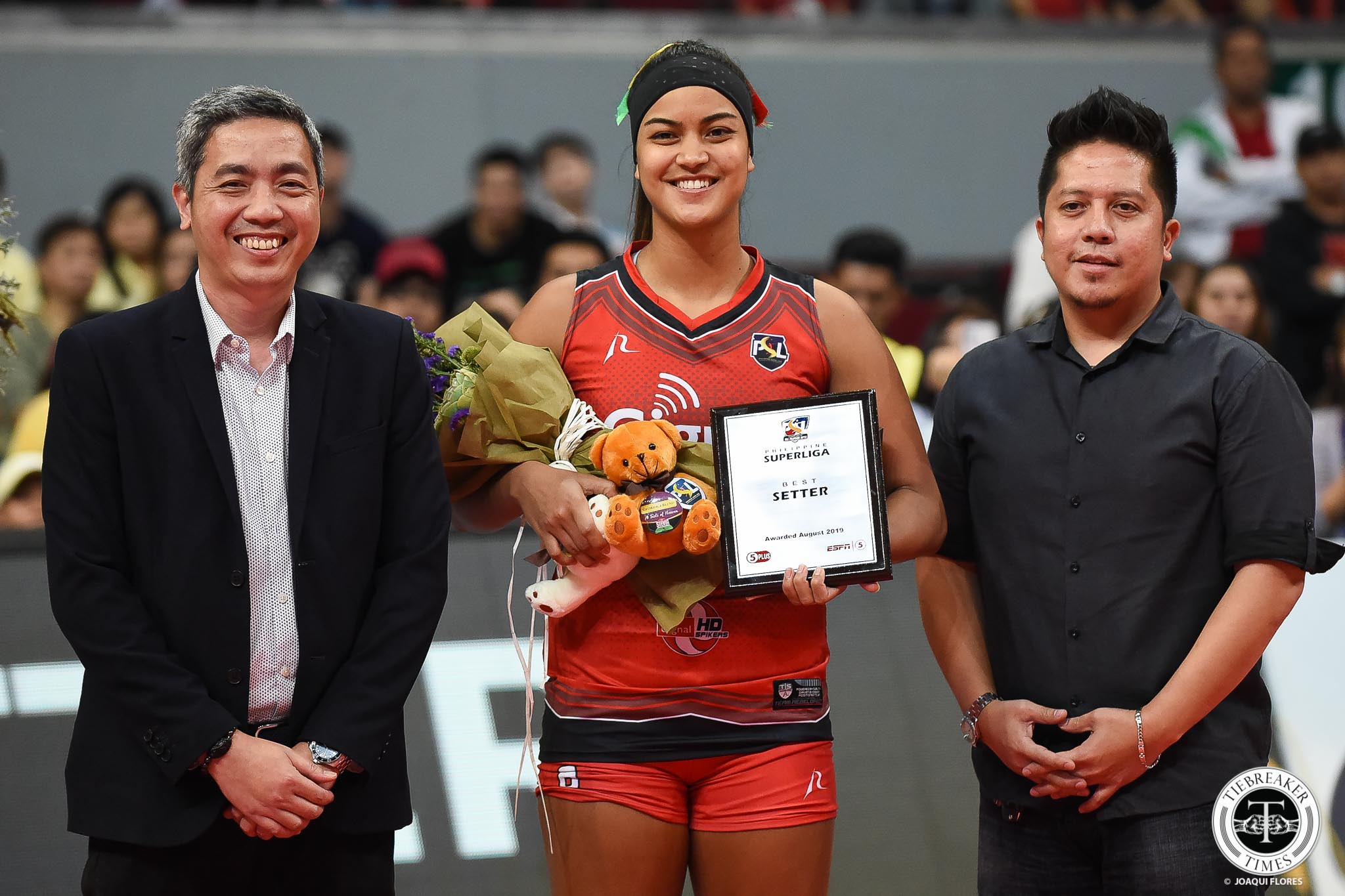 When the dust settled in the 2019 PSL All-Filipino Conference last Tuesday, Cignal playmaker Alohi Robins-Hardy was hailed as the Best Setter of the tournament.

It was a fitting recognition for the 6-foot-3 orchestrator who made her presence felt on all fronts for the HD Spikers in her first conference with them.

While she delivered the goods for the likes of Rachel Daquis and Jovelyn Gonzaga with pinpoint accuracy, Robins-Hardy also fortified Cignal’s vaunted wall along with Mylene Paat and Roselyn Doria. The Fil-Hawaiian additionally punished the opposition in a plethora of ways whenever she caught the defense napping.

Still, as deserving as she was, the erstwhile-United Volleyball Club member knew that she would not have won the plum without the collective effort of a team. So, she deflected the credit to Cignal, the team that provided her a home following her departure from UVC.

“Like I said before, you know, individual awards don’t come without a great team behind me.

“Credit to those girls. Proud of them for helping me out, for the coaches, for the management. Giving me this opportunity, [I’m] just grateful,” the BYU standout bared.

However, it was an achievement that Robins-Hardy could not fully celebrate. After all, she and her HD Spikers had yielded to the F2 Logistics Cargo Movers in Game Two of the championship series moments before she received the award. 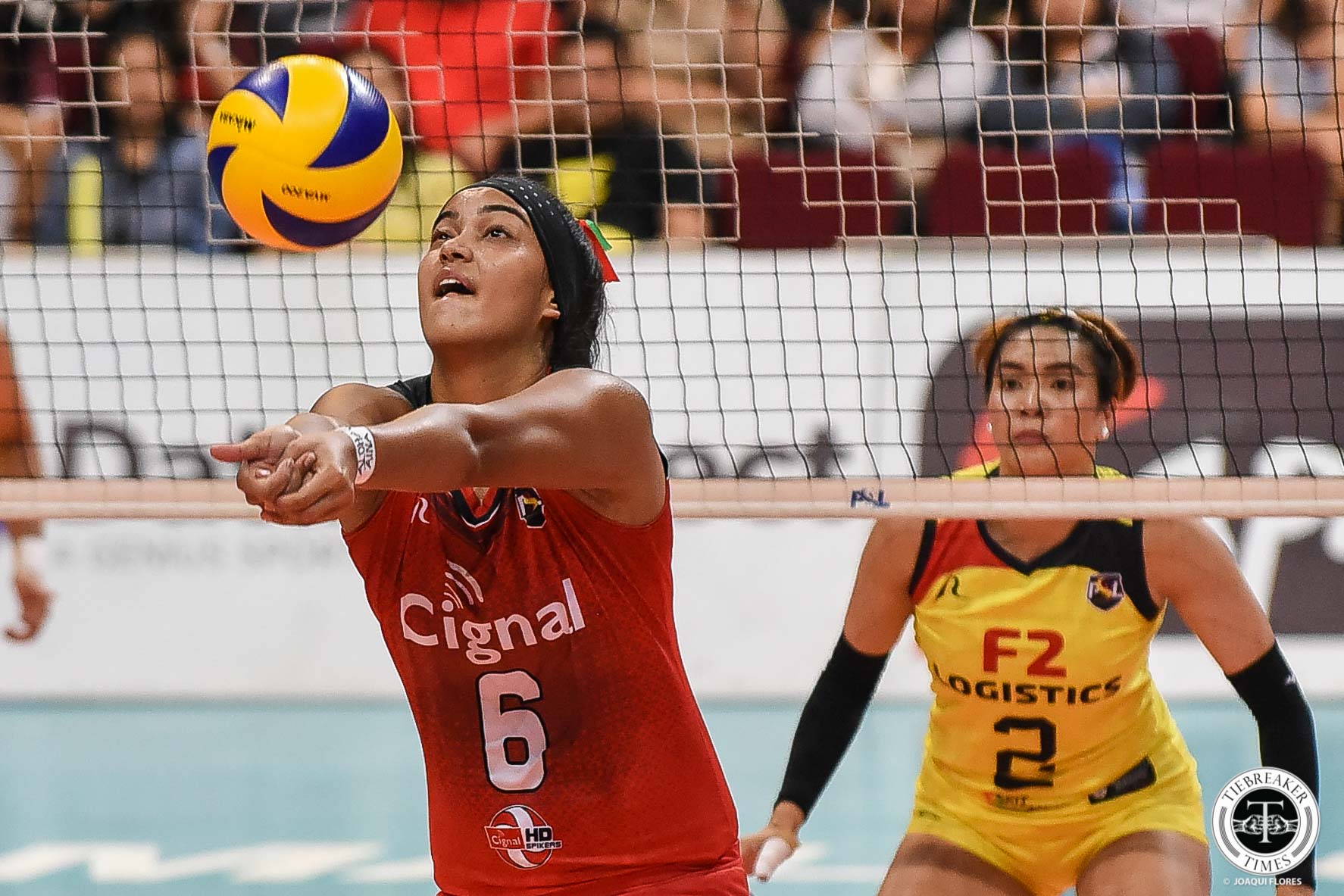 “Definitely, mixed emotions,” she confided. “I’m pissed inside. We could’ve won. We could extend this to Game Three. But also, very proud of Kalei [Mau], for F2 Logistics. Huge congrats to all the girls and coach Ramil [De Jesus].”

It was not the ending that she wanted for Cignal’s Cinderella run. Still, Robins-Hardy relishes the journey she and the rest of the HD Spikers went through en route to silver.

READ  Justin Brownlee lauds Ginebra for stepping up for him: 'One man falls, your brother is there to pick you up'

“You know, we’ve gotten better. Sad result, but we’re grateful to be second. We could have been last,” she said. “We’ve grown since the beginning of the conference… Since I’ve been here, at least.

“Really proud of the girls for coming out and showing what we got.”