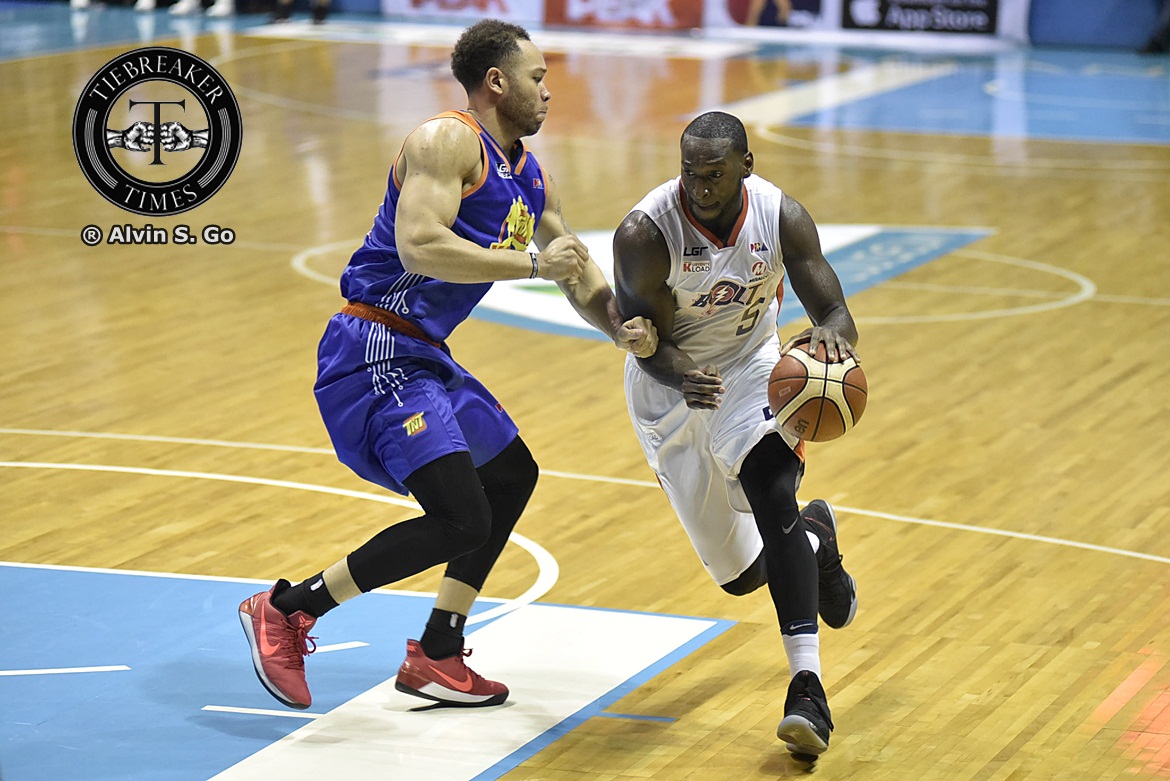 With the way Allen Durham is playing this 2017 Governor’s Cup, posting norms of 27.1 points, 20.0 rebounds, 7.0 assists, and 1.1 blocks, his case of bagging his second Best Import trophy became stronger once more.

But the 29-year-old does not care about that or any other individual accolade.

For him, all that he is going after is the Governor’s Cup title — an award that slipped away from him and the Meralco Bolts last year, thanks to Barangay Ginebra.

“Championship is in my mind.

“I’ll let you guys talk about that [Best Import],” said the Michigan-native, moments after the Bolts clinched the top spot heading into the playoffs at the expense of June Mar Fajardo and San Miguel Beermen, 104-101.

This wil be the first time that the Orangemen will head into the quarterfinals as the top-seeded team. But despite the confidence it brings, Durham insists that there are still a lot of work for them to do.

“It feels good but they don’t give you trophies for being number one in the regular season,” he said.

“We gotta keep doing work and we have a number one goal in mind and that’s to be champs.

“We gotta get back to work tomorrow,” furthered the all-around forward.

The quarterfinals will open shop this Tuesday, and the Bolts will start their campaign against a dangerous team in Blackwater Elite. Durham knows it will be a tough match, but for him, Meralco has to simply keep doing what they do.

“If you wanna be a champion at anything, it’s not gonna be easy,” stressed Durham.

“It’s going to be games like this in the playoffs, and we just gotta play defense, keeping trucking and keep going.”