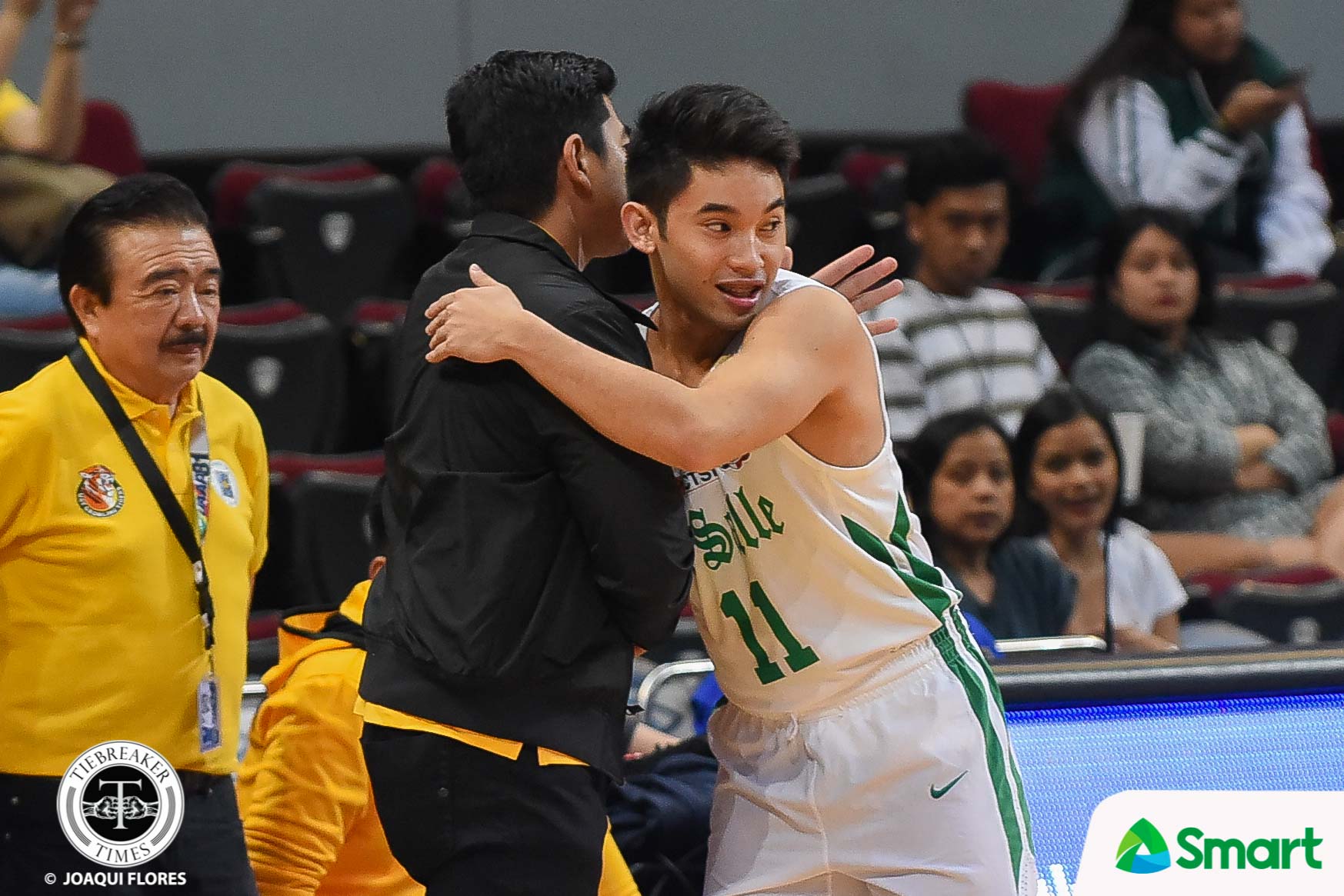 Aljun Melecio played like a man on a mission when the De La Salle University Green Archers took on the University of Santo Tomas Growling Tigers. But it’s not because he wanted to impress nor get back at Aldin Ayo — the person who recruited him to La Salle back in 2016.

“For me, it’s just another game. Laro lang.

“Gusto ko lang mag-bounce back from loss to UP, yun lang iniisip ko,” disclosed the 19-year-old, who had 12 points in La Salle’s 61-67 loss to the UP Fighting Maroons, three days ago.

Melecio was on fire to start the contest, scoring 10 points in the first quarter before following it up with seven more in the second frame.

Though it seemed that he had an ax to grind, the 5-foot-8 gunner said that it was not just him who wanted to win this one.

But just like his head coach Louie Gonzalez, he and Ayo were not even able to talk to one another during the post-game.

“No. Hindi kami nag-usap before and after. Hi, coach lang, yun lang.”

After facing La Salle, Aldin Ayo more proud to be in UST