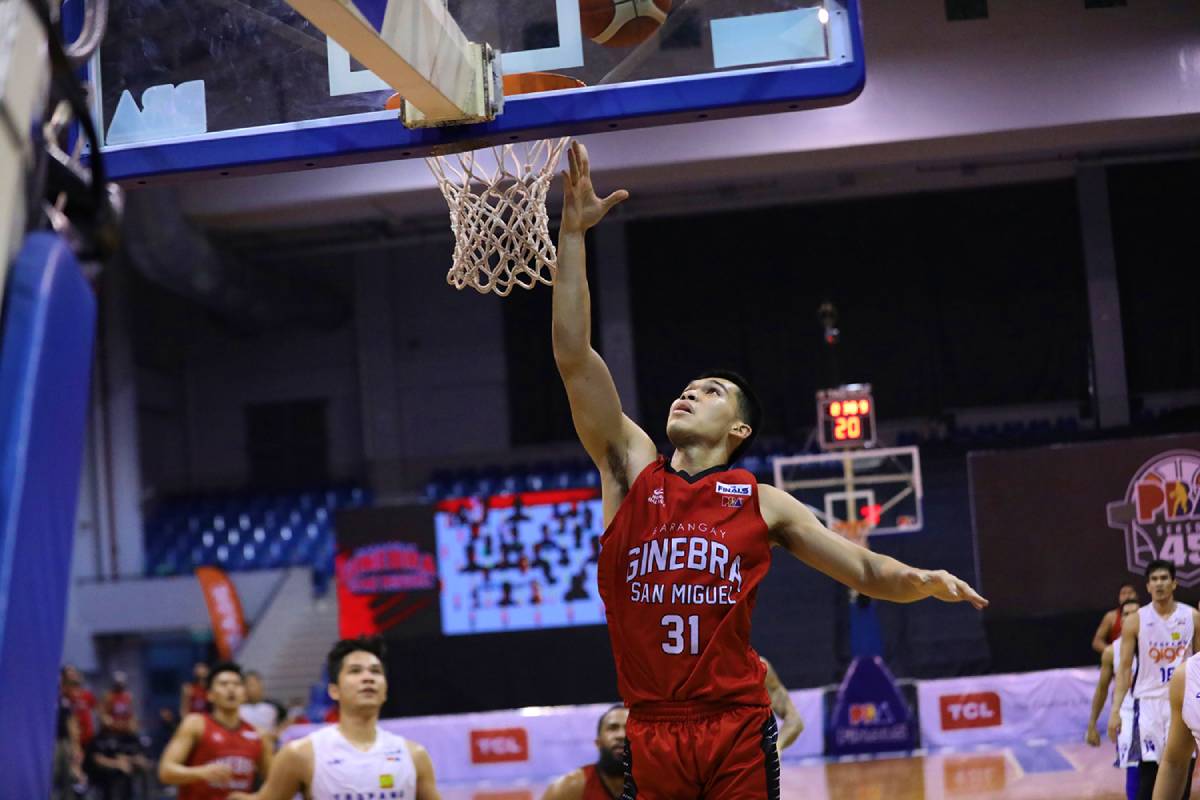 With usual suspects such as LA Tenorio and Japeth Aguilar far from their usual selves, the 28-year-old asserted himself. He put up 20 points on 7-of-11 shooting from the field along with nine rebounds.

Ten of his points came in the third quarter alone, including the lay-up of a break that tied the game up at 68-all with 21.5 seconds on the clock. That shot wiped out what was once a wide 15-point advantage of the Tropang Giga.

The Barangay eventually bagged the 92-90 victory en route to a 2-0 lead in the best-of-seven series.

Mariano was the only other double-digit scorer for Ginebra in the win, the other being Stanley Pringle with 34 points. And he admitted that he made a conscious effort to come out aggressively right from the jump.

“Past games, medyo masama na nilalaro ko. I wanted to be more aggressive on both sides of the floor, so ayun lang,” said the University of Santo Tomas product, who only had six markers in the series opener.

And head coach Tim Cone was proud of the efforts Mariano made in the come-from-behind triumph.

“We needed a tough guy in the game today because we weren’t playing with a lot of toughness tonight. We were really lacking in toughness, and Aljon just took over for us,” he said.

“And he made a couple of big moves on his own — real strong moves that kind of lifted the whole team. That’s what Aljon does for us. He’s that tough guy. He comes out on the floor, plays through everything, he plays through my yelling at him. He really just comes out to play all the time.”

The PBA’s only 22-time champion coach also reflected on how the 6-foot-4 forward has grown since the league’s most popular franchise took him as the 16th overall pick in the 2015 Rookie Draft.

#ReadMore  Topex Robinson on getting Jamike Jarin to Phoenix: 'I hated him'

“Again, Aljon took over the game for us, because we needed toughness and he’s a tough guy. I love that term, tough guy, and he’s really a tough guy.”

Mariano, however, remains grounded even if he just helped Ginebra move to just two wins away from the title.