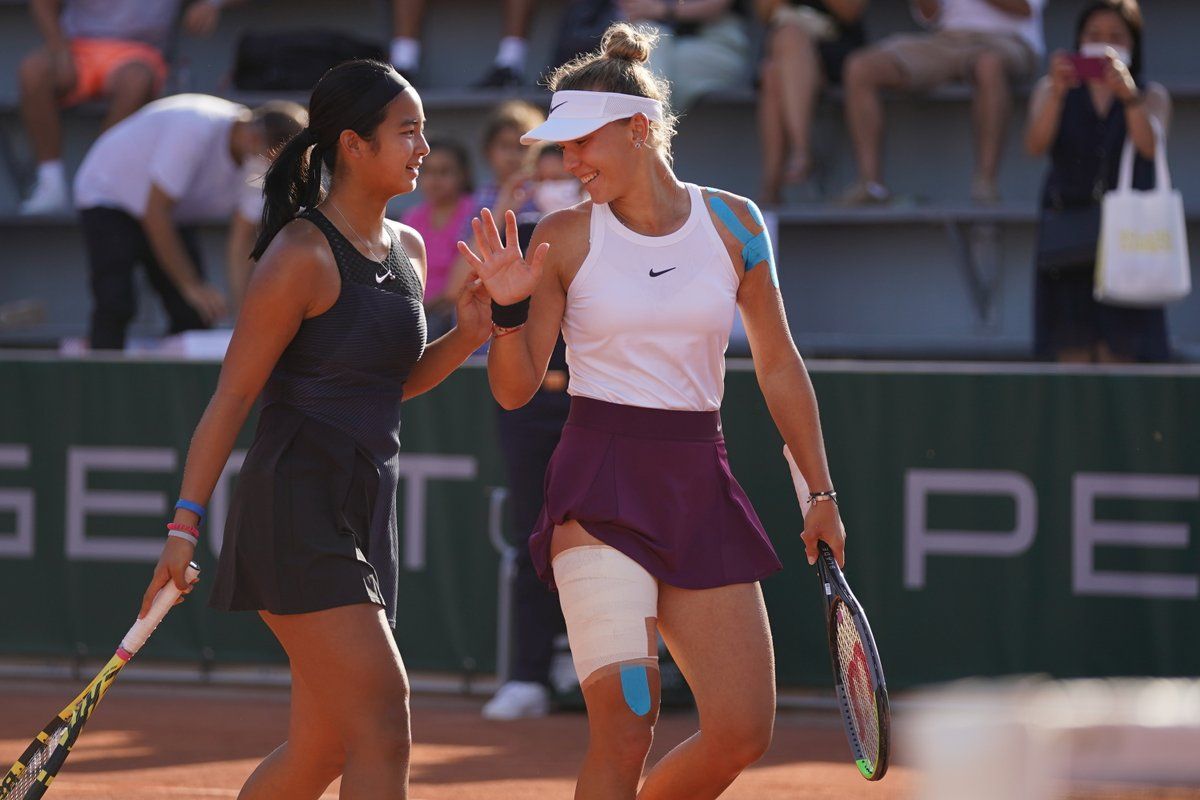 And she did not hide from the French crowd that she is Filipino, speaking in her native tongue to thank everyone who supported her.

“It is actually the Independence Day today, so I hope I made my contribution to the country.”

And make the country proud, she did.

A year after winning her first Grand Slam girls double crown in the Australia Open, Eala had to overcome a tough upset loss in the singles to start the tournament.

Good thing she had Oksana Selekhmeteva on her side in doubles play.

“I want to say a big, big thank you to my partner.

“She really had a tough match and she fought really, really hard both in singles and in doubles. So, I could not ask for a better partner this week,” said Eala.

Selekhmeteva was coming off a tough semis loss last Friday before taking on the Italian duo of Eleonora Alvisi and Lisa Pigato.

In the finals against AK Toth and Maria Bondarenko, the duo had to dig deep after dominating the first set, 6-0.

But their Grand Slam experience proved the difference. It led to a 7-5 second set win to rule Roland Garros.

It did help the young tennister that her parents Mike and Rizza made the trip to France to cheer her on.

“Thank you to my family and friends for coming, and to everyone back there in the (Rafa Nadal) Academy.”