Alex Eala is not yet done in Catalonia, Spain.

On her own terms, the 15-year-old pro rookie has punched her ticket into her first-ever final professional circuit for doubles. She and partner Russian Oksana Selekhmeteva downed the Dutch duo of Suzan Lamens and Isabelle Haverlag, 6-3, 6-1, in the W25 Platja D’Aro tournament, Saturday (Manila time).

Making amends from her performance at the service line in her loss the previous day, Eala impressed in the endgame. She had an 80-percent first-serve clip, and turned her last into a powerful counterattack — the winning shot of the match.

Then in the third game of the second set, things really turned in Eala and Selekhmeteva’s favor. The two manned the court well, covering all the shots from the Dutch foes. Eala missed a hit to concede a point, but the Filipino-Russian tandem still went on to take the 3-0 game lead.

The momentum picked up at the tail end of the first set. They broke Lamens and Haverlag to take the 4-3 lead after the two sides exchanged service breaks.

A service hold from Eala and another break of serve gave her and her 18-year-old Russian ally the set advantage.

The Filipino will shoot for her maiden pro title as she and Selekhmeteva take on Lithuania’s Justina Mikulskyte and Romania’s Oana Georgeta Simion in the final. 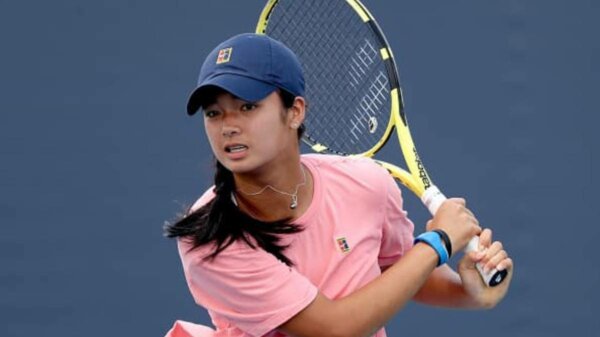