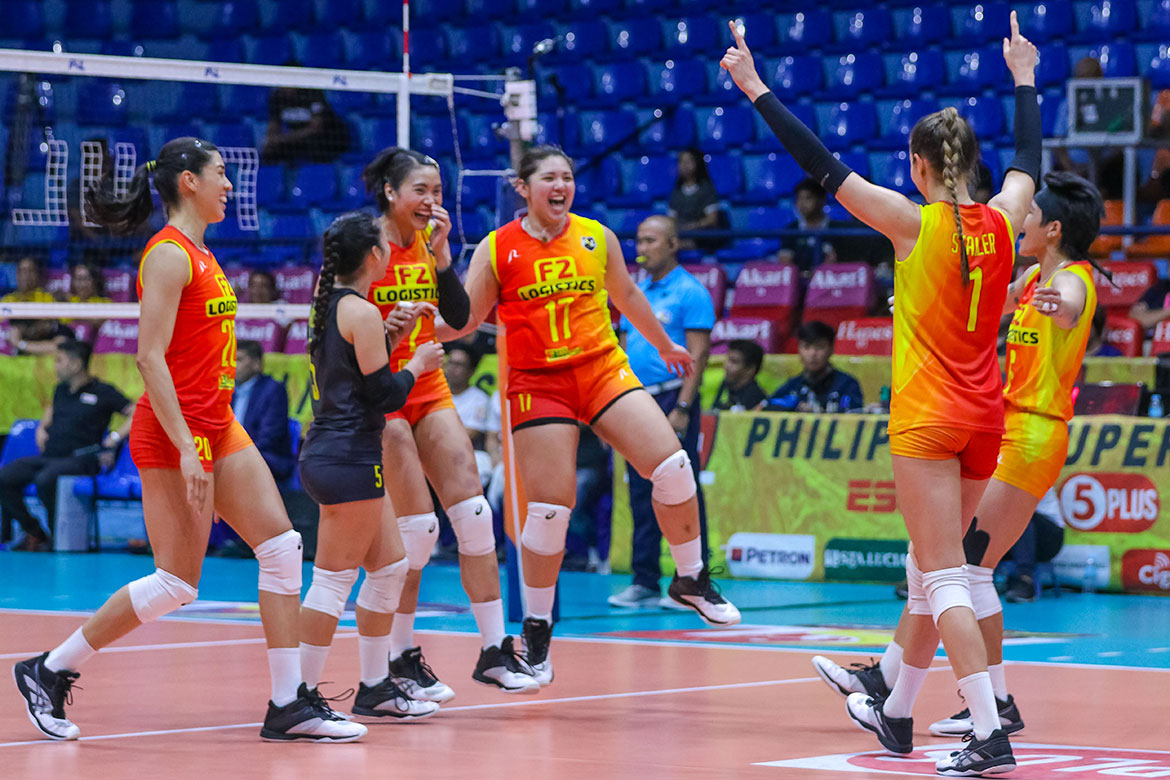 Losing National Team setter Kim Fajardo midway through the 2019 Philippine Superliga Grand Prix could have been detrimental for F2 Logistics, had they not had Alex Cabanos.

The University of Santo Tomas standout then stepped up and kept the Cargo Movers afloat in the elimination round, well enough for a second-seed berth in the playoffs.

Still, Cabanos has had her rough patches, most recently struggling in Game One of the semifinals against PLDT.

F2 Logistics head coach Ramil De Jesus admitted that consistency has been Cabanos’ problem. He added that it could have been the source of frustration from some teammates, including import Lindsay Stalzer.

The Cargo Movers are near their third straight Grand Prix Finals, and Cabanos is happy to have contributed to F2 Logistics’ success.

“Masaya rin kasi we’re getting there sa goal namin. We just have to continue practicing and keep working on ourselves para prepared kami for anything,” the 25-year-old Cabanos said.

The adjustment has been difficult, particularly the need to keep the pressure of F2 Logistics’ success off her mind.