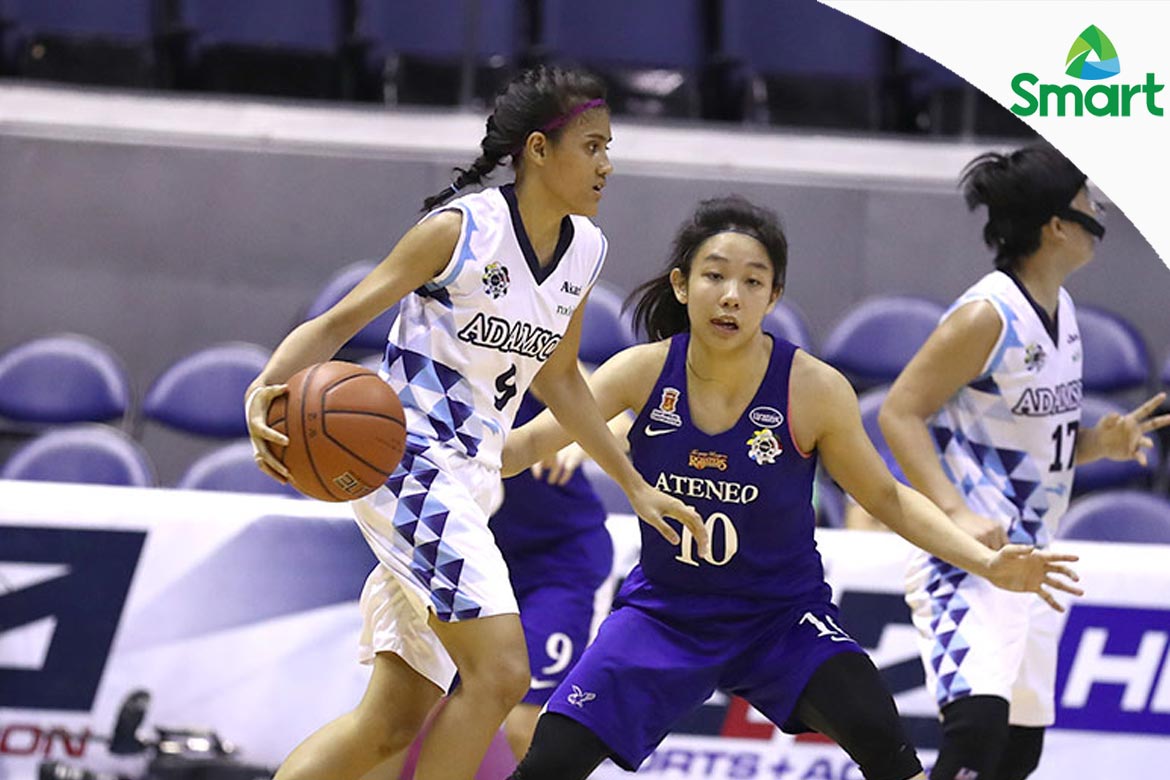 In a battle of two schools looking to grab a hold of fourth place in the UAAP Season 79 Women’s Basketball Tournament standings, a win was imperative for either the Adamson University Lady Falcons or Ateneo de Manila University Lady Eagles.

The game itself didn’t disappoint, as it was the first overtime fixture this Season 79. There had to be one winner, though, and it was Adamson who came through 65-64 over Ateneo today at the Smart Araneta Coliseum in Quezon City.

Jamie Alcoy led Adamson with 16 points. Alcoy was followed by Nathalia Prado and Myra Osano who scored 10 points each. Adamson head coach Mike Fermin was absent due to a medical check-up for his wife.

Ateneo led as much as 16 points in the first half. After three quarters, the Lady Eagles had a 38-46 separation away from the Lady Falcons.

Early in the fourth quarter, baskets from Hazelle Yam and Katrina Deacon gave Ateneo a 42-55 safety net from Adamson.

However, the San Marcelino school didn’t give up and an 8-0 run capped off Kristeena Camacho made it a 50-55 ballgame.

With less than 40 seconds left in regulation, the Lady Falcons forced a turnover and Alcoy converted a three-point play to make it 55-57 at 39:8.

The Lady Eagles then failed to score in their next possession, and then Alcoy laid the ball up to level the playing field at 57-57.

Overtime occurred and Adamson, again, forced another turnover from Ateneo which allowed Prado to provide Adamson a 64-62 edge. Yam then fouled Alcoy. who was only able to slot home one freebie.

Only 8.2 seconds were left in the game and Ateneo had possession. Jonette Uy De Ong’s trey failed to get in and then she was fouled afterwards. Uy De Ong managed only one free throw as Adamson held on 65-64 against Ateneo.

Defense was what won the game for Adamson. The Lady Falcons got 30 points off turnovers as they forced the Lady Eagles to lose the ball 42 times. Adamson also shot 33.33 percent from three-point range, while Ateneo only mustered 16.67 percent.