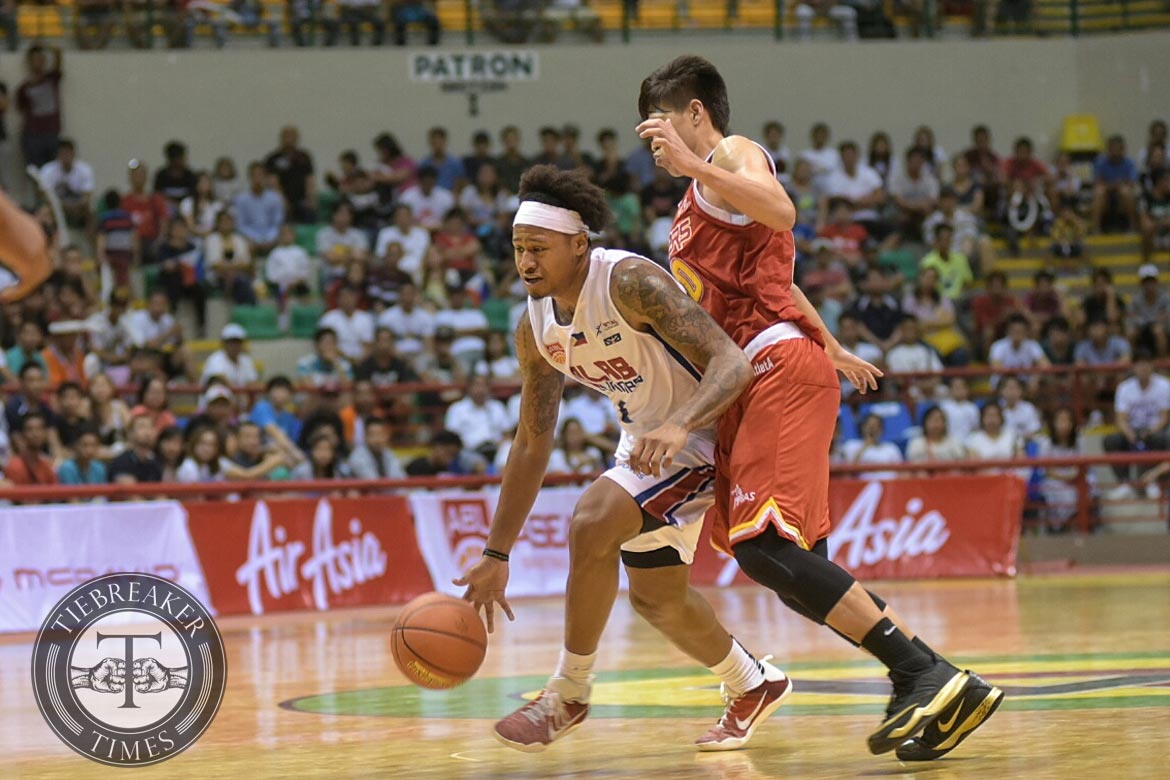 Alab Pilipinas debuted in the seventh Season of the ASEAN Basketball League on a losing note after their hijack attempt was halted by the fiery Singapore Slingers, 71-66, Sunday evening at the Alonte Sports Arena in Biñan City, Laguna.

Bobby Ray Parks led Alab’s charge with 19 points on 5 of 11 shooting in a losing effort. Foreign reinforcement Seung Jun Lee tallied a double-double of his own with 13 markers and 10 boards. Diminutive guard Jeric Fortuna had 10.

Alab and the Slingers banked on their respective half-court sets most of the time in the first quarter, with both teams looking to score either from beyond the arc or from inside the paint. The Filipinos led 10-6 with 5:37 on the clock after a Lee triple, but the Slingers made a 10-4 run anchored by Leon Kuek’s jumpers to close the first in their favor with a slim two-point lead, 16-14.

The next frame saw a more aggressive Alab side on offense, pulling off a 17-4 scoring spree sparked by seven straight points from Val Acuña in the early goings to post a wide 31-20 lead with 3:30 left. The Slingers closed by five, 31-25, but could not trim the deficit further as Parks, Fortuna, and Lee made their shots to send Pilipinas ahead, 39-30, at the end of the half.

An exchange of scoring runs defined the third period. Alab’s pace slowed down, allowing the Slingers to erase a 42-32 deficit and switch it to an eight-point gap, 55-47, after a furious 23-5 explosion highlighted by a Xavier Alexander poster dunk over Parks. However, Alab came back strong, closing the quarter with an 8-0 run capped by a Fortuna trey at the buzzer to tie it at 55.

With their triples missing its’ target, Alab went slow once more in the final frame, aiding Singapore to an 8-2 run sparked by Alexander to lead by four, 63-59, midway. From there, Alab played catch-up ball and closed by just a point, 67-66, after made charities by Parks. They had chances to take the lead, but free throws by Justin Howard and Kuek sealed the deal for the Slingers, 71-66.

“I am happy with the way we played given the limited time we had to prepare. I saw flashes,” furthered Cuan, who is also debuting as a head coach after serving as an assistant coach for Globalport Batang Pier in the PBA.

Four Slingers paced the team’s offense, with three of them posting double-doubles. Howard led all scorers with 22 points and grabbed 20 rebounds. Alexander produced 15 markers and 11 boards, while Kuek, the Slingers’ shooting guard, tallied 11 and 11. Wei Long Wong supplied 17 in the victory.

Alab Pilipinas (0-1) will look to pick up its first win on Sunday, December 4, facing Kaohsiung Truth (0-1). The game is set to take place at the Baliwag Star Arena in Bocaue, Bulacan.