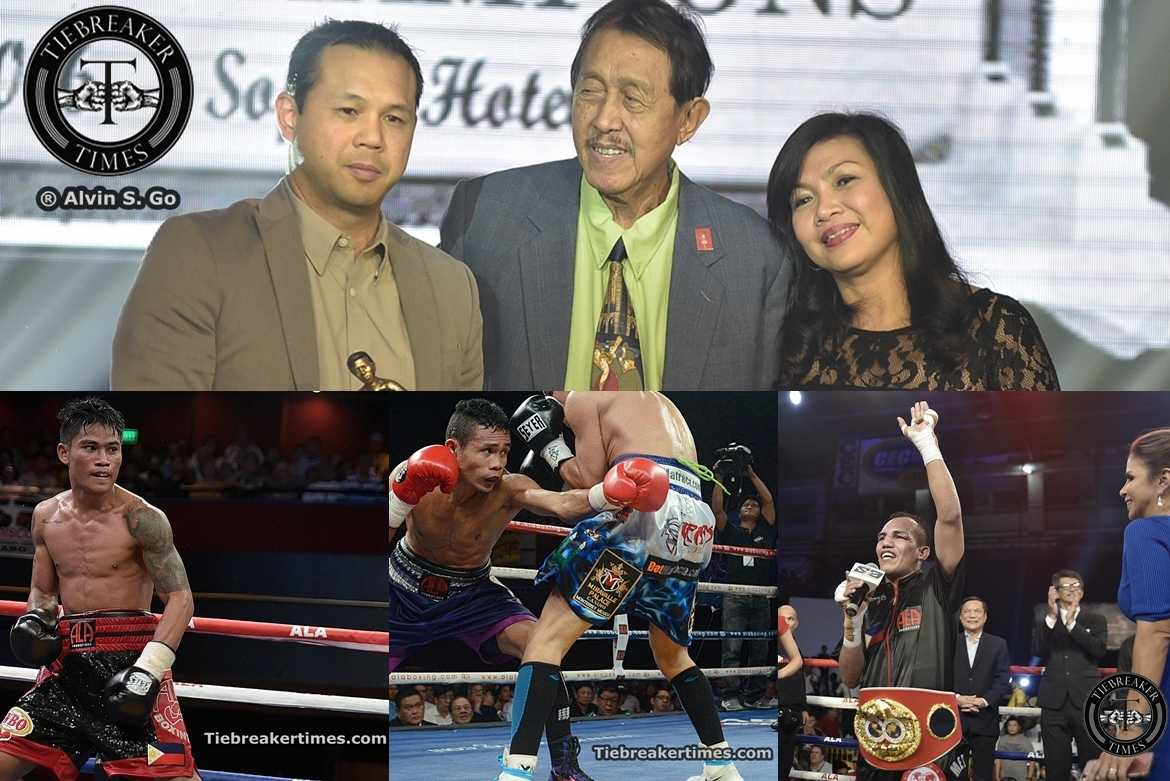 From their world champions down to their young guns, the stable has produced excellent results in their respective assignments.

Capping off the year was Milan Melindo (35-2, 12KO) winning over Fahlan Sakkreerin, Jr. to claim the interim IBF World Light Flyweight title to realize his dreams of becoming a world champion.

Looking back, Michael Aldeguer, President and CEO of the ALA Boxing Group, is just proud with the team’s overall performance. To keep the ball rolling, the Cebuano promoter is eyeing bigger fights for his wards heading in the new year, beginning with front-runners Melindo and Nietes.

“We’ll sit down with Milan, his training team and the coaches and see what does he want to do.” Aldeguer said, targeting a title defense for “El Metodico” within the next three months. “I [also] got to sit down with the Japanese matchmakers and see what dates they are looking at. Maybe from there, we’ll be able to assess Milan preparing for the next fight which is I think for the regular world title already.”

As for Nietes, who is ranked number one and number three by the WBO and IBF respectively, Aldeguer sees the Negrense to be at the top in his new division.

“There are a lot of options for Donnie. Right now he’s number one in 112, the world champion is Zhou Shiming. In fact, they’ve overlapped Donnie because they went for the vacant title for the number two and the number three,” he said.

“Donnie is the number one [contender] and it was supposed to be number one and number two but hopefully we’ll gonna get an offer in 120 days or 90 days. But if not, we’re also looking at IBF, he’s number three now.”

And now with Johnriel Casimero vacating his IBF crown after defending it in the UK last September, Aldeguer plans to talk right away to Nietes and his coaches about their next move.

With regards to the next Pinoy Pride cards, ALA’s head honcho is planning to bring the promotion’s biggest stars closer to the fight-loving Filipino audience.

“Definitely we’re always looking at that,” Aldeguer said on another possibility of hosting the Nietes fight here in the country.

“That should be the main priority, bringing the fight here. But if not, we’re looking at the US or maybe China or even Japan or Thailand. It depends on what’s out there for Donnie and who’s he gonna fight for.”

With Aldeguer’s vision, the future certain looks as bright as ever for the boxers of ALA Promotions.