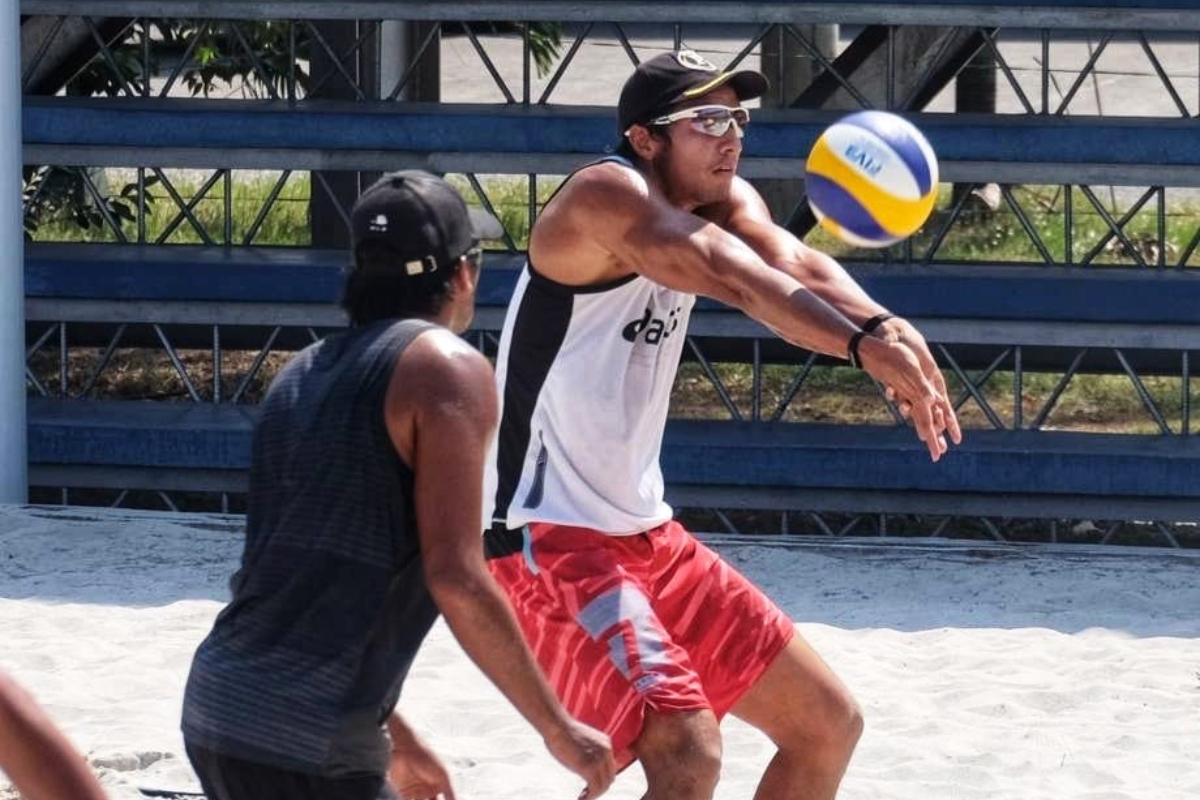 AJ Pareja is enjoying the best of both worlds – being a doctor and a beach volleyball player.

During the recent national beach volleyball tryouts in Subic, the 6-foot-4 Pareja, who is also vying to become an accredited FIVB Doctor, wowed his fellow athletes with his solid performance.

“I’ve known AJ since he was a teenager and I’m so proud of all his accomplishments. His goal has always been to represent our country in the international arena and I am so happy to journey with him towards his ultimate dream,” said Creamline beach volleyball program head Charo Soriano about Pareja who attended high school in Lourdes School of Mandaluyong before going to Ateneo.

“His Creamline Beach family and the PNVF are here to support him all the way.”

Pareja’s showing earned him the nod as one of the 10 players who made it to the men’s beach volleyball pool despite all the challenges that it came along the way.

“The preparation has been there since day one of the pandemic. It wasn’t an overnight success. Regardless if gyms or training facilities were closed, I kept my physical condition with home-based workouts as well as keeping my nutrition in check despite the constant temptation of binging at home,” said Pareja, who has comebacking James Pecaña as his partner during the tryouts.

“Biggest key to my performance is having a professional coach who helped me study the sport at home and analyze lots and lots of videos of how the elite level beach players do it.”

Pareja is no stranger to playing for the country, as the former Ateneo middle hitter made a triumphant return to indoor volleyball in 2015 when he represented the Philippines – parading its first men’s team in 10 years – in the 28th Southeast Asian Games in Singapore.

Prior to that, Pareja passed the Physician Licensure Examination in 2014.

Since then, Pareja was able to juggle time with his profession and the sport that he loves.

“I’ve been living out this balancing act ever since from college, med school, even during medical practice so I kind of have a grasp of it. It’s all about accepting that both commitments have high demands and figuring out when you can compromise effort for either one without negatively affecting the overall result,” said the UAAP Season 72 Season MVP said.

“I’ve learned to say no when it doesn’t help in the progress of either commitment. It also helps a lot to have a support circle that understands your frequent absences because of these commitments.”

Being part of Creamline’s beach volleyball program is special for Pareja, especially on the welfare of his fellow players during this challenging time.

“As the Team MD of Creamline Beach, I will ensure that the athletes are free from any injuries and that they’re keeping themselves safe and healthy despite the pandemic.

“Drafting the medical protocols for all team activities has been both a learning and fulfilling activity for me especially to my other life as an MD,” said Pareja, who joined the program last year.

A Beach Volleyball Republic campaigner since 2016, Pareja is more than ready for the task at hand.