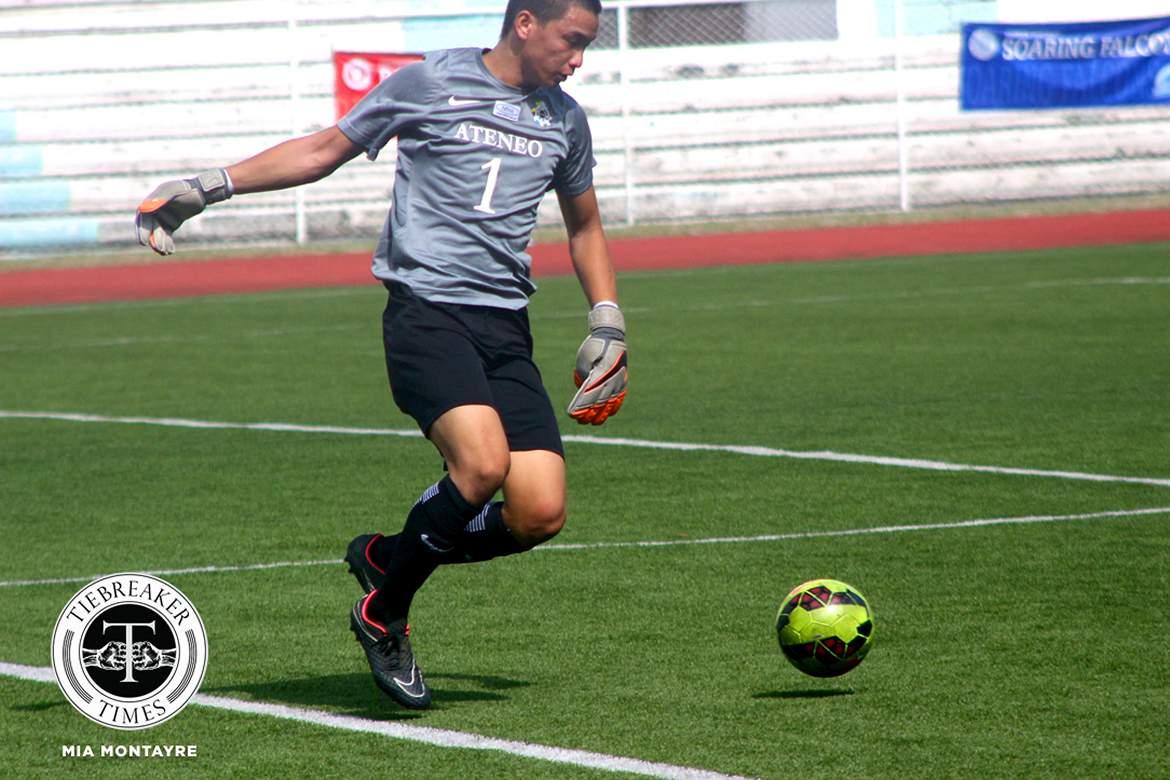 Six games into their fledgling UAAP careers, Ateneo de Manila University freshmen Enzo Ceniza and AJ Arcilla are proving to be the Blue Eagles’ rising stars, as the duo have made a good impression thus far.

Arcilla, who has played in all games between the sticks, registered his fourth clean sheet this season; as of now, the goalkeeper has only allowed one goal each against the University of Santo Tomas and University of the EAst. That makes it an average of one goal in 270 games. Only Far Eastern University’s RJ Joyel has a better record than him.

His teammate, Ceniza, became the latest hero of the team as his clinical finish guided Ateneo to a huge 1-0 win over rivals UP. Apart from that, he also scored goals against the National University and UE, making it three goals under his belt this season.

Amidst a six-game winning streak his team is enjoying, Arcilla downplayed the achievement, especially at this point of the season. There have been times in recent history when teams who performed excellently in the first round faltered into the latter stages, and he is aware and determined to avoid that happening to them.

“No relaxing. We have to finish strong so we can come out stronger in the second half. It’s just because we have won six straight games, that doesn’t mean anything,” the rookie goalkeeper noted after their slender win against the University of the Philippines.

The Ateneans could have lost that game against the team that defeated them in the final last season, particularly with how they performed in the first half. Having survived a UP attacking barrage in the first 45 minutes, the Blue Eagles were then inspired by their coach and their captain for the day.

“As a team, the first half was just not that good. The adjustment of coach JP really made the difference in the second half. It gave us a lot of confidence and our captain Jayra Rocha, the team talk before the second half really lifted us up,” Ceniza, who hails from Cebu City, shared.

True enough, they went on to play more confidently after the break and rewarded themselves with a goal to eventually take all three points. Now, they are about to be tested by the FEU Tamaraws, the only other team to have not lost a game this season. Arcilla is relishing the challenge of what should be a pressure-packed match.

“Of course there’s pressure. That little pressure always pushes us. It gives us the edge. That’s where true champions are made,” the native of Los Angeles, California stated.

The Blue Eagles were dealt a huge blow ahead of that game, however, as attacking talisman Jarvey Gayoso is suspended for accumulated yellow cards. For Ceniza, though, it is not a major issue ahead of the FEU clash.

“As what I said we are a team. We trust one another. We don’t depend on Jarvey. Jarvey is a good player but we have other good strikers,” the 18-year-old stressed.

The Ateneo-FEU game will formally end the first round of the UAAP Season 79 Men’s Football Tournament, and the Blue Eagles will have an added incentive since it will be staged in their own backyard. Along with that comes the much-needed support that Arcilla has been raving about.

“As far as I know, we’ve been getting a lot more support than normal. I love it. All of our games actually there’s always people in the crowd,” the Filipino-American commented.

As the Blue Eagles aim to soar higher than they did last season, look out for Arcilla, Ceniza and even more rookies to help shoulder the load for Coach JP Merida’s team in their quest to reach greater heights and lift the coveted title they last won in 2013.