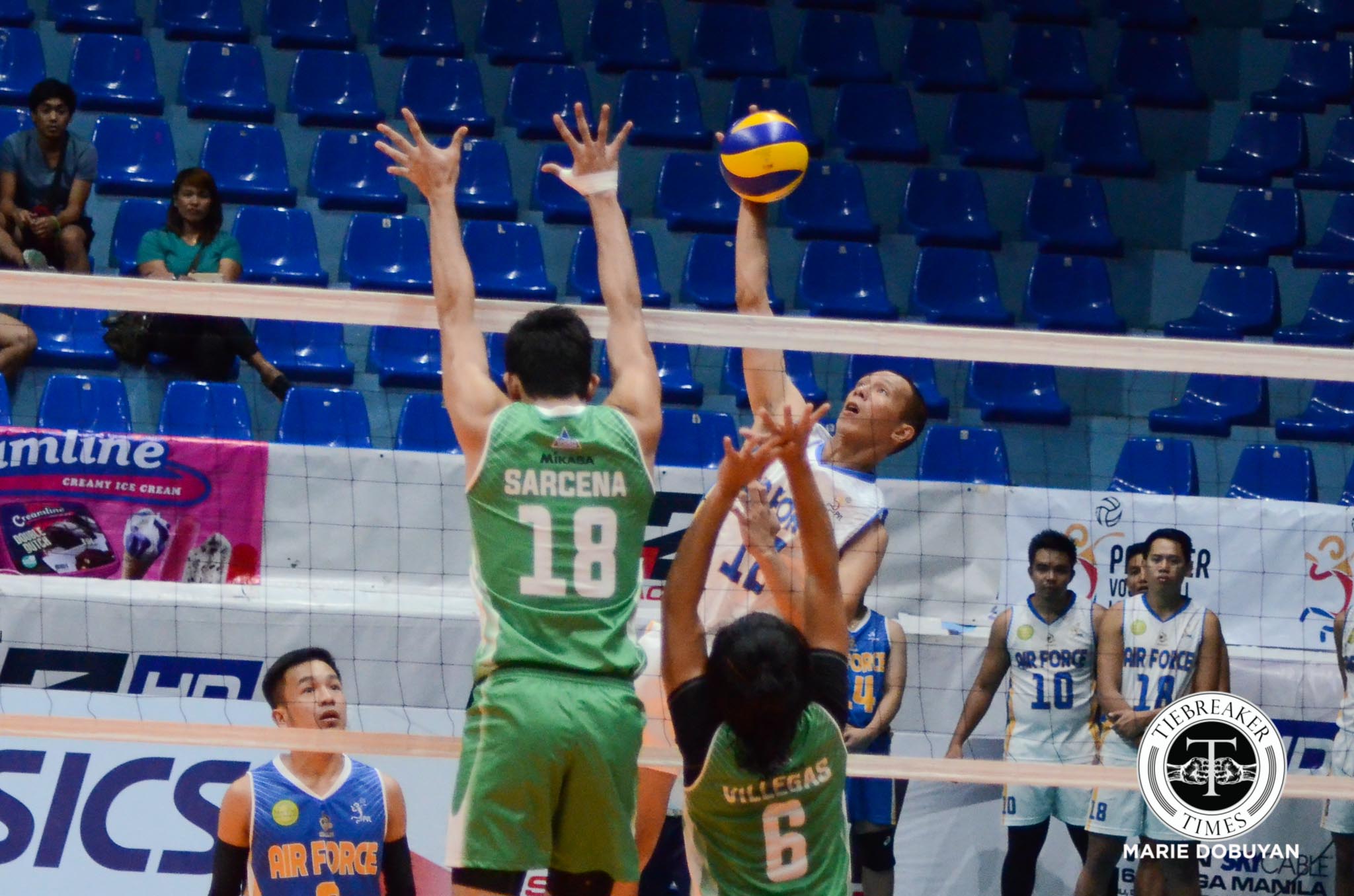 Taking on the core of the UAAP Season 81 Men’s Volleyball tournament champions, the veteran Aguilas showed composure down the stretch, limiting their errors and miscues in the final set.

UAAP Season 81 MVP Bryan Bagunas powered in 31 points, but was the only Ball Wrecker to consistently provide offense. Former University of the East Red Warrior Edward Camposano returned to the court after successive knee injuries, debuting with his future collegiate teammates with five markers.