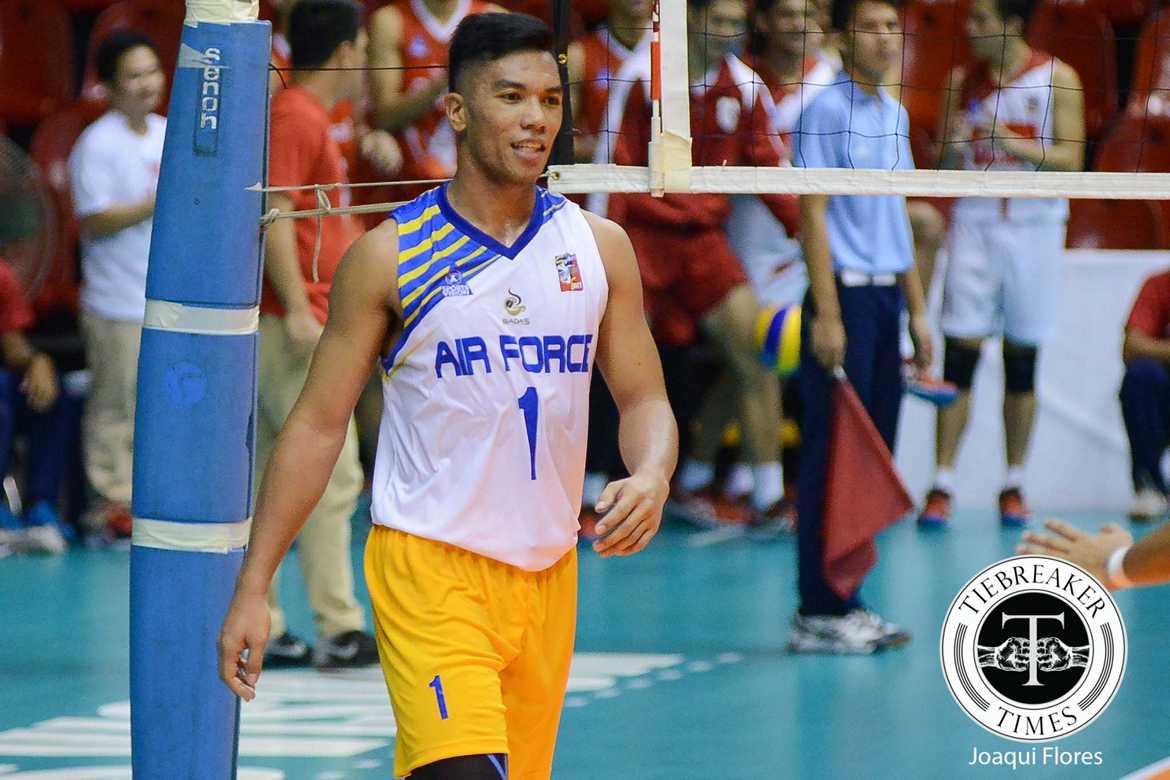 After a dismal opening set, the Philippine Air Force Jet Spikers pulled through in the succeeding sets to pin down Cignal HD Spikers in four sets, 16-25, 25-22, 25-23, 25-23, in the Spikers’ Turf Season 2 Reinforced Conference on Monday afternoon at the Philsports Arena in Pasig City.

The HD Spikers played like a well-oiled machine in the opening set, taking advantage of the Airmen’s rustiness to post a 16-11 lead midway. With their quick hits and wing attacks on target, Cignal took the first set by a wide nine-point cushion, 25-16.

Air Force slowly picked up rhythm on both ends of the floor, putting up a slim 16-14 in the middle of the second frame. Cignal then came back to send the set to 20-all, but ran out of gas as the Airmen had a 5-2 spree of quick hits to get even at one set apiece, 25-22.

Both squads displayed brickwall net defense in the third set, with Air Force taking control as they zoomed to a 22-17 lead from a 16-all knot. Cignal managed to run back and give the Airmen a scare, 24-23, but a cross-court hit wrapped the set for Air Force, 25-23.

A game of runs defined the final set of the match. From a tie at 16, Air Force inched closer to set point, 22-19. But Cignal came back to send it to another 23-all knot. However, Air Force, through Bryan Bragunas, scored the last two points to come out victorious, 25-23.

Herschel Ramos paced the HD Spikers with 14 points in the defeat.

Air Force (2-0) will face Philippine Army next on October 18, Wednesday, in the battle of Armed Forces. Cignal (1-1), meanwhile, will try to bounce back against Champion Supra this Saturday, October 15. Both matches are set at 12:30.