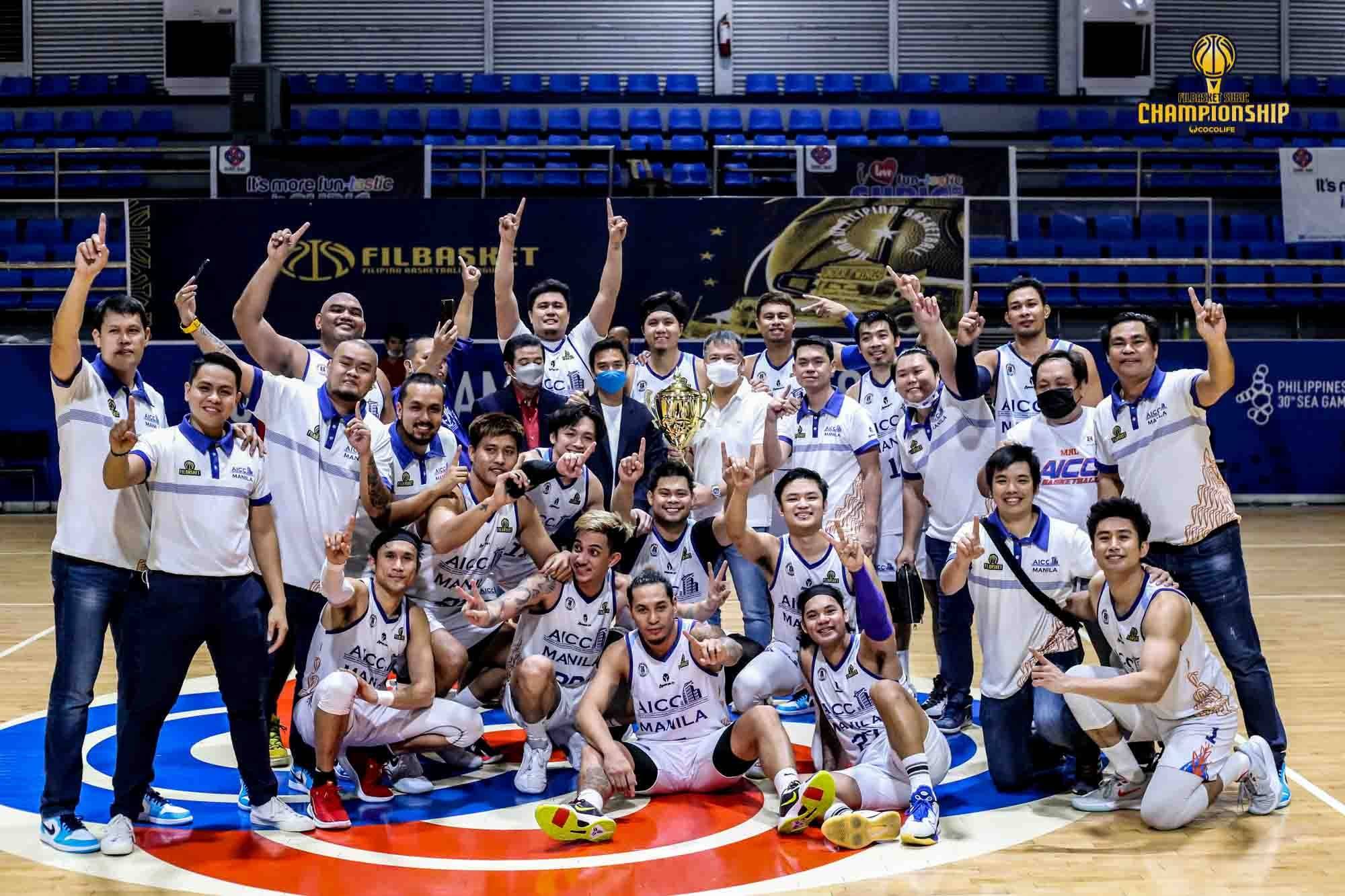 Losing the first game 80-74 last Saturday, AICC Manila clawed back in the second game yesterday with a 74-70 win to force the decider.

Strong was the start of Manila, leading by as much as 13 points, 62-49, with six minutes left in the final frame.

But the Knights — who finished in second place during the 2019-21 Chooks-to-Go MPBL Lakan Season — had one last push in them.

Ronjay Buenafe, the biggest recruit of AICC Manila for this tournament, knocked down two clutch free throws to seal the championship for his side.

Michael Mabulac, who was the VisMin Southern MVP, led the way for AICC Manila with 18 points and eight rebounds while Chris Bitoon added 13 points, six rebounds, and two assists.

Hesed Gabo chipped in 10 points and six assists. The product of Mapua was also named the Finals MVP after averaging 14.6 points, 3.0 rebounds, and 3.0 assists in the series. 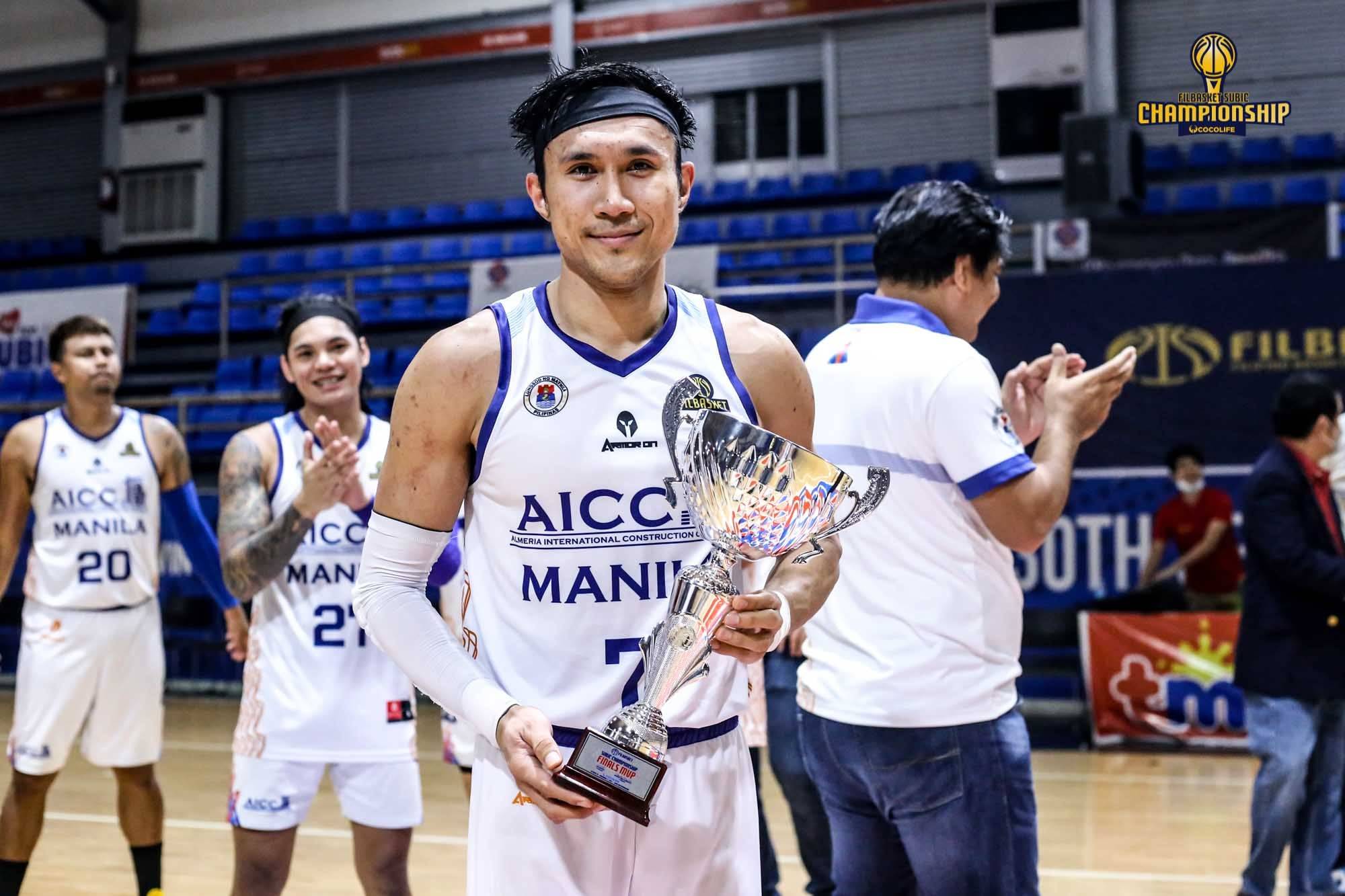 Sweet was this victory as AICC Manila entered the playoffs as the top seed, ousting MTrans Buracai de Laiya in the quarters and Pasig-Sta. Lucia in the semis. 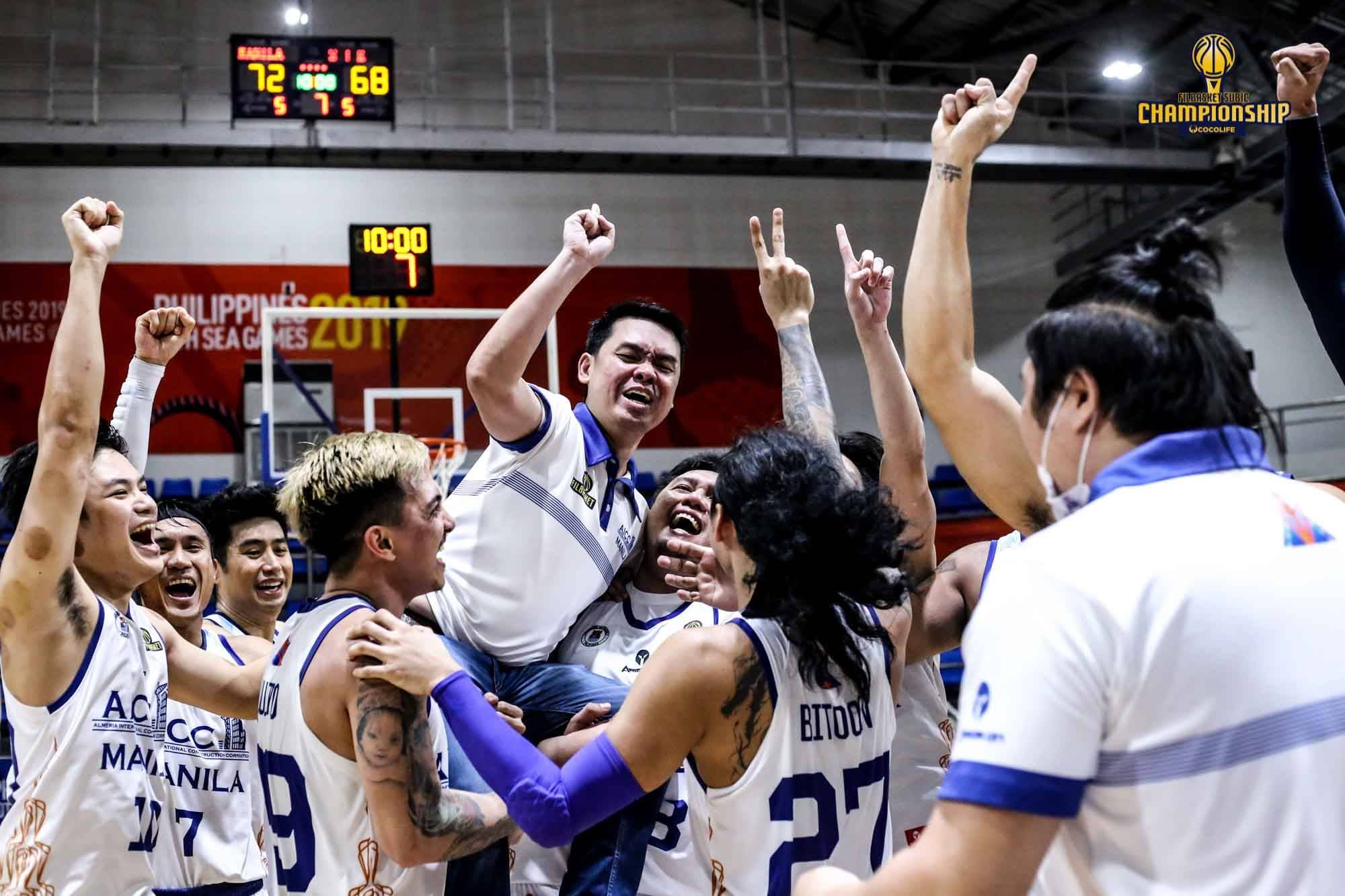 “Ang pinakaimportante sa akin yung winning attitude nila. We instilled values and discipline sa kanila,” said Cabiltes, who was hailed as the Coach of the Year.

San Juan, on the other hand, was able to gain vengeance early in the playoffs, defeating Chooks-to-Go MPBL Lakan champion Davao Occidental in the semis.

Abando led the Knights with 17 points while Clarito added 11 points.

Both Ato Ular and Wamar had 10 points each with the former also grabbing eight rebounds. JM Calma chipped in 13 rebounds as well.

After figuring in this amateur preseason tournament, both squads will make their return to the MPBL this December 11 for the Chooks-to-Go MPBL Invitational tournament.

#ReadMore  PSL to have eight teams for Challenge Cup