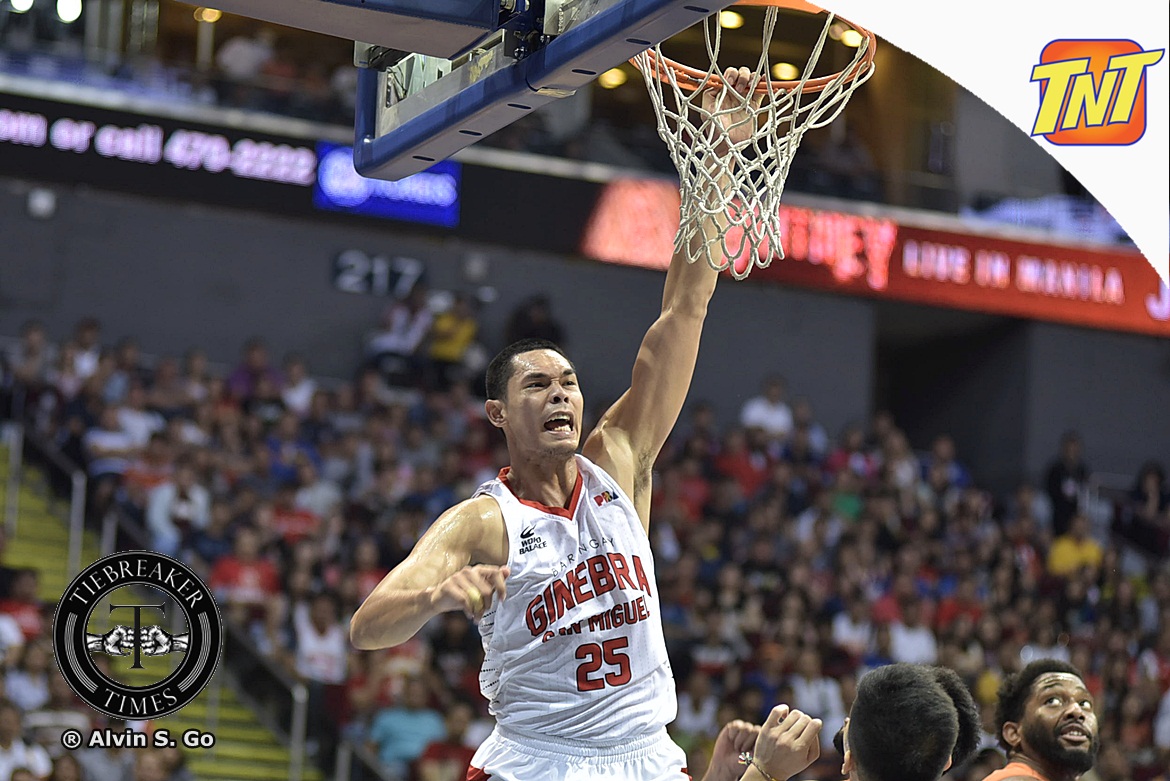 In one sequence early in the third quarter, Joshua Smith got the leather from the top of the circle. As he saw a gap in Barangay Ginebra’s defense inside the paint, Smith then took advantage and attacked inside.

And the American did it in style. The 6-foot-9, 330-pounder took a dribble, surprisingly spun to the left to catch his defender dazed and flat-footed, and finished the highlight-worthy scene with a two-handed rim pull.

That play was just one of the many reasons Smith was a gargantuan problem for Ginebra. They simply could not stop him, as he produced 35 points and 13 rebounds to lift the TNT Katropa to a 1-0 lead in their semifinal series.

And the 6-foot-9 Aguilar knows how tough it is keeping up with the giant.

“Not only he’s heavy, but he’s wide talaga,” lamented the 30-year-old after the bout at the SM Mall of Asia Arena, Sunday night. “Mabigat. Mabigat talaga. ‘Yung chance mo lang talaga is to fully deny [him] talaga.

However, Aguilar was quick to add that it was not just Smith alone who had made it a long night for the Barangay. The whole Katropa were on point on both ends of the floor, and Ginebra found it difficult to find their pulse.

“I think hindi lang si Smith. I think they did a really good job controlling the tempo. Ayun. ‘Di kami makakuha ng rhythm din,” rued Aguilar, who finished with 15 markers and five boards, but turned the ball over five times.

But despite being down by a game in the race-to-three affair, the seven-year veteran remains positive.

“It’s back on the drawing board, and we’ll see what adjustment we need to do.”

Arellano sends UP to do-or-die game against NU