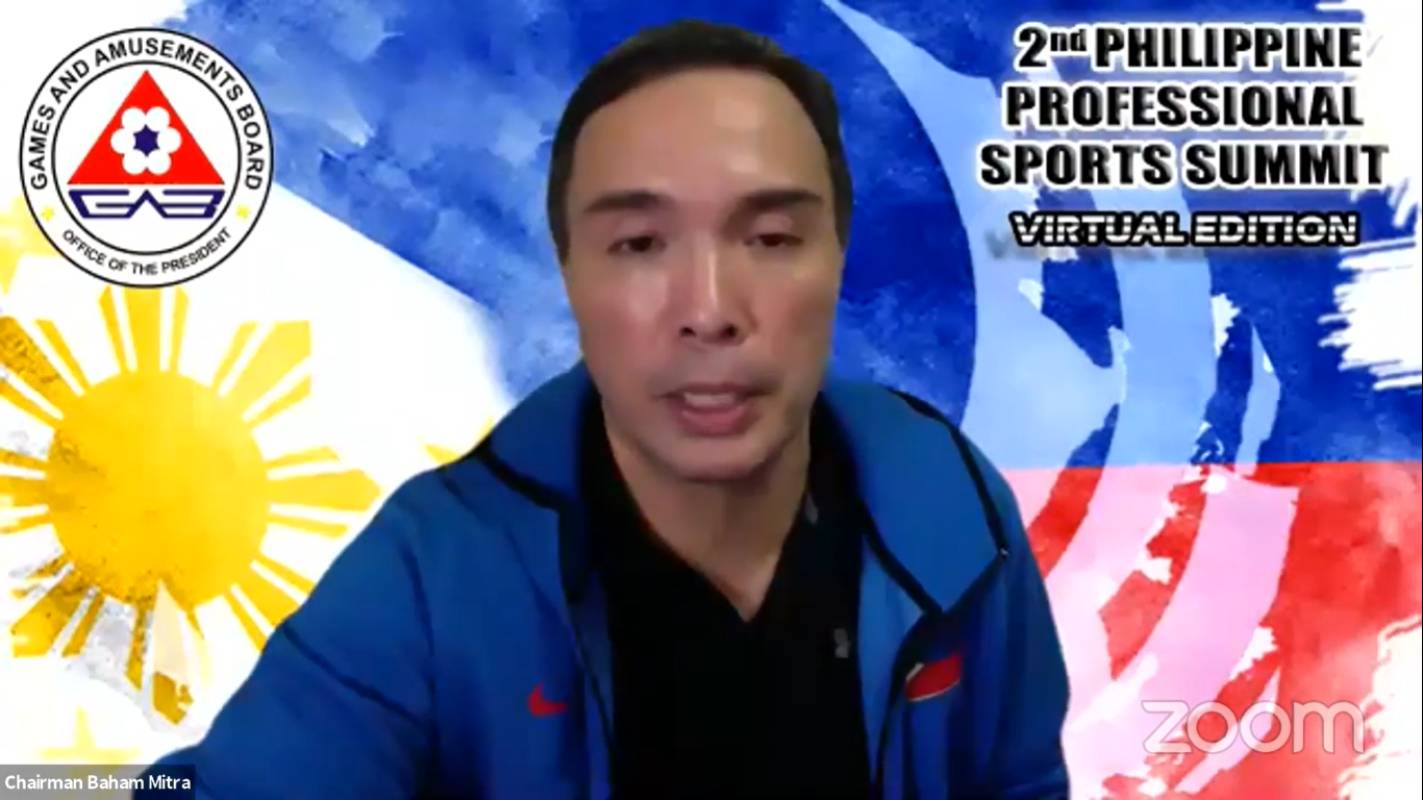 “During the start of the year when the pandemic has started, the future of sports was very dark and with no hope in sight. Who would have known at the end of the year and even in the midst of the pandemic, the GAB family would grow into having to welcome and embrace more members of its pro sports family?,” said GAB Chairman Baham Mitra.

In the past few months, GAB has been surrounded by difficulties, as the COVID-19 outbreak halted the conduct of sporting events in the country. However, despite all the lockdowns, GAB was able to pull off this annual event despite the differences from last year’s Professional Sports Summit held at the PICC.

“This year has been more than fruitful for the agency and we have been able to have so much with the help of our stakeholders, media friends, government agencies who helped us push for sports resumption to continue to provide livelihoods to the ProSports industry and entertainment to the Filipino fans,” added Chairman Mitra.

The two national leaders who first gave their special messages to the virtual audience were Senator Joel Villanueva and Senator Sonny Angara.

Senator Joel Villanueva, a former University of Santo Tomas varsity player, delivered his encouraging message in the afternoon session. He congratulated GAB and the members of the professional sports community for the successful virtual event.

While Senator Sonny Angara, the Chairman of Samahang Basketbol ng Pilipinas, thanked the legends of Philippine sports for being such an inspiration to the youth.

“Your stories of struggles and success can inspire the future generation of Philippine athletes – alam naman po natin na nandiyan yong raw materials – the next Manny Pacquiao, the next Hidilyn Diaz, the next Paeng Nepomuceno, and among many others – andiyan po – the next Eugene Torre,” said Senator Sonny Angara.