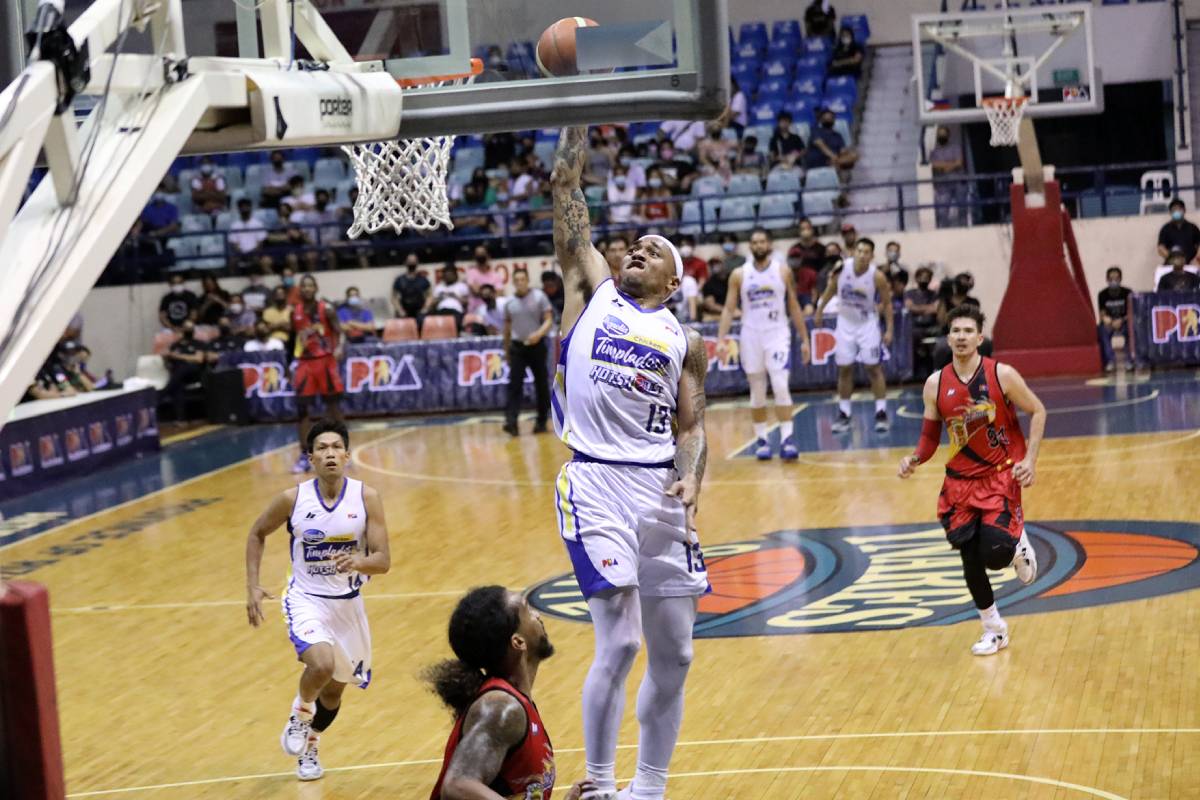 ANTIPOLO — Redemption is the only thing in the mind of Calvin Abueva after Magnolia saw its fightback fall short versus San Miguel in an early clash between heavyweights in the 2022 PBA Philippine Cup, Friday night.

The ‘Beast’ was far from the player who notched 23 and 12 in the Hotshots’ first win of the conference against NorthPort last Wednesday. He only registered four points and six rebounds against four turnovers in the 81-87 defeat.

He even muffed crucial free throws with 58.6 seconds left in the game, which could have immediately cut the deficit to just two points.

Good thing that his teammates were there to make up for those misses. Rome Dela Rosa secured the offensive board, which then led to a Mark Barroca one-hander from the right baseline. The two did what Abueva failed to do.

Unfortunately, though, they could not complete the rally. The Hotshots eventually absorbed already their third loss in four outings.

It is undeniably a tough predicament for the storied ball club heading into their highly-anticipated Manila Clasico affair with Ginebra on Sunday.

Magnolia will battle a Gin Kings side that’s picking up where they left off in the recent Governors’ Cup. There, they won their fourth championship in the season-ending conference in the last six years.

Furthermore, the team will be taking on a full-force Barangay with Japeth Aguilar and Stanley Pringle returning to form – a situation they can only hope to be in, too, as they’re ravaged by injuries, especially with Paul Lee.

Then again, none of that matters for Abueva as he’s only bent on bouncing back after a quiet night against the Beermen, now the league leaders at 3-0.

“Sa Ginebra, babawi ako,” the reigning Philippine Cup BPC said while on his way out of the Ynares Center here.