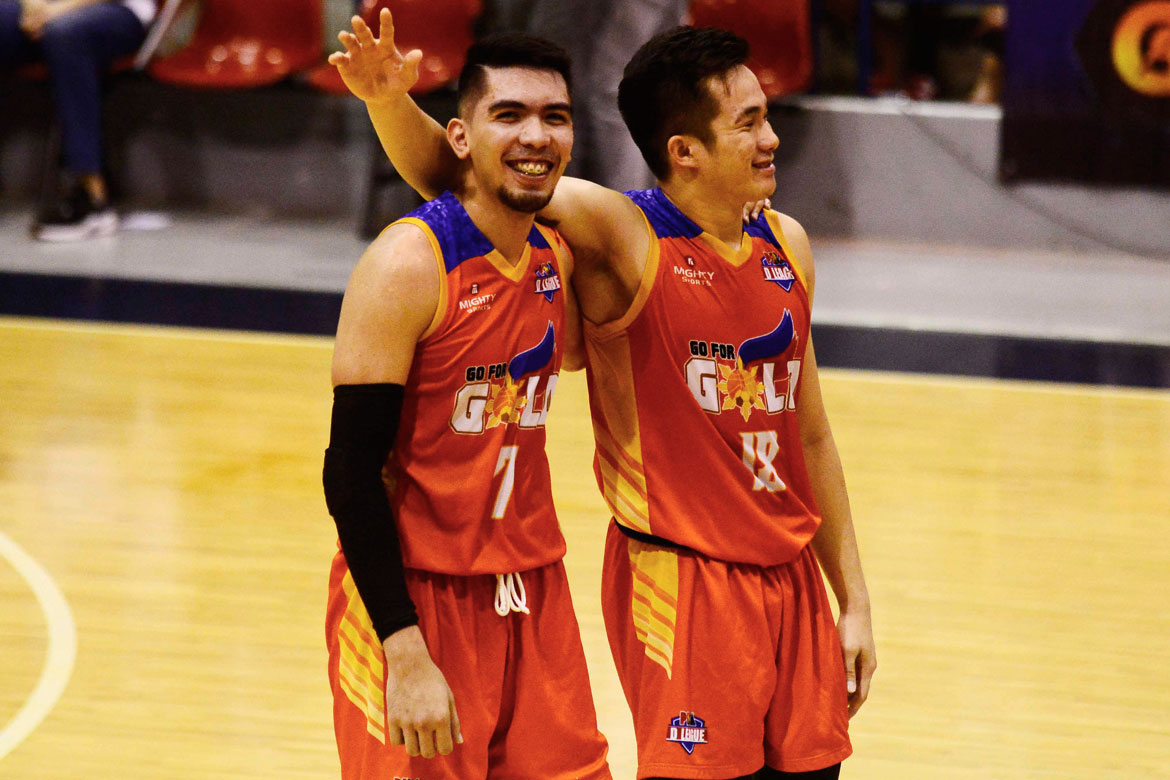 It took eight years, but Ron Dennison and Paul Desiderio were able to hoist a crown together once again.

“Sa CESAFI nag-champion ako. Juniors kasama ni Ron,” recalled Desiderio, as he and Dennison towed University of Cebu to the CESAFI crown back in 2011.

But the two were separated into rival camps in Manila, with Desiderio playing for the UP Fighting Maroons while Dennison enrolled in Far Eastern University. Even if they were fierce rivals on the court, the friendship still remained off of it.

When the opportunity to play together one last time arose, Desiderio took it, joining the Go for Gold Scratchers once more during the 2018 PBA D-League Foundation Cup Finals.

The duo were pivotal in towing the Sratchers in their title-clinching Game 5 win. Dennison tallying 11 points, seven rebounds, and five assists, while helping limit Jeff Viernes to just 15 points on 4-of-12 shooting. Desiderio, on the other hand, had six points and four assists as he led Go for Gold’s bench mob.

The two have always brought out the best in each other. And Desiderio will carry every thing he learned from his good friend entering his final season with UP.

#ReadMore  Atin 'To: Paul Desiderio not to be denied as UP ends 32-year Finals drought

Dennison’s next stop is the 2018 PBA Rookie Draft. For him, he will carry every moment he shared with Desiderio with him to the big league.