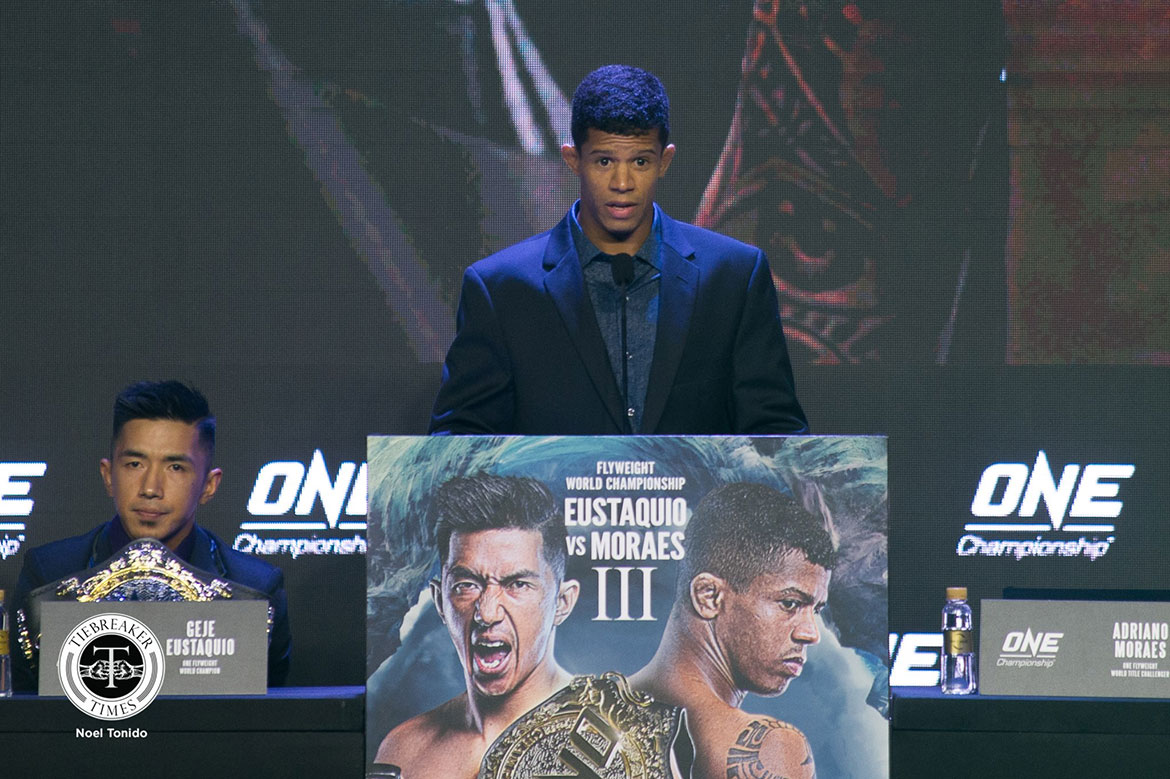 Seven months have passed since Geje Eustaquio eked out a split-decision win over Adriano Moraes to cop the ONE Flyweight World Championship.

But up to this day, the Brazilian still believes that he should have been the victor of that bout held in Beijing, China.

“I did good work. For me, I won that fight. If you watch the fight again, you can see so many points I did on Geje,” said Moraes, whose only silver lining from that bout was the Fight of the Night bonus.

On Friday, January 24, in the main event of ONE: Hero’s Ascent, Moraes gets a chance to settle the score against Eustaquio. The two athletes will face off for the first trilogy bout in ONE history.

“I came here to do it and I’m very excited for it,” expressed Moraes, who is 17-3 in his pro career.

The first bout between the two was in September of 2014, in Cambodia. The second bout was the title fight in Beijing, China. The finale, this time, will be held in Manila.

But Moraes does not see this as a disadvantage. Rather, Friday night is just another day in the office.

“It doesn’t affect me. I think it’s gonna affect him, you know? The pressure is on him,” opined Moraes, who last fought in Manila back in November, 2017. “For me, it’s just one more step. I was here last year when I fought against Danny Kingad. For me, the fight was very good.

“I feel at home here in the Philippines.”

On Friday, he plans to finish Eustaquio to put an emphatic end to this epic rivalry.

“It’s gonna be finished in the first or second [round], around that. This fight’s not gonna go to the judges.”

Isaac Go, 9-man Ateneo make it rain on San Beda to even series